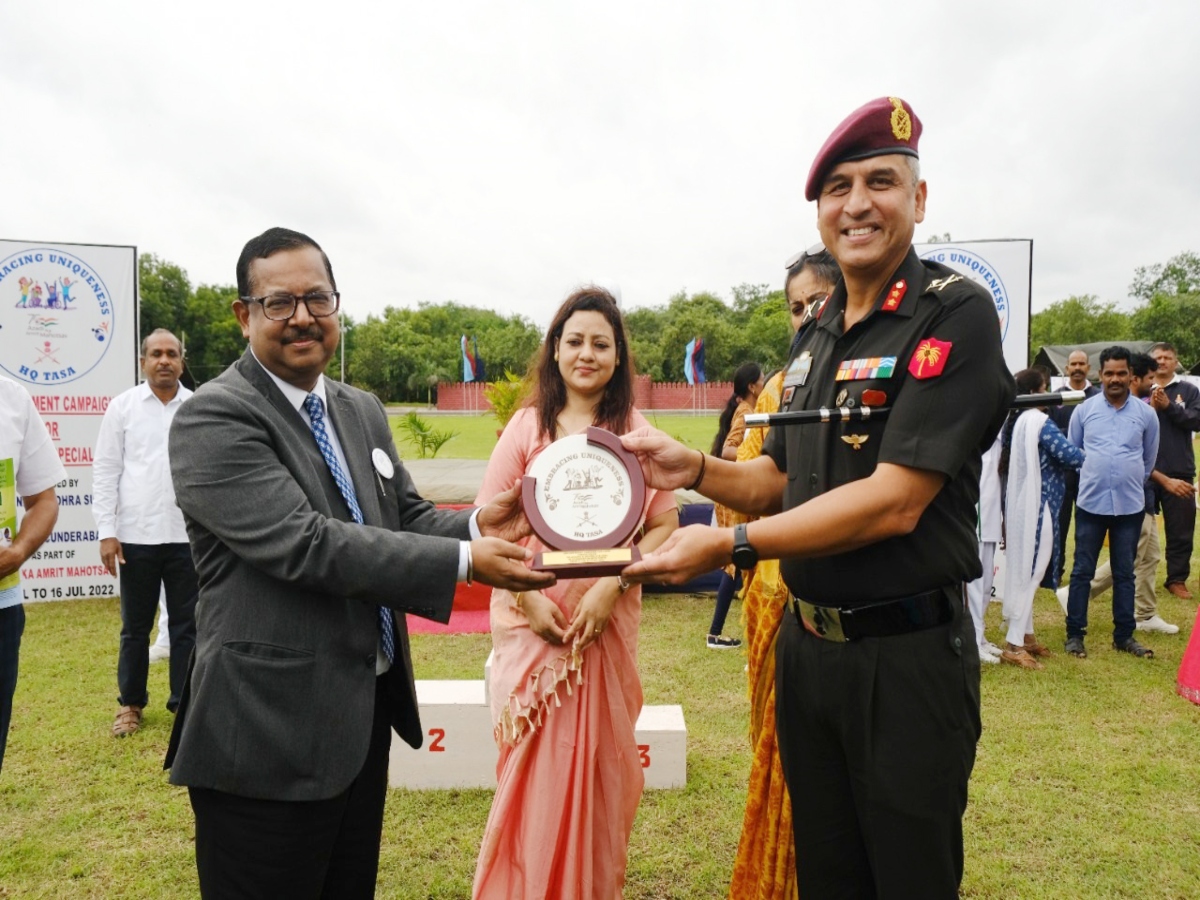 Hyderabad: The Chief Justice of Telangana Ujjal Bhuyan on Thursday attended a program by the Indian Army for children with special needs (CWSN).

The special empowerment campaign was organised as part of “Azadi ka Amrit Mahotsav” celebrations. It is a week-long event held between July 11 to 16. The Sports Day was conducted at the Gajraj stadium of the AOC Centre.

The event commenced with a march past in which children of Army Public Schools & CWSN took part together. Thereafter, CWSN from special schools including Asha School, Spurthi Cantt Board School and various NGOs participated in track & field events and fun games with vigour and stirring competitive spirit.

The winners were awarded medals and all participants were given Participation Certificates and gifts. Stalls were put up by  NIEPID (National Institute for the Empowerment of Persons with Intellectual Disabilities), Lemon Tree Group of Hotels, BR Ambedkar Open University, Telangana State Legal Services Authority along with NGOs such as Autism Ashram, Swayam Krushi, and Sadhana to create awareness.

Devnar School for the Blind and Swayam Krushi also staged cultural programs. The military band of AOC Centre enthralled the audience with martial tunes. Dogs from the Dog Unit of City Security Wing Hyderabad, Telangana Police bonded with the CWSN.

The Chief Justice then congratulated the organiseres for conducting the event and providing a platform for children with special needs.

Bhuyan spoke about the duty of citizens to provide opportunities to such children, and recognise their rights. He felicitated Monu Shaikh, a child who performed well in wheelchair cricket.