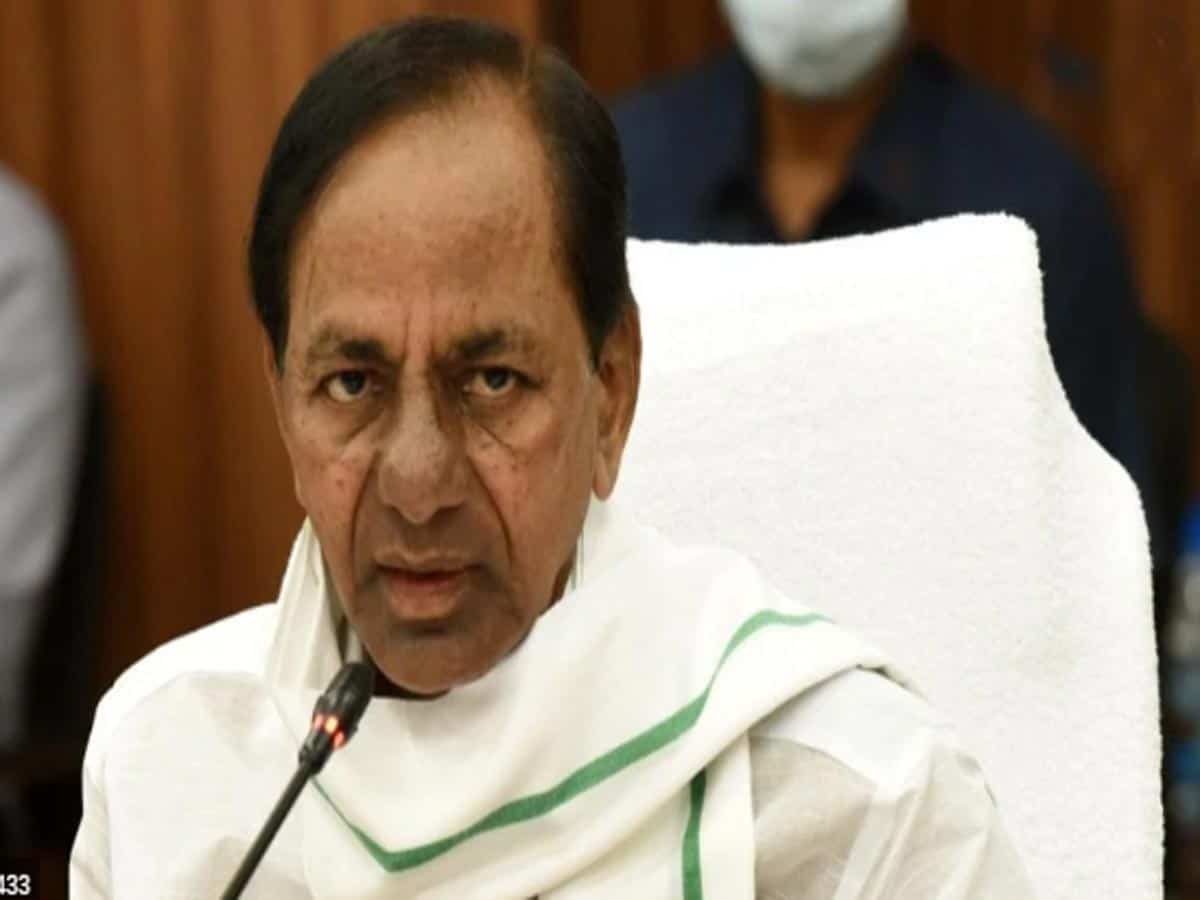 Hyderabad: Telangana Chief Minister K. Chandrasekhar Rao on Wednesday warned BJP leaders to mind their language and not to cross their limit.

Addressing a public meeting at Haliya in Nalgonda district, he took strong exception to the kind of language being used by BJP leaders.

Pointing to the large gathering at the public meeting, he said BJP leaders should know what their strength is.

KCR urged the opposition party to stop disrupting public meetings of others. “If you want to say something, hold a public meeting and speak. People will teach you a lesson,” he said.

This was KCR’s first public meeting since the Covid-19 induced lockdown and it assumed significance in view of ensuing by-election to Nagarjuna Sagar Assembly constituency.

The TRS leader announced several sops for Nalgonda district and appealed to people to vote for the party based on its performance.

KCR listed the number of steps taken by TRS government for the welfare and development. He slammed the Congress party, saying the party has no right to even take the name of Telangana.

He wanted to know why Congress and the BJP leaders were silent spectators when Nalgonda region was being subjected to injustice in undivided Andhra Pradesh. He said Nagarjuna Sagar project was shifted 19 km downstream and the district’s fluoride problem was not solved.

Before addressing the meeting, he laid the foundation stone for 13 lift irrigation schemes to be constructed at an estimated cost of Rs 2,500 crore providing irrigation facility for an additional ayacut of 1.3 lakh acres. Promising to complete them within the next one and half years, he told people that if he failed to do so he will not seek votes in the next Assembly elections.

He announced that the water problems of the district will be solved by pumping water from Paleru reservoir of Sitarama Lift Irrigation Scheme in Khammam district to Devulapally Balancing Reservoir.

KCR announced special funds worth Rs 186 crore for the local bodies in Nalgonda district. He also sanctioned Rs 20 lakh each for 844 gram panchayats from the Chief Minister’s Special Fund.

He also announced Rs 30 lakh each to every mandal headquarters, Rs 10 crore to Nalgonda Municipality, Rs 5 crore to Miryalaguda municipality and Rs 1 crore each for six other municipalities.