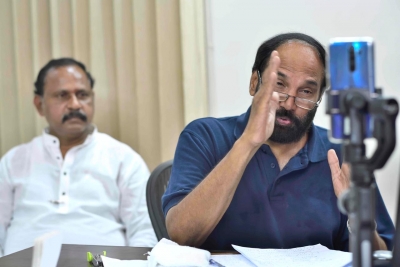 Reddy said, in a statement, that he has requested the party’s central leadership to take up the process of selection of new president of Telangana Pradesh Congress Committee immediately.

The Congress faced a severe drubbing with its candidates winning only two divisions in the 150-member GHMC. The party had a similar fate in the 2016 polls.

Reddy, who is also a member of Lok Sabha, said he had sent his resignation to the central leadership in the past. He has requested the All India Congress Committee once again to accept the same.

Reddy had led the party’s campaign in the GHMC polls. Party’s state leaders had participated in the campaign.

Unlike the BJP, which brought its national President and several Union Ministers for the campaign, the Congress campaign was a low-key affair.

Adding to Congress’ troubles, its leader and former MP Konda Vishweshwer Reddy, in his reaction to GHMC polls, stated that people are against the Telangana Rashtra Samithi (TRS) and they feel that only the BJP can take on the TRS.