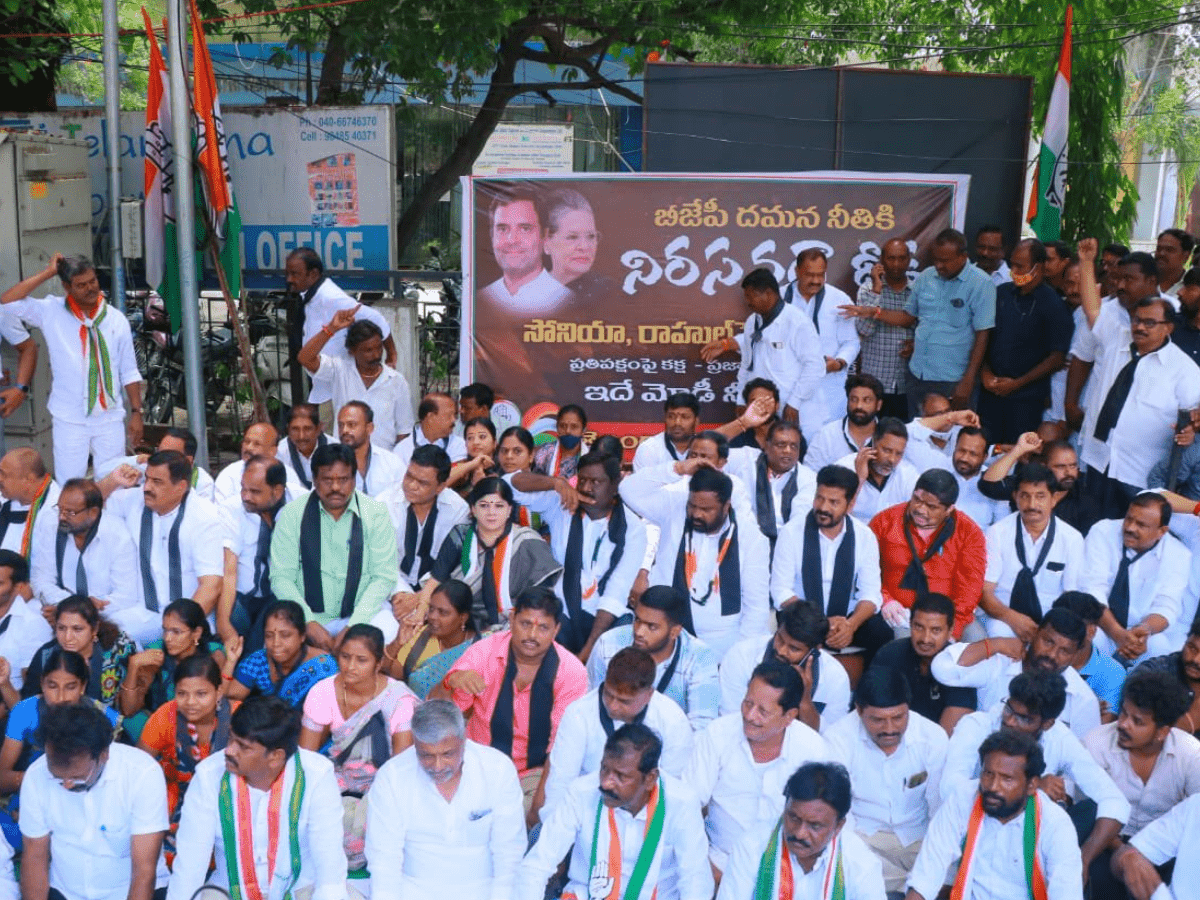 Hyderabad: Telangana party leaders staged a sit-in protest in front of the ED office in Basheerbagh, Hyderabad, as part of a national protest call after Congress MP Rahul Gandhi appeared before the Enforcement Directorate (ED) in connection with a money laundering case involving the National Herald daily.

The protest was headed by TPCC president Revanth Reddy, who claimed that the BJP-led Central government was exploiting central investigation agencies like the ED, CBI, and Income Tax as frontal organisations in preparation for future elections.

He also said, “The BJP will collapse the moment Sonia Gandhi enters the ED office for interrogation.”

“The RSS and BJP are attempting to wipe off the name of the Gandhi family in this nation,” T Jayaprakash Reddy, TPCC working president, stated.

The Congress staged a big demonstration that began at the Indira Gandhi statue on Necklace Road and ended to the ED’s Hyderabad headquarters.

Congress officials crouched on the road outside the office after arriving at about 12 p.m., as police closed the door. The demonstration continued till Rahul Gandhi arrived at the ED’s office. Sridhar Babu said the BJP will be paid back in the same currency if the Centre took action against Sonia and Rahul.