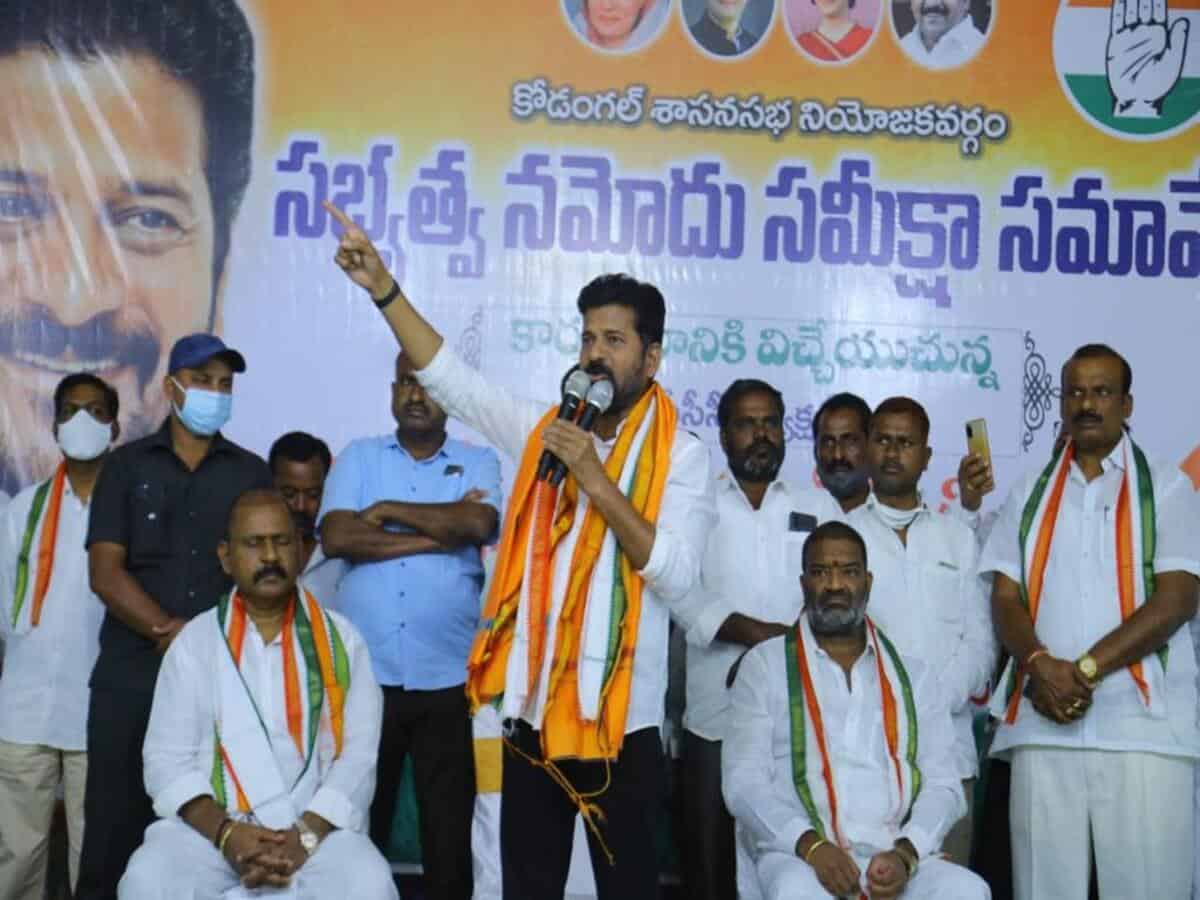 Hyderabad: Telangana Congress chief A Revanth Reddy on Friday said that the party will extend legal help to army aspirants lodged in cases due to the participation in Agnipath protests. He also demanded the immediate roll back of the Agnipath scheme keeping in mind the security of the country.

Revanth informed this in a press conference outside the Chanchalguda jail where he along with senior Congress leaders met with the jailed Secunderabad station protestors. “Written exams must be conducted for candidates who have passed the fitness and medical tests and they should be recruited,” he demanded.

He also demanded that cases lodged against the protestors should be taken back both by the Central and the Telangana state government.

“Most of the army aspirants are of the SC, ST, and BC community. Parents of these kids in remand have no idea about their whereabouts. Even cases like the attempt to murder and other non-bailable cases have been filed against them so that they don’t get hired by anyone in the future. The kids told me that they didn’t commit any sorts of destruction,” Revanth said.

Revanth also attacked the TRS and state chief minister K Chandrasekhar Rao regarding cases of the protestors. “The TRS shed crocodile tears on the death of Secunderabad protestor D Rakesh but has filed cases against these army aspirants in jail. TRS is resorting to politics on this issue,” he remarked.

During the protest against Agnipath Scheme at Secunderabad railway station on June 17, one person was killed while 12 others received injuries as an aftermath of the police’s firing.