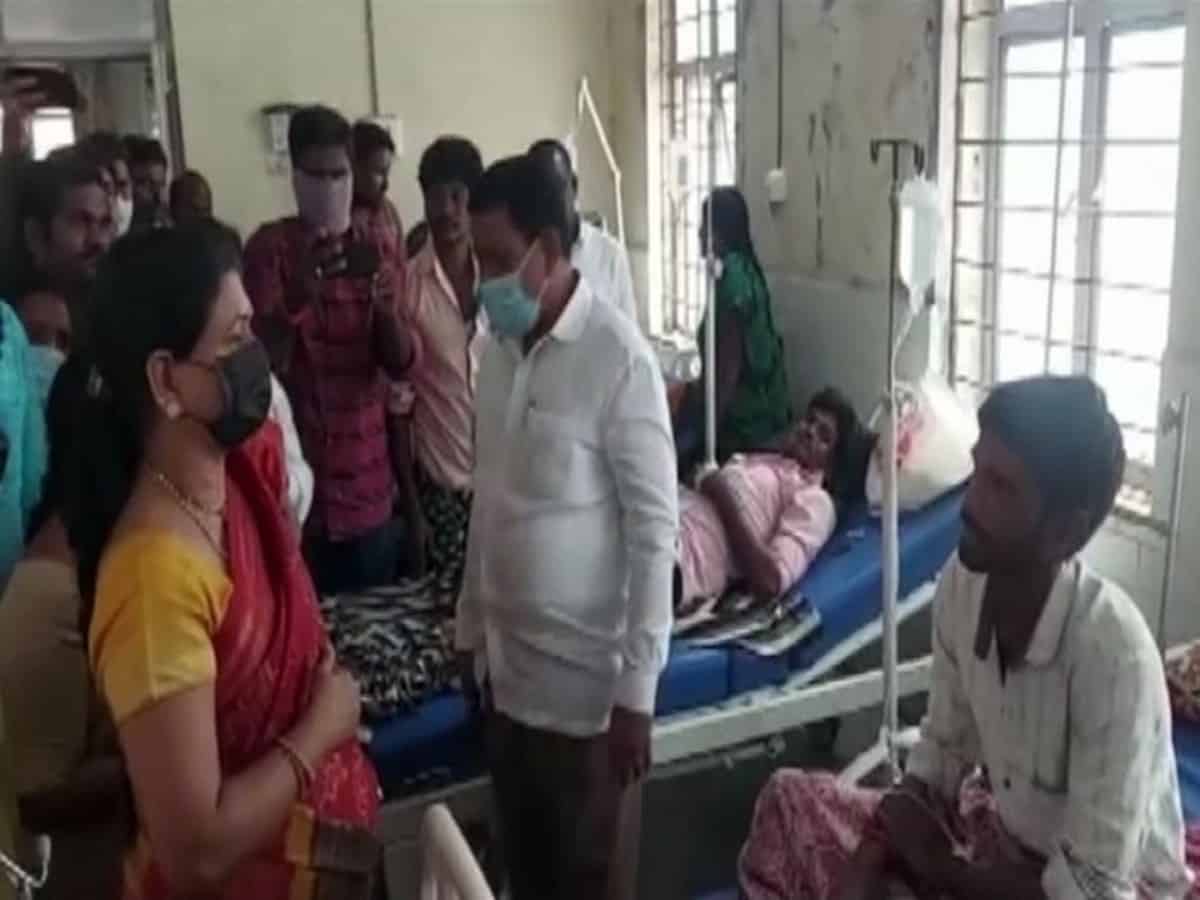 Gadwal: DK Aruna, the National Vice President of BJP, demanded on Saturday that the increasing number of illnesses due to water contamination in the city should be addressed.

She visited the Gadwal District Hospital on Saturday where the patients, who fell ill after purportedly drinking contaminated water, have been admitted.

As many as four died and 24 fell ill in one week after drinking the contaminated water from their residences in Gadwal.

Out of the 24 persons that fell ill, 15 were adults and nine were children who reported cases of stomach flu, vomiting and motion complications. Most of the cases have been reported from Gadwal.

Aruna urged the local and governmental authorities to take immediate action and respond to the plight.

Speaking to the media, she said that “The entry of polluted water into the Mission Bhagirathi (safe drinking water project for Telangana villages) reservoir led to hundreds of people falling ill after its consumption.”

She added that KT Rama Rao (KTR), the Minister of Municipal Administration and Urban Development of Telangana, should respond effectively to the situation.

Alleging inaction on part of the local authorities, she said, “Almost 96 patients including children are undergoing treatment in the Gadwal District Hospital. Four people have died. It’s unfortunate how no official is taking charge of the situation despite sufferings.”

Apart from this, she added that “People who are claiming that there is no problem with the water, should go and drink that water themselves. Then they will understand the problem.”

She questioned KTR’s silence on the situation, adding that KTR tweets for every small issue, then why he did not tweet over the water problem.

“Municipal Minster KTR should come to Gadwal town and drink the water, then KTR will come to know what is going on here,” she said.

Ranjan Rathan Kumar, the Superintendent of Police in Nalgonda, on Saturday ruled out water contamination as the reason for the four deaths that occurred in a week, claiming that they died due to their personal hygiene problems.

He said that no faults were found in the water after the local engineers and doctors examined the samples, and the infections reported were due to seasonal complications and personal hygiene maintenance.

No complaint has been registered against water contamination so far, he added.