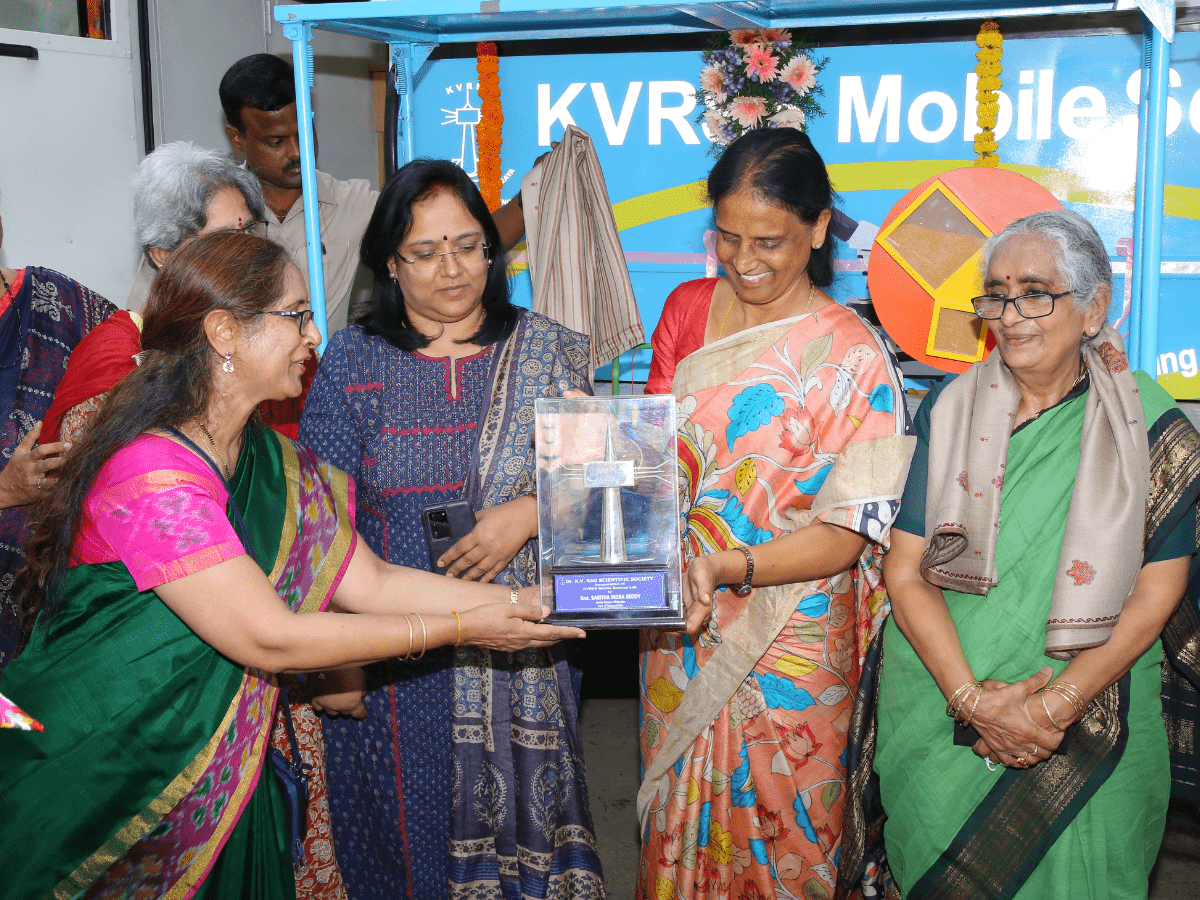 Speaking at the inaugaration, Reddy praised the innovation of KVRSS and guaranteed support from the ministry. She encouraged the use of the vehicle by suggesting the mobile science lab be sent to schools in various districts of Telangana for promotion of science. She appreciated the initiative taken up by K V Rao scientific society, a not-for-profit organization and guaranteed full support from the ministry of education and the state government.

The project is funded by Rani and Malli Varanasi through Lalitha Varanasi Fund of Orange County Community Foundation. Its Hyderabad representatives, Leela Devi and Rama Sastry Varanasi, graced the occasion.

The secretary of education Sandeep Kumar Sultania, commissioner and director of school education Sridevasena, district education officer of Telangana B Venkata Narasamma, were also present at the inauguration.

The K V Rao Scientific Society’s newest innovation has been designed on the Eicher Bus Chassis and is a fully equipped lab containing all the necessary models and concepts for learning science from class 7 to class 10.

The mobile science lab is equipped with Mathematics, Physics, Chemistry, and Biology demonstration kits and models which enables experiential and hands-on learning of various scientific concepts for the students to carry out scientific projects. It is also installed with state-of-the-art built-in audio-visual facilities.

The KVRSS Mobile Science Lab plans to tour schools established in and around the twin cities, Hyderabad and Secunderabad which are in need of lab facilities.