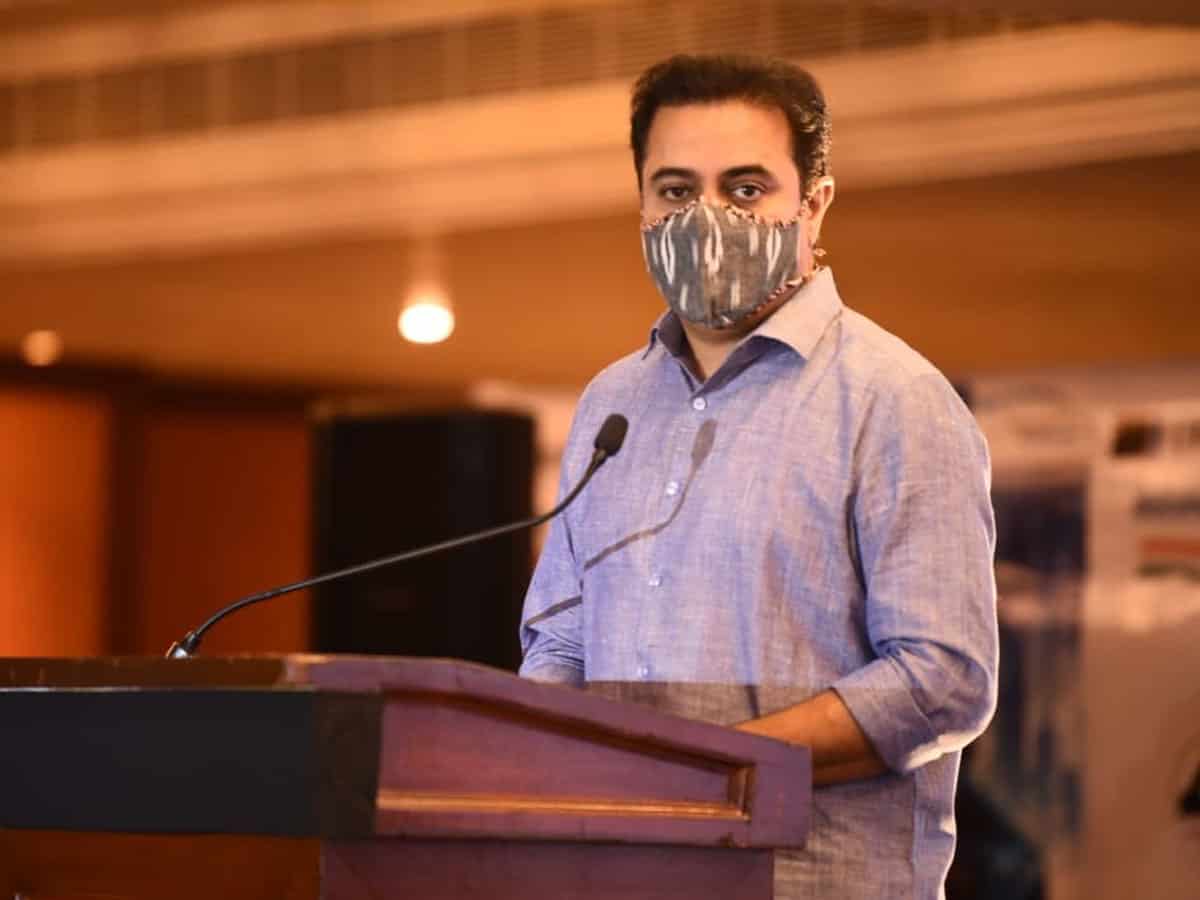 Hyderabad: As part of its policy to encourage information technology in tier II towns in Telangana, the state government on Friday launched work on IT Hub in Nalgonda.

Information Technology Minister K.T. Rama Rao laid the foundation for the IT Hub, which will be constructed in three acres, with a built-up area of 75,000 square feet.

This state of the art facility will have all the advanced facilities in a plug and play manner.

The IT Minister said these companies will create jobs for 1,500 local youth. He said the building for the IT hub will be ready in 16-17 months.

He quoted the IT entrepreneurs that Covid-19 has come as a blessing in disguise as it has led to a situation where the work can be done not just from home but from anywhere.

He asked the District Collector and other officials to provide temporary facility to these companies so that they can set up their operations immediately.

KTR, as the minister is popularly known, said Nalgonda will be the six tier II town to have an IT Hub.

KTR recalled when the Telangana Rashtra Samithi (TRS) came to power in 2014, IT was confined to Hyderabad but Chief Minister K. Chandrasekhar Rao set the goal to take it beyond Hyderabad so that tier II towns also enjoy fruits of technology and the youth in these towns also get jobs.

He announced that the IT Hub in Nalgonda will also have a centre of Telangana Academy of Skills and Knowledge (TASK) to train educated youth in IT skills. The facility will also have a regional centre of T Hub to encourage innovations by local youth.

The minister claimed that Telangana was marching ahead on the path of development not just in agriculture and rural development but also in industry and information technology.

He said in a short span of seven years, Telangana witnessed rapid growth.