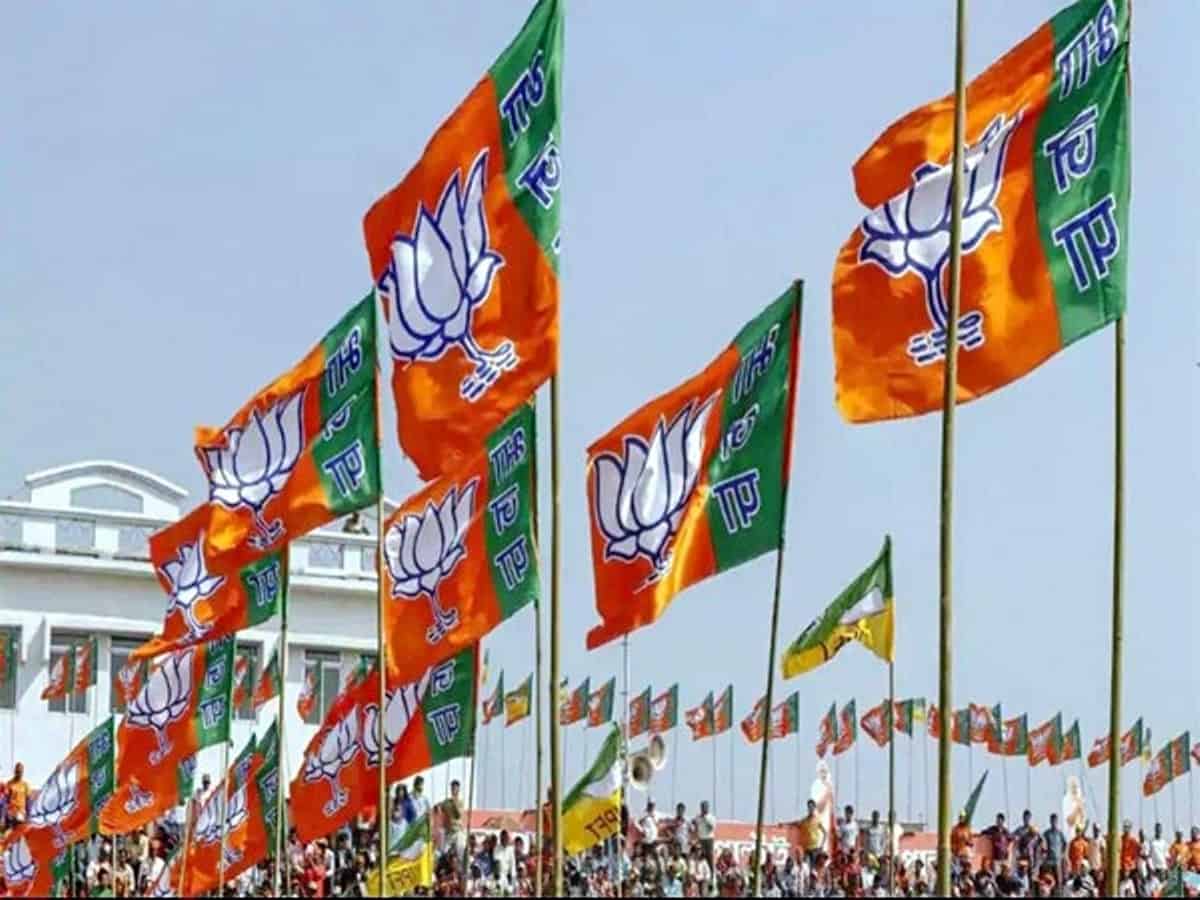 New Delhi: With its sole objective to make inroads in Telangana, the BJP has started preparing for Parliamentary and Assembly elections in the southern state.

To increase the party’s tally in the Lok Sabha from Telangana in the 2024 general elections, Union ministers are frequently visiting the Parliamentary constituencies there, even as senior leaders from the state have been given clusters of Assembly seats to reach out to the people.

Sources said that several Union ministers will be travelling across Telangana to find BJP’s strengths and weaknesses, and prepare for the polls.

“Visits by Union ministers is part of our nationwide programme to focus on the Lok Sabha seats we lost in 2019. Union ministers have been asked to do ‘pravas’ to look after 16 of the 17 constituencies in Telangana.

It is learnt that till the Lok Sabha elections in 2024, these Union ministers will tour the Parliamentary constituencies and collect feedback on the implementation of Central government schemes, and oversee organisational activities like formation of booth committees and appointment of ‘panna pramukhs’.

“Regular visits by Union ministers create an atmosphere in favour of the party in the run-up to the elections. The Union ministers will submit a detailed report to party chief J.P. Nadda and national General Secretary (organisation) B.L. Santhosh,” a senior BJP leader said.

Making the party fully-prepared for the Assembly in case elections are advanced, the BJP has planned to visit all the villages in Telangana. The BJP has already started a ‘scooter yatra’ to reach out to the people in all the Assembly constituencies of the state.

Rajya Sabha Member and former Telangana BJP President K. Laxman said: “Telangana BJP has formed a group of 10 state leaders who have been given responsibilities of 10 Assembly constituencies each. They will tour every single village in these seats under our ‘Praja Gosa – BJP Bharosa’ (issues of the people — trust in BJP) programme.”

The first phase of the programme has started and will continue till August 14. Every month, these leaders will visit villages and hold ‘chaupal’ to interact with the villagers.

To reach out to the the maximum number of villages and people, the BJP leaders are touring on scooters.

During the ‘scooter yatra’, the BJP leaders will also spend a night in each village and they will be accompanied by 100-150 workers. They will interact with the people and all the schemes of the Narendra Modi government will be highlighted.

“Our leaders will cover seven-eight villages every day and the party’s Central leadership has asked to complete the exercise by December. The entire programme has been planned to make the party fully prepared in case the Assembly elections are advanced,” a party leader said.