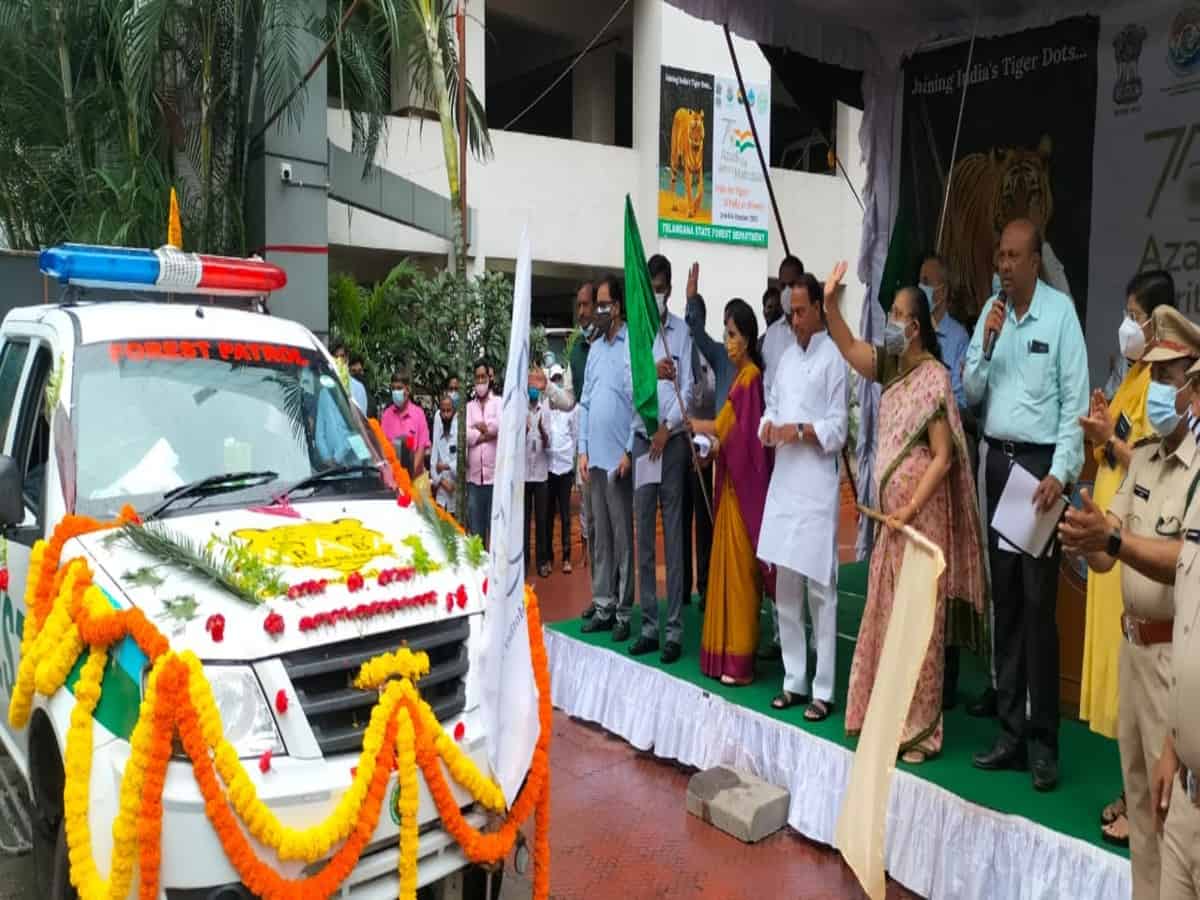 Hyderabad: The state Forest department on Monday flagged-off ‘India for Tigers- A Rally on Wheels’, a rally from the states of Andhra Pradesh and Telangana that starts from the Nagarjuna Sagar Tiger Reserve. It will pass through the Amrabad Tiger Reserve, Kawal Tiger Reserve, Satkosia Tiger Reserve and will end at Simlipal Tiger Reserve on the October 2, followed by celebrations.

The rally was flagged-off by Telangana forest minister A. Indrakaran Reddy at the department’s head office, Aranya Bhavan, as part of the central government’s ‘Azadi ka Amrit Mahotsava’ celebrations.

The Telangana Forest department’s rally will cover a distance of over 7500 km in a span of 7 days between October 2 and 8. It will journey across 51 tiger reserves, 18 states, following assigned routes and will unite at a designated focal point of celebration.

The idea for the‘India for Tigers- A Rally on Wheels’ is to culminate the event at Ranthambore, Kanha, Melghat, Bandipur, Similipal, Sunderbans, Manas, Palamau and Corbett tiger reserves, to represent nine initial reserves designated under the ‘Project Tiger’ in 1973, said a press note from the Telangana Forest department.

The proposed pan India outreach activity is taking place with the twin objectives of celebrating India’s 75 years of independence and tp spreading the message of biodiversity conservation under the ambit of Project Tiger and Integrated Development of Wildlife Habitats (IDWH) programme of Ministry of Environment Forest and Climate Change (MoEFCC).