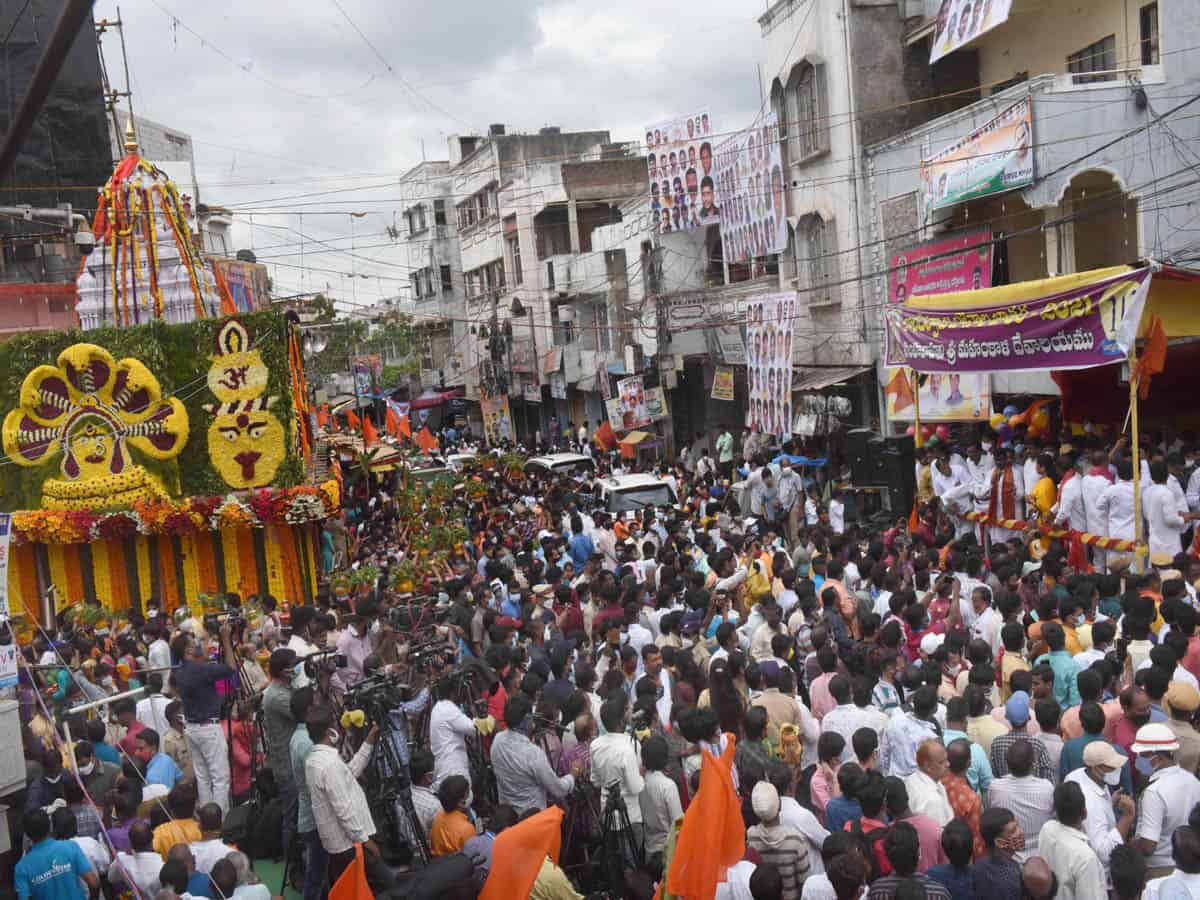 Additional police force and SHE Teams will be deployed around temples to increase safety, during Bonalu. The state government has sanctioned an extra Rs 15 crores, which would be awarded to members of various temple committees, in addition to the Rs 100 crore approved for various development projects close to temples.

“Earlier, many temple committees used to depend on donations ahead of Bonalu for taking up paintings, renovation, illumination etc, However with the State government sanctioning funds, elaborate arrangements are being made without any difficulty,” the minister added.

The minister was attending a meeting to discuss preparations for Bonalu, in a meeting on Saturday at Secunderabad with the Ujjaini Mahankali Temple committee.

The temple committee is preparing the site for Bonalu festivities scheduled for July 17 and 18.

Home minister, Mohammed Mahmood Ali, Endowments Minister A. Indrakaran Reddy, Commissioner Lokesh Kumar of the GHMC, Hyderabad Commissioner of Police CV Anand, and the Managing Director of the HMWSSB Dana Kishore were among those present at the meeting.

The state has also put in place traffic restrictions for the festivals scheduled to take place between June 30 to July 28 2022.

The traffic police have released an advisory emphasising traffic diversion due to various pujas scheduled during the festival.

The traffic department anticipates heavy traffic on the routes going towards the Golconda Fort including the roads connecting Ramdevguda to Golconda Fort going through Makkai Darwaza, and Langar Houz to Golconda Fort via Fathe Darwaza. Another area which is likely to be busy with the Bonalu processions is the Shikpet Nala, Seven Tombs to Golconda Fort through Banjara Darwaza.

The Bonalu processions will pass through the above-mentioned area during the aforementioned dates. Traffic restrictions in these areas will be in effect between 8:00 AM to 11:00 PM. Commuters are required to take diversions to avoid inconvenience.