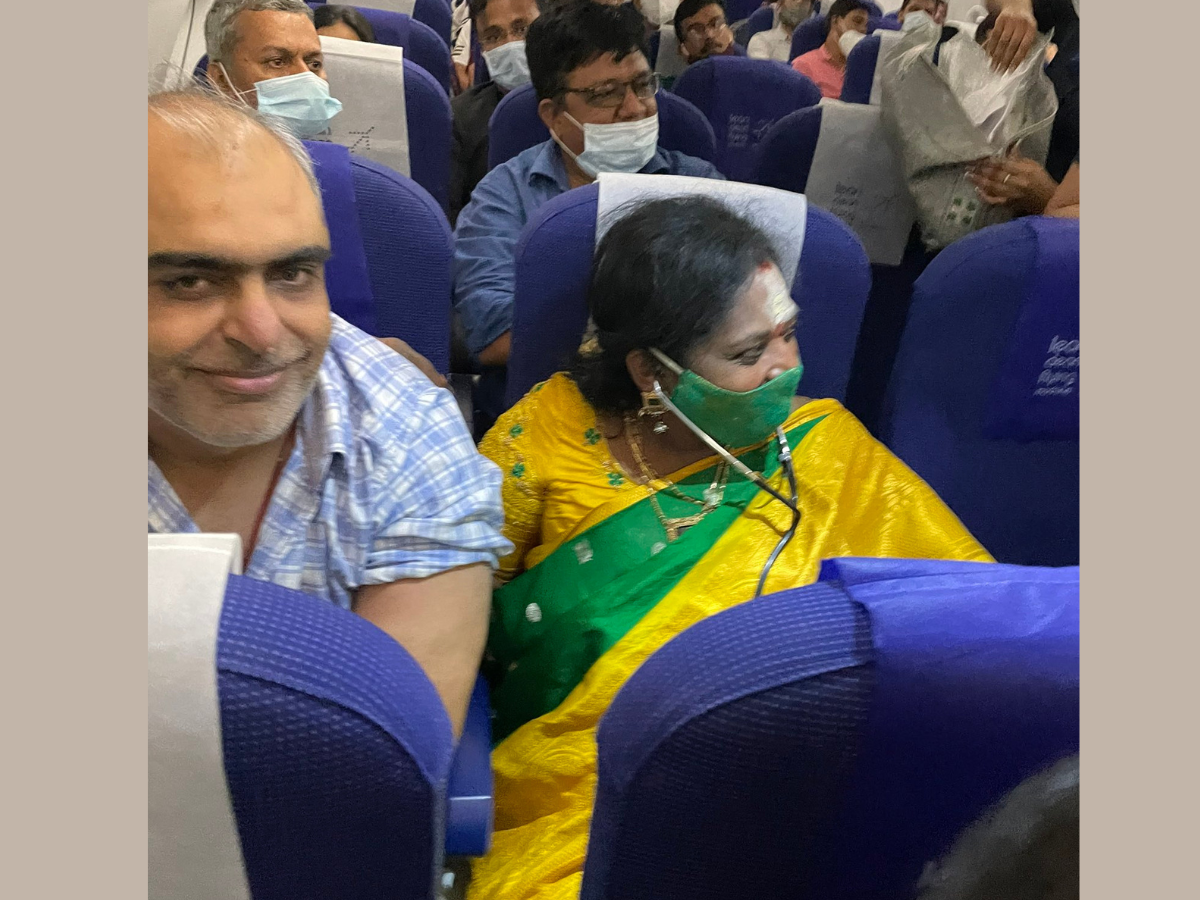 Hyderabad: Telangana Governor Dr Tamilisai Soundararajan donned the role of a physician to attend to a co-passenger who took ill aboard a New Delhi-Hyderabad flight on Saturday.

Dr Soundararajan tweeted that she rushed to the rear only to see a passenger looking drowsy sweating profusely. He had symptoms of indigestion.

“Made him lie flat. Checked vitals with first aid and supportive drugs and assurance. There was a smile on his face as much as on co-passengers,” wrote the governor.

On arrival in Hyderabad, the passenger was transported in a wheelchair to the airport medical booth.

Soundararjan appreciated IndiGo air hostess and staff for timely alert and facilitation. She made some suggestions for the airline.

The governor said the first aid kit must be kept in a ready to use stage and contents verified daily. She suggested that doctors travelling on board can be noted on travel charts as in railways to attend emergency calls.

She noted that it was 4 a.m. mid-air and she was awake to take the call. Your call may go unnoticed in sleepy hours, she said.

She advised the airline to impart Cardio Pulmonary Resuscitation (CPR) skills training to its crews on board to help the sick on flight. “I advise even citizens to take a formal CPR training to save others in emergencies,” she added.

Tamilisai Soundararajan had started her career as a medical practitioner after completing her M.B.B.S., P.G. in Gynecology. She was a practicing physician before entering politics.