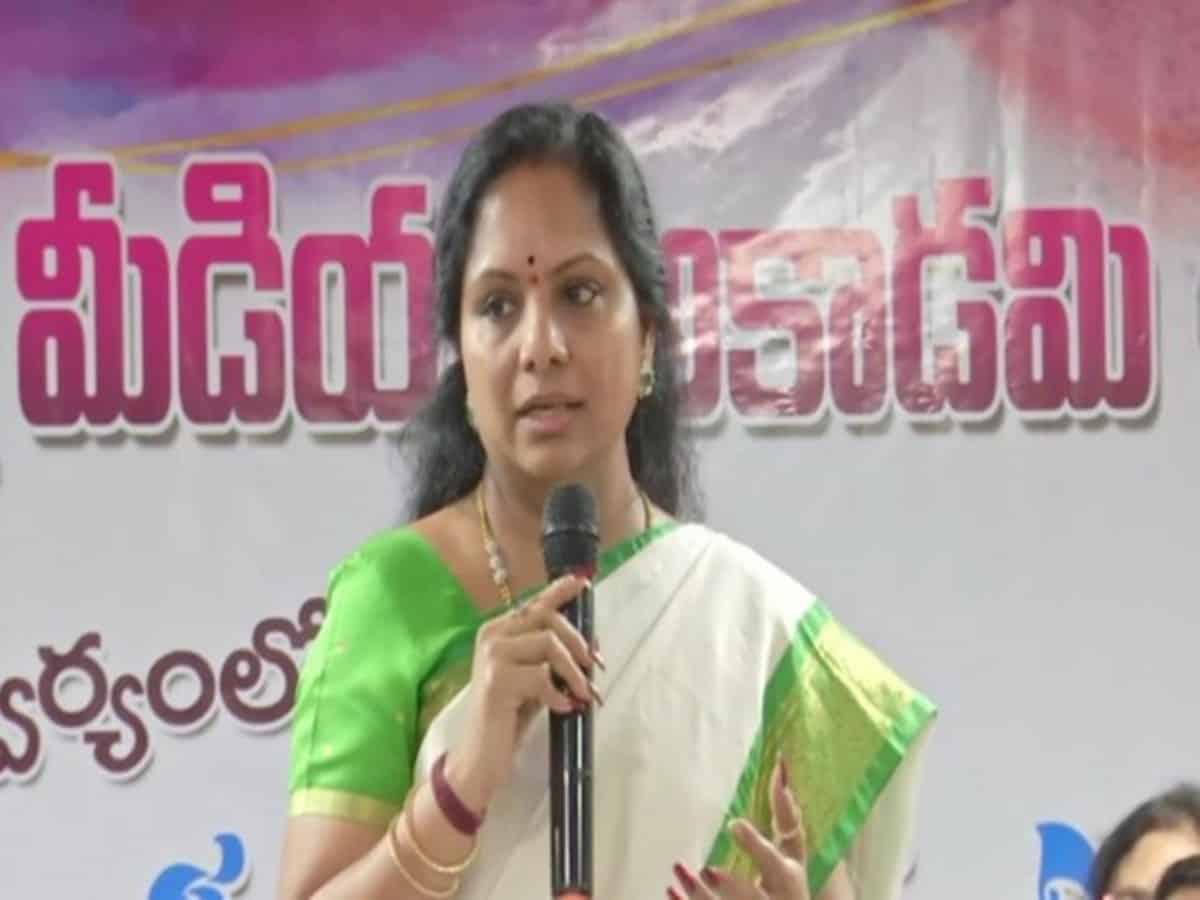 Hyderabad: In a sharp attack, senior d MTRS leader an LC K Kavitha on Thursday alleged that the office of the governor had been turned into a “political stage” working to “defame” the Telangana government while adding that “BJP-driven smear campaigns” would not cut any ice with the people.

“The office of Governor of Telangana has turned into a political stage that is determined to defame the TRS Govt and CM KCR garu. The statements of Hon’ble Governor come at a time when they realised that the BJP driven smear campaigns can’t con the people of Telangana,” Kavitha said in a tweet.

The senior TRS leader was apparently hitting back after the Telangana governor Tamilisai Soundararajan claimed that the Governor’s office was “humiliated” under the government.

Soundararajan today, participated in the “Beginning of Fourth Year in the Service of People of Telangana” at Raj Bhavan. The Governor took a dig at the TRS government in the state and said that the “governor’s office was humiliated”.

Recalling the 75th Independence day she said she was disheartened by the fact that the Governor was not allowed to hoist the flag. Soudarajan had also sought to raise several other issues pertaining to the state government. The governor also said that the condition of the government hospitals is really bad and a director of a government hospital was getting admitted to a private hospital.

However, on the same day, TRS hit back at the criticism through the tweets by Kavitha.

It is worth mentioning that the state’s ruling TRS-led by Chief Minister K Chandrasekhar Rao and the BJP, which is the ruling party as the Centre, have been engaged in a bitter war of words. Chief Minister Rao has been presenting himself as a strong opponent of the BJP. In a recent meeting he had invited “intellectuals and thinkers to join him in the fight against the division of people in the name of religion for selfish politics”.

The BJP has also launched strong attacks on the TRS government accusing it of failing on multiple fronts.