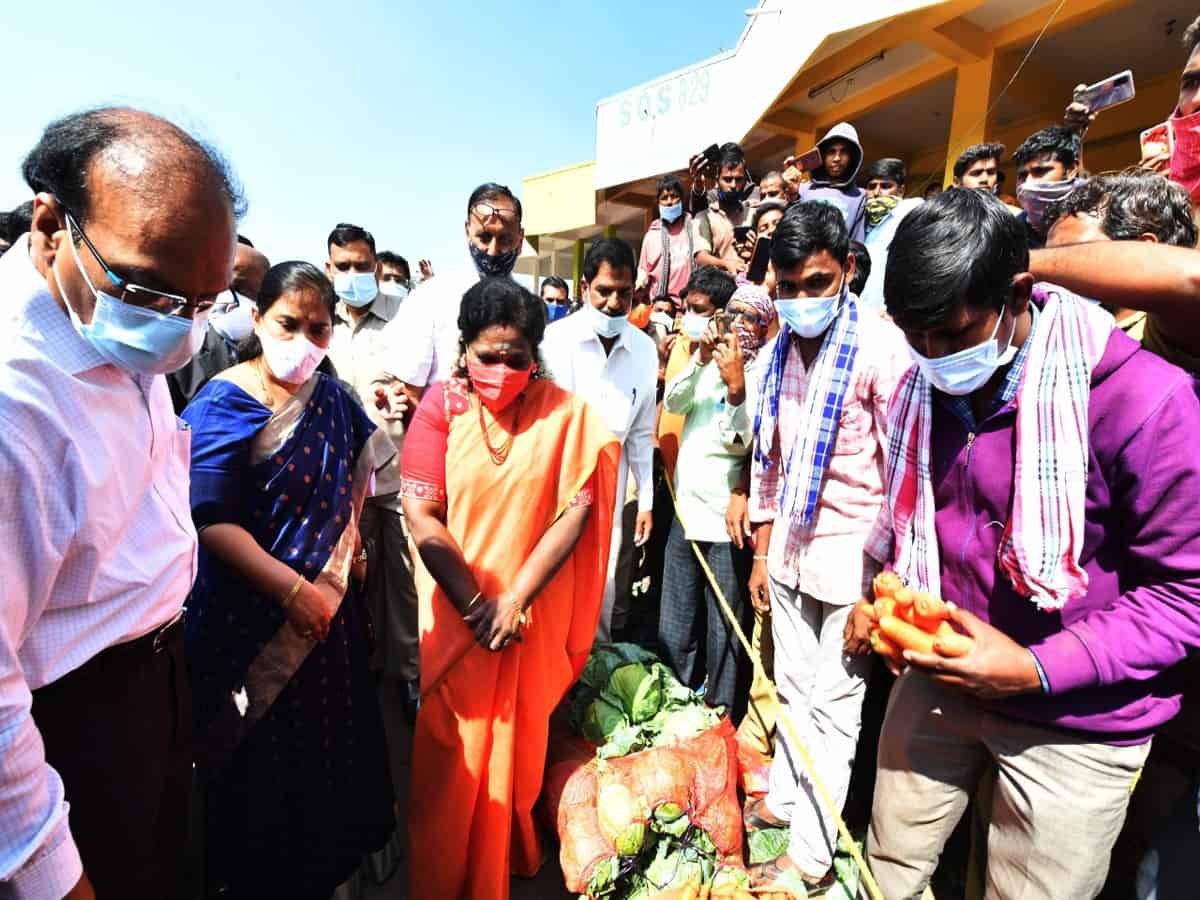 She went around the plant converting the waste into electricity and bio-fuel.

The Governor appreciated the CSIR-IICT scientists for the innovative idea. She lauded the initiative of agriculture and marketing officials for translating the idea into a reality thus setting an example for others to follow.

The Prime Minister during his monthly radio programme ‘Mann ki baat’ on Sunday had mentioned about the plant and praised the market for the innovative effort.

The Governor termed the plant as a true role model for other agriculture markets across the state and country. She said this deserves replication for effective disposal and utilization of vegetable waste generated in the markets.

The plant, which is developed using indigenous technology, was funded by Department of Biotechnology, Government of India as part of the CSIR-IICT project. The TS agriculture and marketing department too supported the plant by funding and allocation of the land.

“Renewable energy is environmental friendly and need to be promoted in a big way. It is like creation of wealth from waste,” she added.

This is one genuine example of the ‘Vocal for Local’ concept and Atmanirbhar Bharat vision of the Prime Minister, she said.

Earlier, the Governor went round the market and interacted with the enthusiastic vegetable sellers and the farmers, who were visibly overjoyed to interact with the first citizen of the state.

Governor’s husband and eminent nephrologist Dr. P. Soundararajan, Secretary to Governor K. Surendra Mohan were among others who were present.