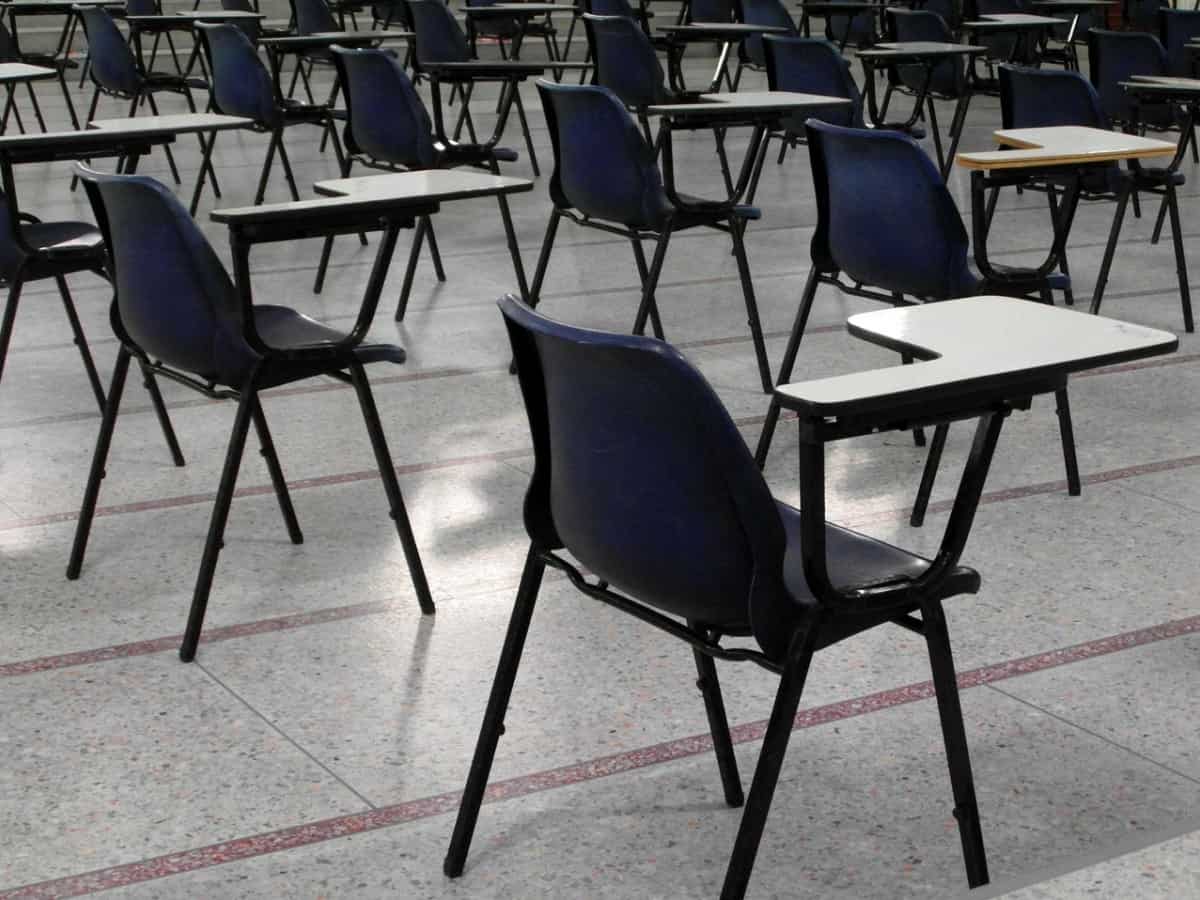 Hyderabad: Telangana government may cancel SSC and intermediate examinations this year too due to incomplete syllabus, low students’ attendance during classes etc.

Although the SSC and intermediate examinations in Telangana are scheduled to be held from May 1 to 19 and May 17 to 26 respectively, the officials of intermediate board in a meeting with Chief Minister of Telangana State K. Chandrashekar Rao and education minister P Sabitha Indra Reddy on Tuesday expressed their views against conducting intermediate ethics, environmental and practical exams that are scheduled to be held on April 1, 3 and 7 respectively, Deccan Chronicle reported.

Meanwhile, the officials of the SSC board said that conducting the exam is not possible. They also said that only the first formative assessment has been completed till now.

As per official sources, the Telangana government is considering the proposal to cancel the SSC and intermediate examination, the report said.

The officials said that if these examinations are not cancelled, ‘level playing field’ for government and private educational institutions’ students will not be ensured.

It may be recalled that the educational institutions in Telangana State were shut in mid-March, a few days before the imposition of nation-wide lockdown. Students of class 1 to 11 were promoted to the next class without conducting the examination.

For the academic year 2020-21, online classes began on September 1. Following requests from parents of many students, the authorities decided to reopen schools for physical classes for class 9 and above. Later, the government allowed the re-opening of schools for class 6th to 8th too.

However, due to the surge in coronavirus cases in the State, the education minister on Tuesday announced that except medical schools, all other educational institutions will be shut.

Meanwhile, the daily covid-19 count in Telangana reached 493, the media bulletin by the director of public health and family welfare reported.

Four more succumbed to the illness raising the toll to 1,680.

As many as 3,684 patients were undergoing treatment, it said, providing data as of 8 pm on March 24.