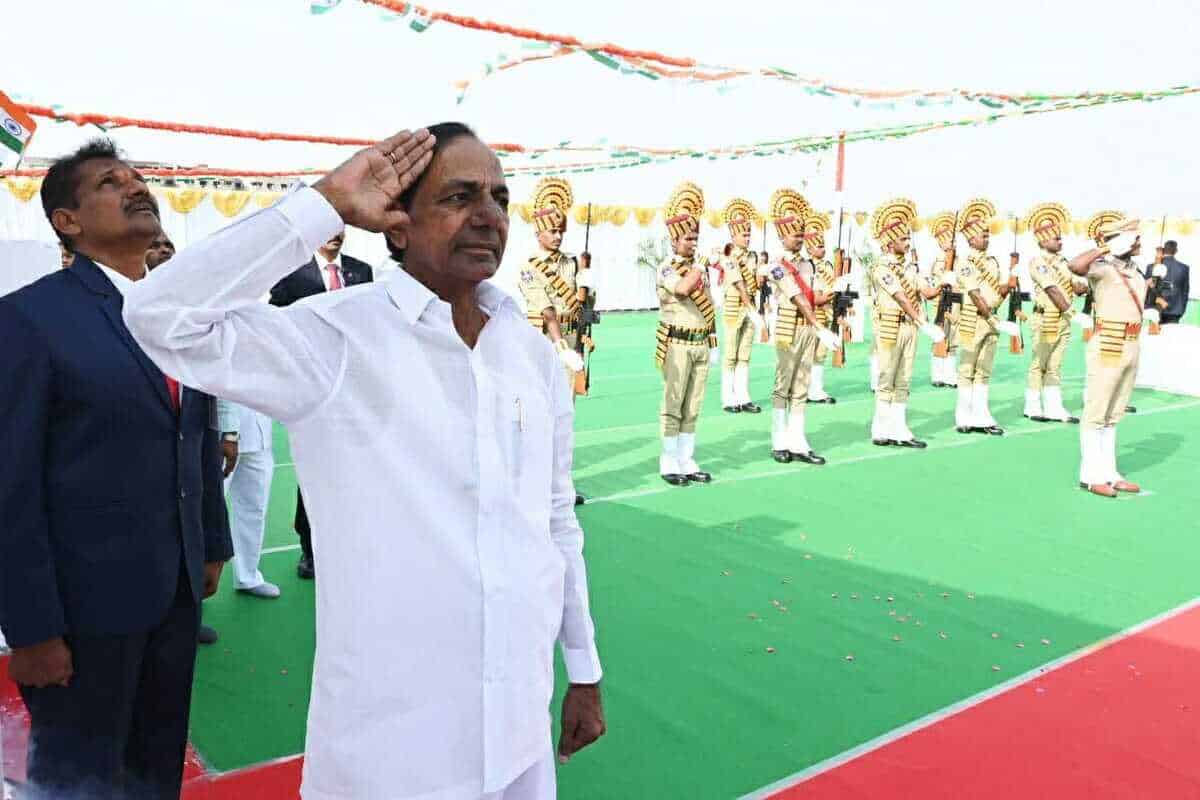 Hyderabad: Ahead of the country’s 75th Independence Day celebrations, the Telangana government has decided to celebrate “Swatantra Bharatha Vajrotsava Dwi Saptaham” for two weeks, seven days before and the same number of days after August 15, and also distribute 1.20 crore national flags for hoisting across the state.

Chief Minister K Chandrashekhar Rao has instructed the officials concerned to organise a slew of programmes emphasising patriotism and educate the new generations about the freedom fighters, their sacrifices and the fruits of the national freedom struggle enjoyed in the country, an official release said on Saturday night.

“CM KCR said that the national flag should be hoisted on every house in the state. For that, 1.20 crore tri-colour flags will made available,” it said.

Speaking on the occasion, KCR, as Rao is popularly known, said, “The present generation should acquaint (themselves with) knowledge about the freedom struggle, sacrifices, the then national leaders and martyrs in the struggle… Every Telangana citizen should take part in the diamond jubilee celebrations of Independence Day from village to town and spread the message of India’s glory as One India.”

He instructed the officials to give orders to handloom and power loom workers from Gadwal, Narayanpet, Siricilla, Pochampally, Bhongir and Warangal to manufacture the flags.

KCR instructed the officials to take steps to light the diamond jubilee flame from the villages to towns under the supervision of Panchayat Raj and Municipal Administration departments.

KCR appealed to media houses to display the national flag on the screen and publish the tricolour flag symbol on their mastheads during the 15 days of celebrations. He requested the media companies to telecast special programmes on patriotism.