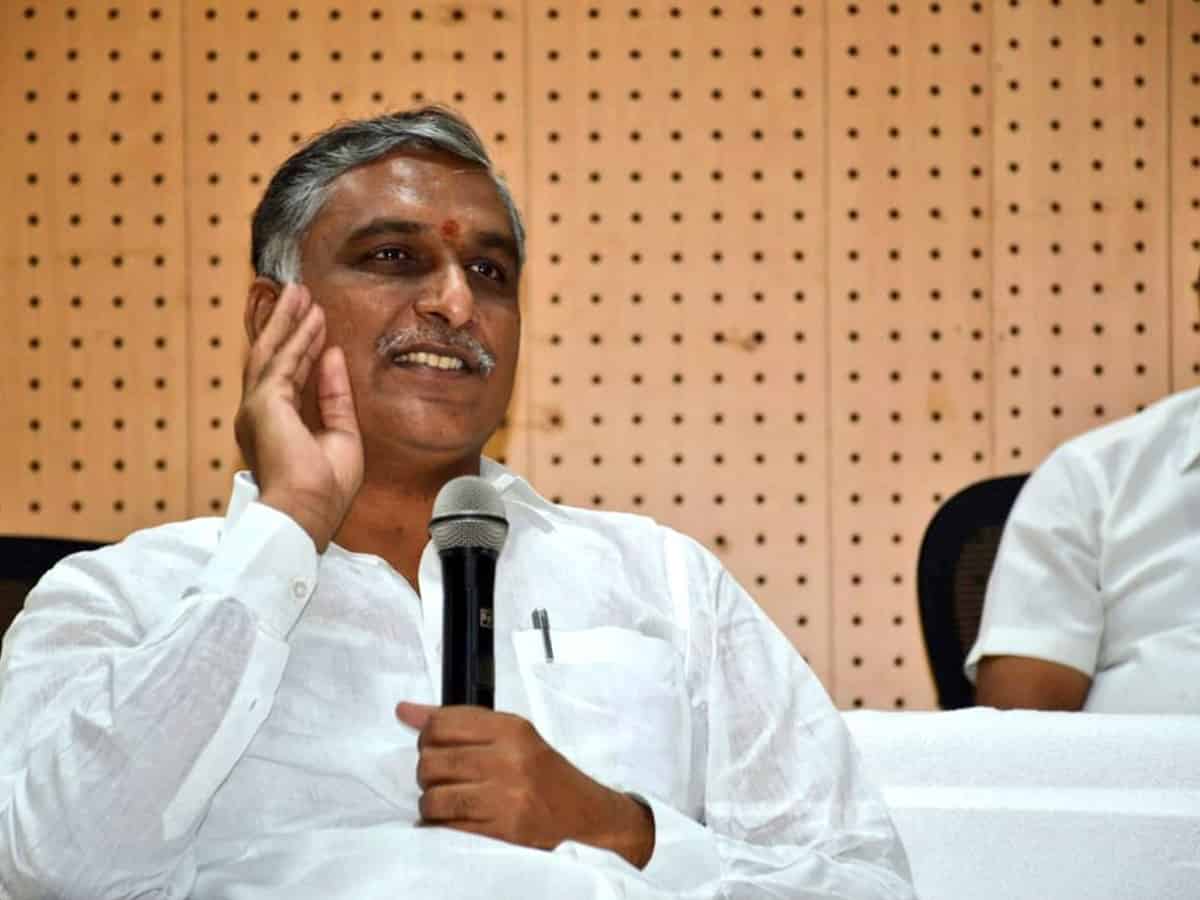 The Telangana Finance Minister said that the BJP and Congress are worried about the jobs and the welfare schemes in Telangana as there are no such schemes in the states ruled by them.

Rao challenged the BJP to launch such welfare schemes in their states.

Rao inaugurated an agriculture market yard in Karimnagar’s Jammikunta area and distributed Rs.2.13 crore aid in self help groups and promised that another 1.50 crore shall be distributed before the Bathukamma festival.

The Minister said that the TRS Government had introduced Kalyana Lakshmi scheme to help the marriageable girls of the poor families and had increased the aid amount from Rs. 50000 to Rs. 1.16 lakh.

Harish Rao further said that the government had supplied clean drinking water to every household during the past two years.

“In the past, the people were afraid to go to the government hospitals but the TRS government had ensured corporate style treatment facilities in these hospitals,” Rao said.

“The BJP government in Centre since the time it came to power had increased the prices of petrol, diesel and the cooking gas and hence the BJP leaders have no right to seek votes from the people, ” Rao said.

The chief minister is in favour of providing 2 BHK homes for every poor family in the state.

“Every Telangana minister has the right to provide 4000 homes to poor families. A total of 5000 homes were allotted in Huzurabad Assembly constituency,” Rao said.

Another state minister K Ishwar said steps are being taken for the progress of all communities. He appealed to the women’s self help groups to ensure big victory for TRS candidate in Huzurabad constituency.