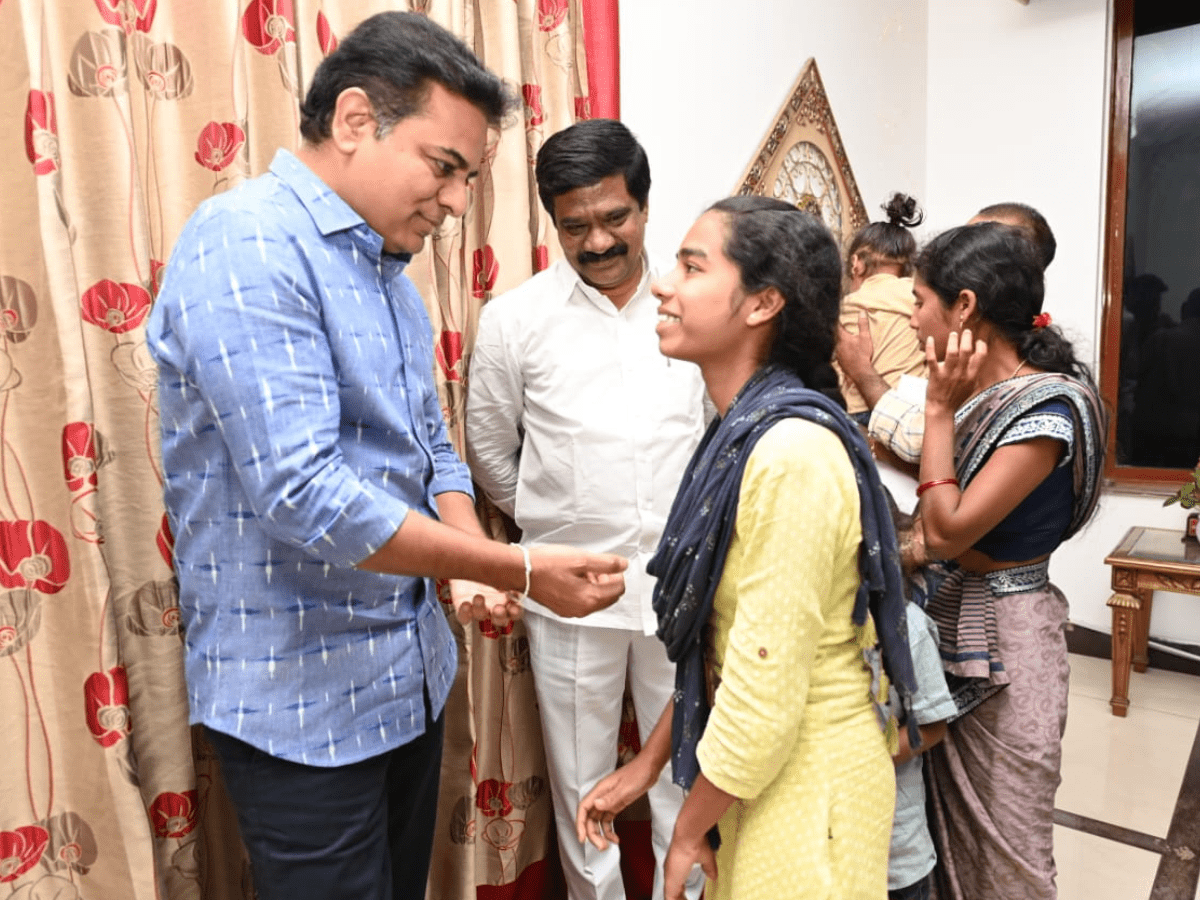 Hyderabad: An orphan girl who was offered four job opportunities, after she completed her graduation with the help of IT Minister KT Rama Rao, expressed her gratitude and tied rakhi to him on Monday.

According to a press release, three years ago Rudra Rachna had suffered a shortage of funds to cover the costs of her hostel and college had sent out a plea on social media calling for help. Following this, IT minister KTR reached out to the woman and offered to cover the cost of her studies and quarters.

In July 2019, Rachna was admitted to Chaitanya Bharathi Institute of Technology (CBIT), an engineering college located in Gandipet.

Rachana who hails from Thandriyal village, Kathalapur Mandal, Jagtial district was orphaned during her childhood and had to face several hardships. Rachana stayed in an orphanage while pursuing her tenth grade.

She completed a diploma at a polytechnic college in Hyderabad while residing at a home managed by the government in Yousufguda. She passed ECET and was accepted into CBIT, Gandipet’s BTech Computer Science programme. She was unsure about her future and lacked the funds to pay the expenses for pursuing her B Tech when minister KTR extended a helping hand.

Rachana was able to pursue her education at CBIT when Minister KTR offered financial aid. She finished the programme in June 2022 and received four employment offers throughout her final semester.