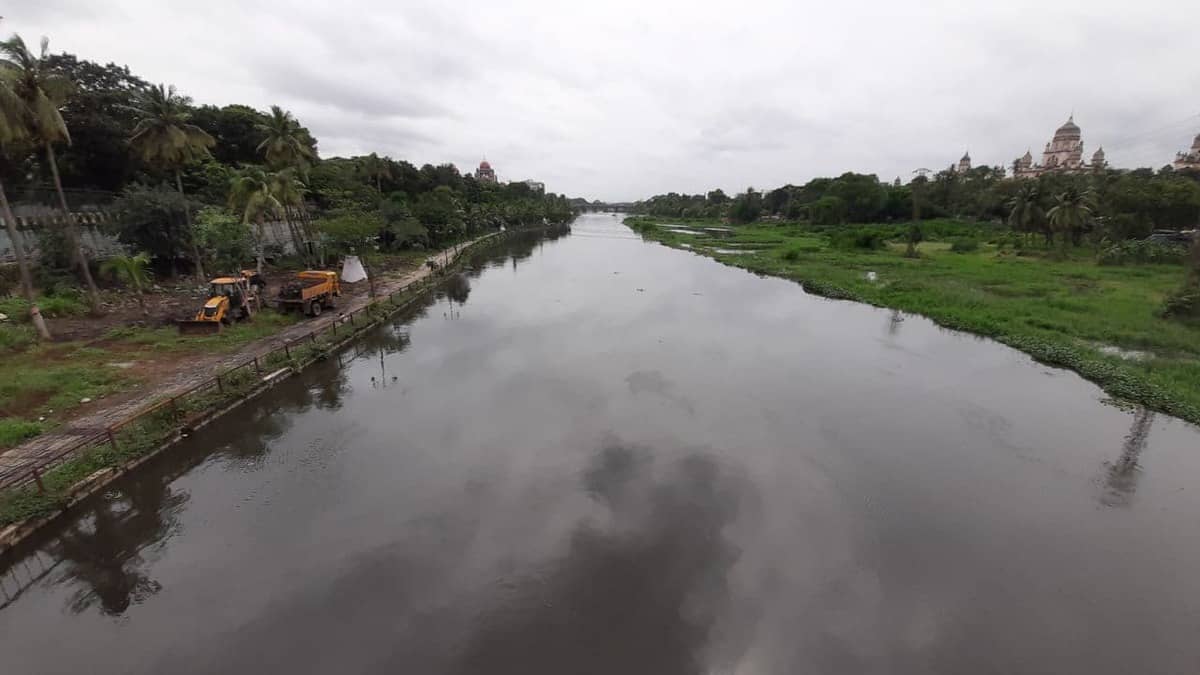 Hyderabad: During a hearing on Wednesday, the Telangana High Court granted the Telangana state officials a time of two months to escalate efforts in maintaining the Musi River and also to file independent progress reports.

“The dirty Musi staring at the high court provides enough evidence that all claims of cleaning made by the state, GHMC, and the pollution control board, were merely an eyewash,” said the High Court bench composed of Chief Justice Satish Chandra Sharma and Justice Abhinand Kumar Shavili.

The bench was hearing a 2016 PIL filed by M Padmanabha Reddy of the Forum For Good Governance when it criticized the state of the Musi River and said it had become a breeding ground for mosquitoes.

“Go and see the river behind the High Court,” said the bench, thereby dismissing the state counsel’s claims that the cleaning of the river is underway.

In an attempt to revive the river, Telangana High Court suggested the appointment of the National Interlinking of Rivers Authority (NIRA) officials that have prior experience in cleaning rivers. The state’s special counsel, A Sanjiv Kumar also informed the court that the state has already established the Musi Riverfront Development Corporation, which has also filed a counter in the current case.

The bench, therefore, adjourned the case for two months by directing the high court legal services authority to involve themselves in the cause and to submit a detailed report that explains the state of the river and the efforts taken to rejuvenate it.