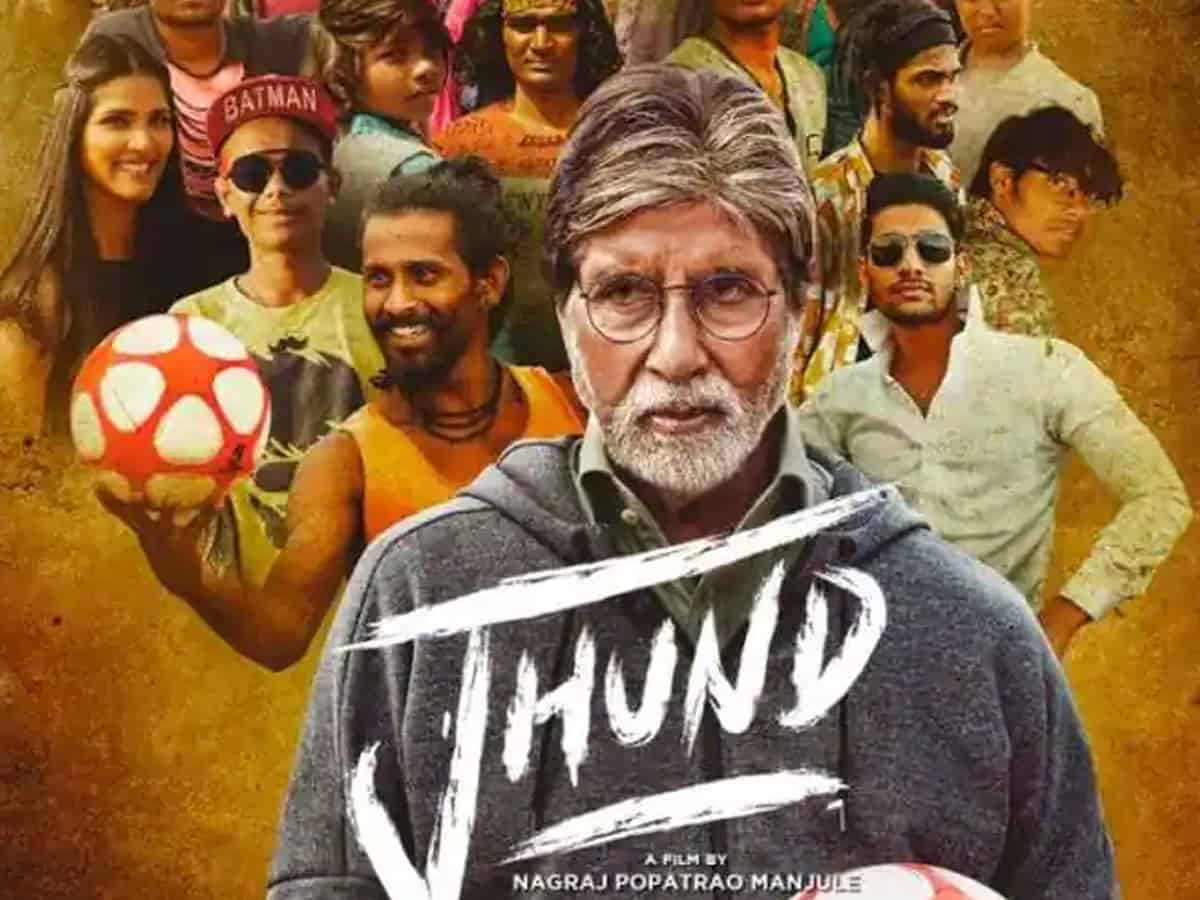 Hyderabad: The Telangana High Court has ordered status quo on a petition by Hyderabad-based filmmaker Nandi Chinni Kumar seeking a stay on the release of the Amitabh Bachchan-starrer ‘Jhund’ on OTT platform and satellite broadcasting.

Justice P. Sree Sudha ordered the respondents to file a counter to the petitioner’s application seeking a temporary injunction.

The court posted the case for further hearing to June 8 and directed both the parties to maintain status till then.

Chinni Kumar told IANS that he filed the plea seeking orders to restrain the makers of the film and other respondents from broadcasting ‘Jhund’ through OTT platform and satellite broadcasting in any manner pending disposal of the review petition challenging the order of the trial court.

The trial court had last month dismissed Kumar’s plea to recall the compromised decree issued last year and stay the release of the movie citing violation of the settlement agreement by movie makers.

Since the trial court had reserved its orders and the movie was scheduled to be released on March 4, he approached the high court seeking orders to stop the release.

The high court not only dismissed his petition but slapped a cost of Rs 10 lakh for suppressing information pertaining to the case he had filed at a lower court on the same subject.

The court was told that a settlement agreement was already arrived between the makers of the movie and Kumar. As part of this, Kumar was paid Rs 5 crore.

Kumar filed a review petition, challenging the order by the division bench of the high court and the same is pending.

‘Jhund’ is a biographical sports film based on the life of Vijay Barse, the founder of NGO ‘Slum Soccer’.

“Under the settlement agreement, all the cases should have been withdrawn but a case filed by Akhilesh Paul in Nagpur court was not withdrawn,” Kumar had earlier told IANS.

Paul has challenged an agreement reached with Kumar in 2017 selling him exclusive rights to make a movie titled “Slum Soccer” on his life.

Vijay Barse, on whose life ‘Jhund’ is based, is the coach of Akhilesh Paul.

Kumar had approached a city court in 2020 alleging copyright violation by makers of ‘Jhund’.

He had submitted that though director Nagraj Manjule and producers bought rights to make a movie on the life of Vijay Barse, ‘Jhund’ also showcases Akhilesh Paul’s story in a major role, thus allegedly violating the copyright.

Kumar claimed he won the case in trial court, high court and also in the Supreme Court.

Though this finally led to settlement agreement, he said the movie makers failed to ensure withdrawal of all cases, thus mentally torturing him.

Kumar in his petition challenging the order of the trial court has made 13 individuals or companies as respondents and they include Amitabh Bacchan.