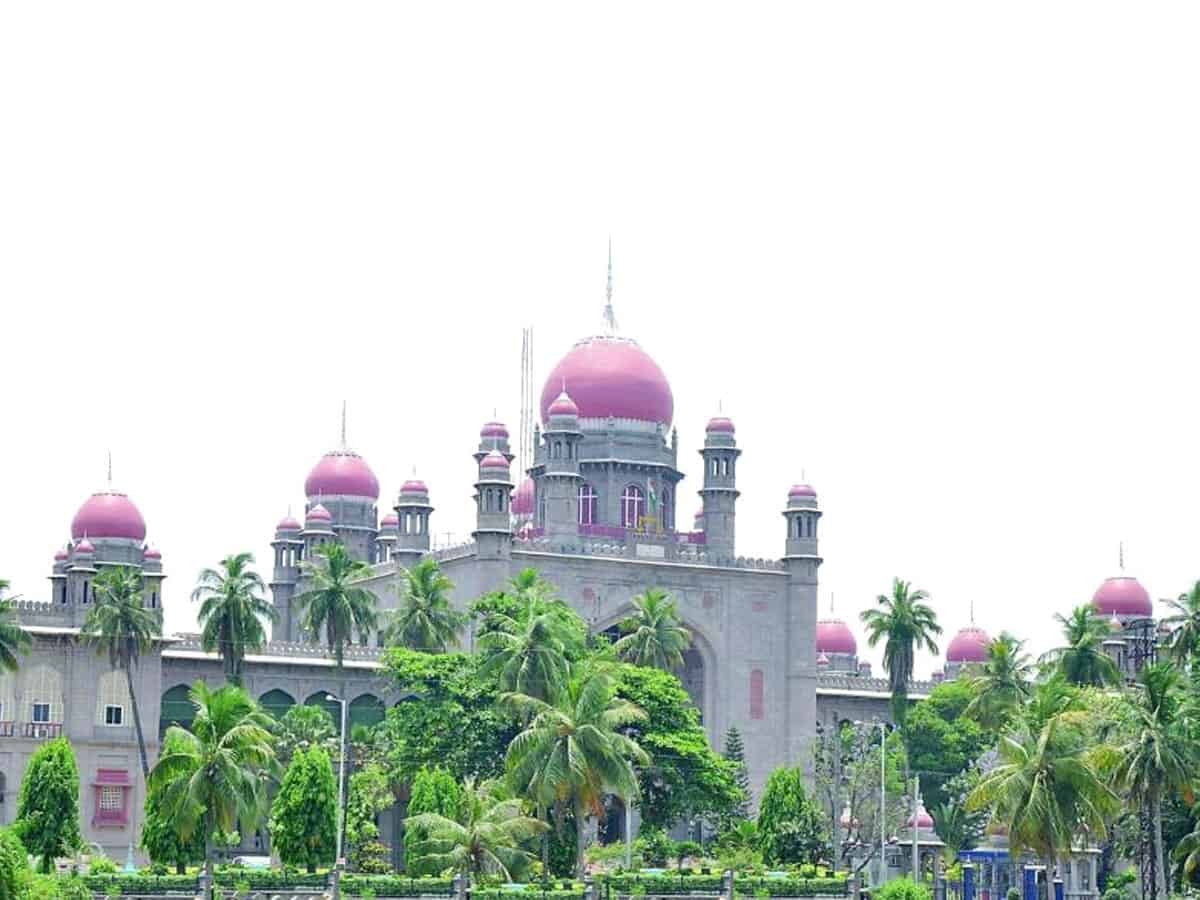 Hyderabad: The Telangana High Court has stayed the auction of the lands by the Telangana industrial infrastructure Corporation Limited at Puppalaguda.

The auction of the plots bearing Nos. 25, 26, 27, 28 as well as 29 and 30 of the survey number 301 at Puppalaguda was stayed by the High Court in the wake of a claim submitted in the court regarding these lands.

According to this claim, the purported owner of survey number 302 has purchased 11 acres and 2 guntas of land and claimed that the Telangana industrial department is planning to auction the lands duly purchased by him.

The Director of Lakshmi Engineering and Construction Company Limited P Nandakumar submitted a petition in the High Court and apprised the high court about the details of the purchase of these lands by his Company.

Nandkumar said that an immigrant from Pakistan Novelmal Rizwani came from Sindh during the partition. Rizwani submitted his claim to the Indian government that he had left behind his land properties and sought lands in India as compensation.

The Indian officials have accepted his claim and decided to give him lands in two places in Hyderabad in 1955.

Accordingly, the Revenue department officials have decided to hand over lands situated at Ibrahim Bagh and Puppalaguda to Rizwani.

Nandkumar said that his company Lakshmi engineering and construction Co. Ltd has purchased the lands from Rizwani on his capacity as the owner of the lands.

Nandkumar claimed that the lands being auctioned under survey number 301 is his company’s property. He has submitted the registered purchase documents of the lands in the High Court.

In the wake of this new development, a Bench of the High Court of the acting Chief Justice of HC Justice M S Ramachandra Rao and Justice T Vinod Kumar ordered an stay on the auction of the aforesaid lands.