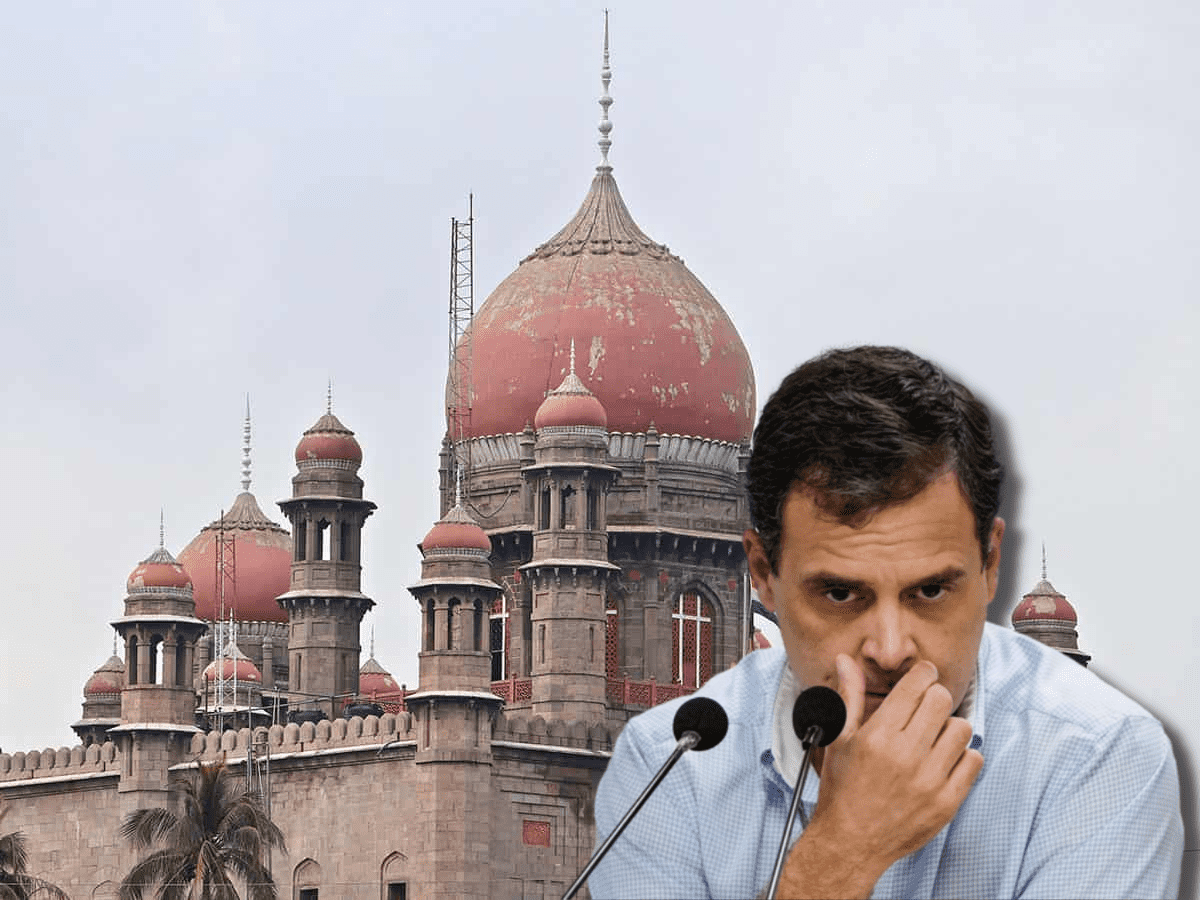 Hyderabad: In a setback to the Congress, the Telangana High Court on Wednesday refused to direct Osmania University authorities to allow party leader Rahul Gandhi to visit the campus on May 7.

A division bench refused to intervene in the issue and left the final decision to varsity Vice Chancellor.

The court dismissed the petition by K.A Manavatha Roy, a leader of students JAC (Joint Action Committee) and three others, seeking directions to the university authorities to allow Gandhi to visit the university and interact with the students.

The court observed that the petitioners can submit a fresh application to the university and it is for the Vice Chancellor to take a decision on it.

After hearing arguments from both sides, the division bench upheld the judgment of a single bench delivered on Monday, refusing to pass any orders.

The standing counsel of the vice-chancellor conveyed to the court that the university is currently conducting examination for M Sc, M Com and MBA and any political event on the campus could have law and order problems.

Manavatha Roy and three other members of the Congress’ student wing National Students Union of India (NSUI) had approached the Vice Chancellor seeking permission for Rahul Gandhi’s visit. However, the Vice Chancellor rejected their request on the grounds that there was a resolution not to allow any programme that had political overtones.

The petitioners alleged that the Vice Chancellor had not accorded permission under pressure from the Telangana Rashtra Samithi (TRS) government.

They argued that the Gandhi’s visit is not political as he wants to go around the campus, hostel and mess and interact with students to know their problems.

The denial of permission for the visit has created tension on the campus as NSUI and JAC have been staging protests for the last few days.

Some activists on NSUI were arrested during a protest near the Vice Chancellor’s office on May 1 and sent to judicial custody for 14 days. They were booked for unlawful assembly, assault, rioting, trespass and preventing public servants from discharging their duties.

NSUI Telangana unit President Venkat Balmoor was among those arrested and jailed.

Telangana Pradesh Congress Committee chief Revanth Reddy on Monday submitted a representation to the Superintendent of the Chanchalguda jail seeking permission for Gandhi to visit the arrested students.

Meanwhile, tension prevailed on the campus on Wednesday after a group of students tried to take out a rally demanding permission for Rahul Gandhi’s visit. Police arrested the protestors and shifted them to a police station.