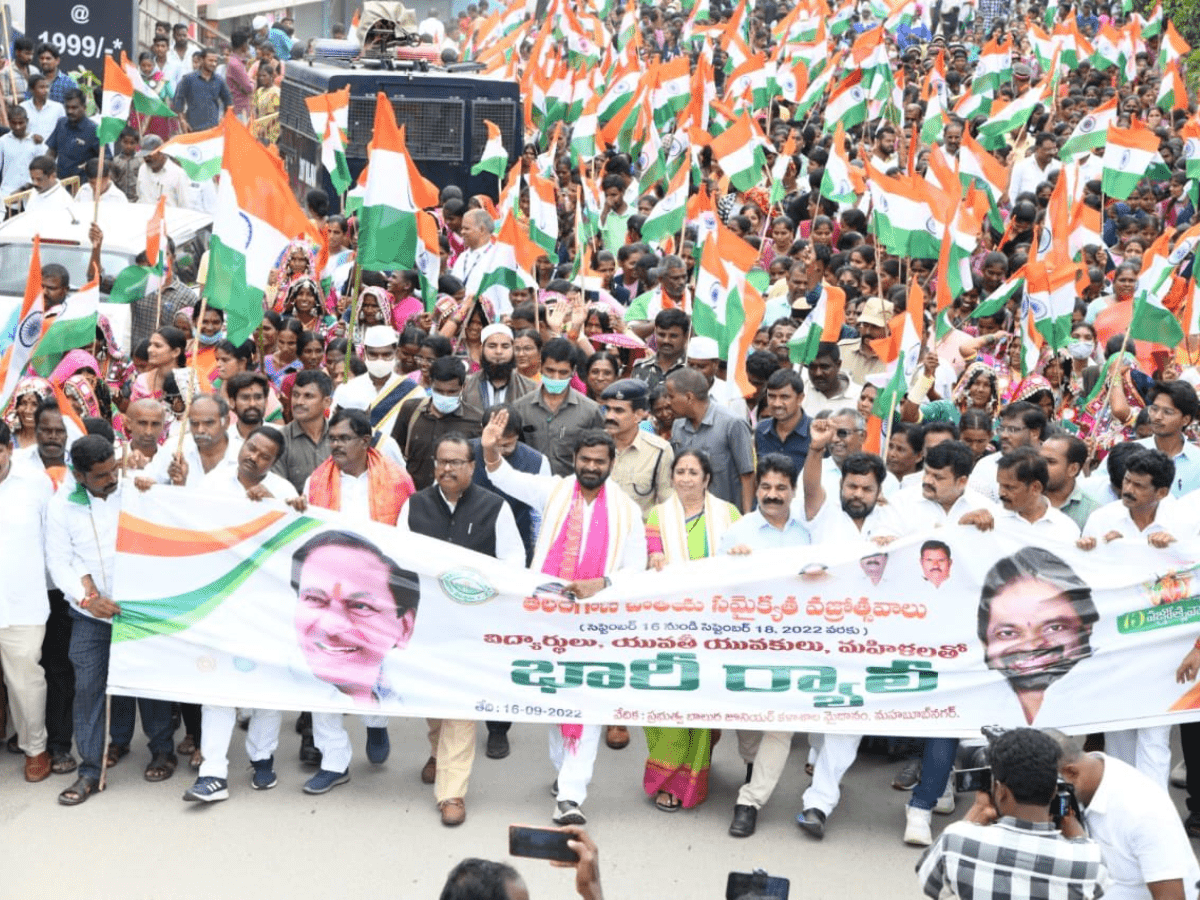 Hyderabad: A huge rally was taken out on Friday on the occasion of Telangana Integration Day across the state by the Telangana Government.

The ruling government of the state, Telangana Rashtra Samithi (TRS) has decided to take out a three-day rally in all headquarters on the occasion of the merger of Hyderabad state in the Indian Union celebration.

During the rallies ministers, MLAs, collectors, police commissioners, superintendents of police, and other officials also took part. Rallies were held throughout the three-day festival to signal the start of the festivities.

Koppula Eashwar, the minister of welfare, attended the Dharmapuri demonstration.

The demonstration in Jagtial town was started by the MLA for Jagtial, and participants included Collector G Ravi, SP Sindhu Sharma, Municipal Chairperson Boga Sravani, and Zilla Parishad Chairperson Dava Vasantha. The gathering at the New Bus Stand was opened by Korutla MLA K Vidhyasagar Rao by decorating a statue of Dr. BR Ambedkar. The public gathering was held at the junior college campus when the rally arrived there.

A huge rally in Karimnagar:

A huge rally in Ameerpet:

A huge rally in Kolhapur town:

A huge rally with national flags in Narsampet:

A huge rally in Chennur:

A huge rally in Adilabad: