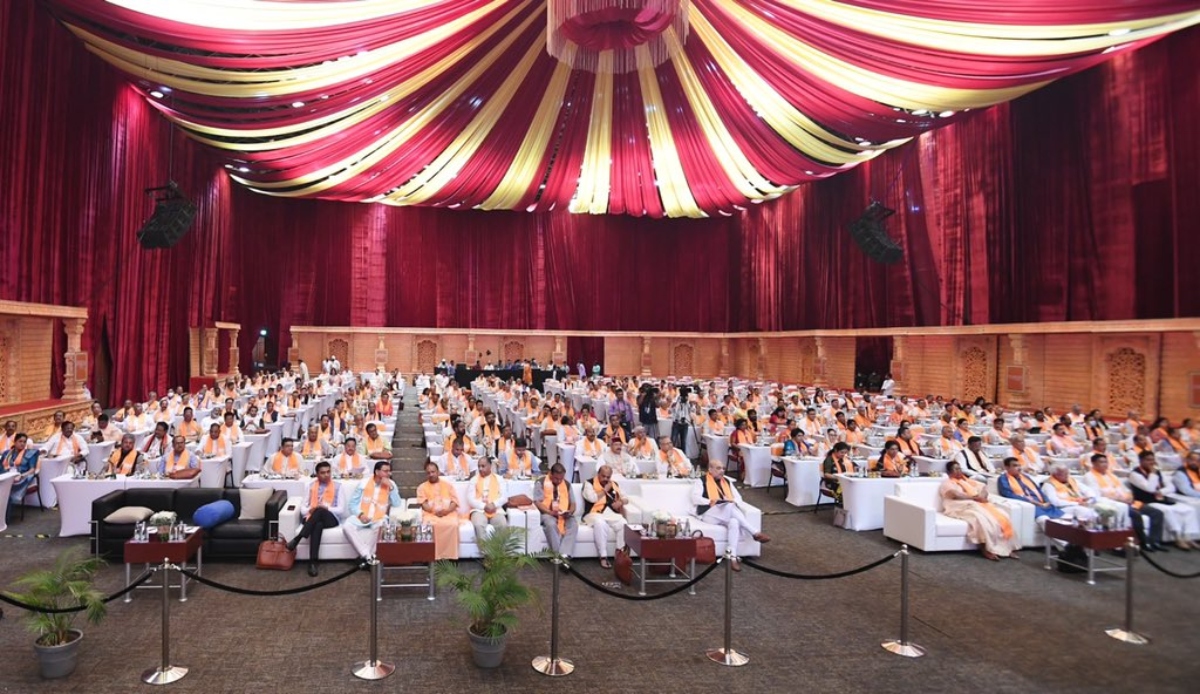 Hyderabad: The Bharatiya Janata Party (BJP) leaders on Sunday claimed that they caught an intelligence officer of Telangana who allegedly intruded into the ongoing national executive of the party here.

The incident occurred before the start of the second day proceedings at Hyderabad International Convention Centre (HICC).

Senior leader Indrasena Reddy told reporters that the officer was caught when he was taking photos of the draft resolutions kept on the tables at the meeting hall.

Hyderabad: Gujarat flavour to be seen in National Executive meeting on Day 2

The officer, who identified himself as intelligence inspector Srinivas Rao, entered the meeting hall with a police pass. The BJP leader said police officials have no permission to enter the meeting hall.

“We handed him over to the police commissioner and made him delete the photos he had taken on his mobile phone,” he said.

Reddy demanded that the Telangana government should come out with a clarification and apologise for the incident.

The BJP leader alleged that unable to digest the conduct of the national executive in Hyderabad, the Telangana Rashtra Samithi (TRS) government made an attempt to leak the internal deliberations to malign the saffron party.