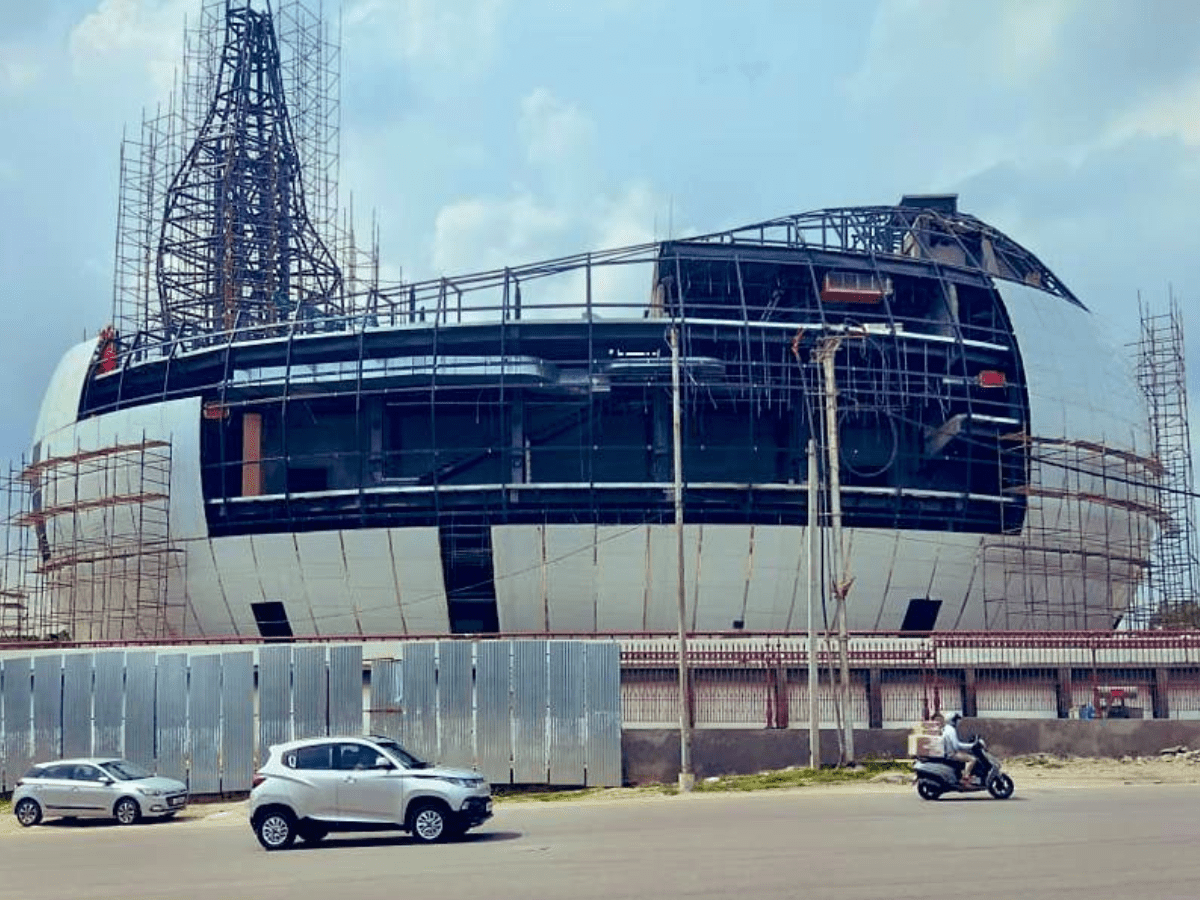 Hyderabad: The Telangana Martyr’s Memorial, a massive structure built in the form of a diya (earthen lamp), will be inaugurated by the end of the year, announced state urban development minister KT Rama Rao (KTR).

The huge, eye-catching building is located beside the Tank Bund and stands 50 metres tall.

The memorial is being built in three lakh square feet and will have a museum, a meeting hall, a photo gallery, along with an art gallery, all depicting the sacrifices of Telangana’s martyrs.

It was in 2016 that the Chief Minister had laid the foundation stone for the memorial to be built on 2.5 acres next to Lumbini Park at a cost of Rs 80 crore. However, it was only in 2018 that the design for the structure was finalised.

As per the design, a flame-like structure will be constructed using fibre material, starting from the second floor and rising two floors high into the sky. The structure will glow at night.