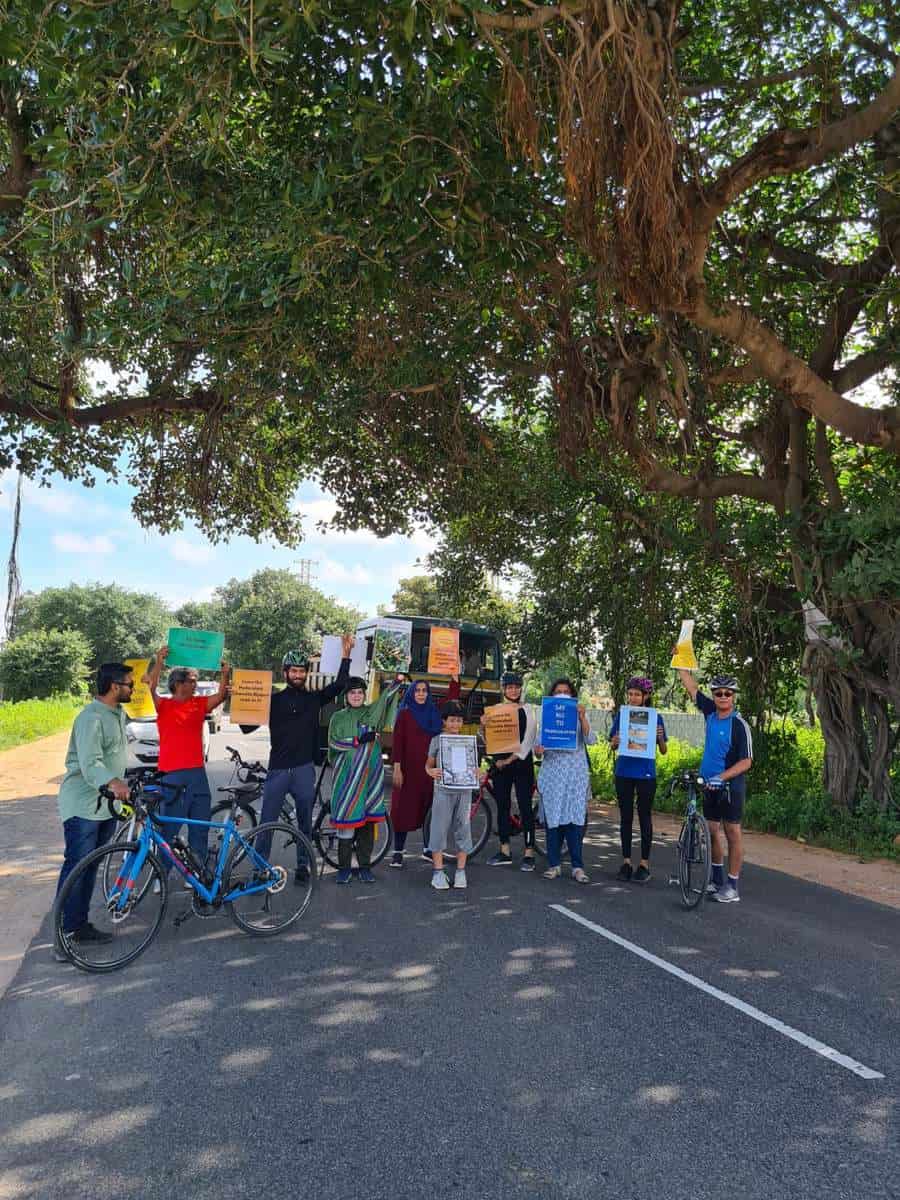 Hyderabad: A group of 60 nature lovers yesterday gathered at one of the huge banyan trees on the Chevela-Vikarabad road and staged a peaceful protest against the felling of those trees for the construction of a foru-lane road.

The banyans on the Chevella road are invaluable, said the group, and added that no such tree clusters can be found anywhere in a radius of 40 kilometres around Hyderabad, and certainly not in such numbers. “If these trees are cut, a part of Telangana’s heritage will die with them, and we cannot let this happen especially now that Telangana has the distinction of being declared a green state,” said a press release from the nature lovers.

Beginning from Moinabad to Vikarabad and beyond, there are more than 1100 banyan trees, and for over a hundred years they have been places of shelter during heat and rain, the group added. “They are our legacy that our elders passed on to us, and generations of people have enjoyed the banyan tree route to Vikarabad,” the citizens said, in the statement.

The group also stated that it is not against the construction of “safe and efficient highway”, as it is in the best interests of everyone, especially the people of Chevella. “We believe that it is possible to build this highway around the Banyans, without dislocating or uprooting them”, the nature lovers said.

The group added that their idea is to protect “our legacy – our tree culture”, as the Banyas trees are all 100 plus years old and were planted when Osman Sagar and Himayat Sagar dams were being built.

Speaking to Siasat.com, Sadhana Ramchander, one of the group members said, “We don’t want the Banyan trees to be cut since they preserve the ecosystem and provide jobs to small vendors. We request the government to declare the Chevella Moinabad stretch as Banyan sanctuary.”

A citizen’s protest was also held in 2018, called ‘Save Banyans Trees of Chevella’, after it was reported that the trees were in danger after the central government sanctioned a proposal for road widening.