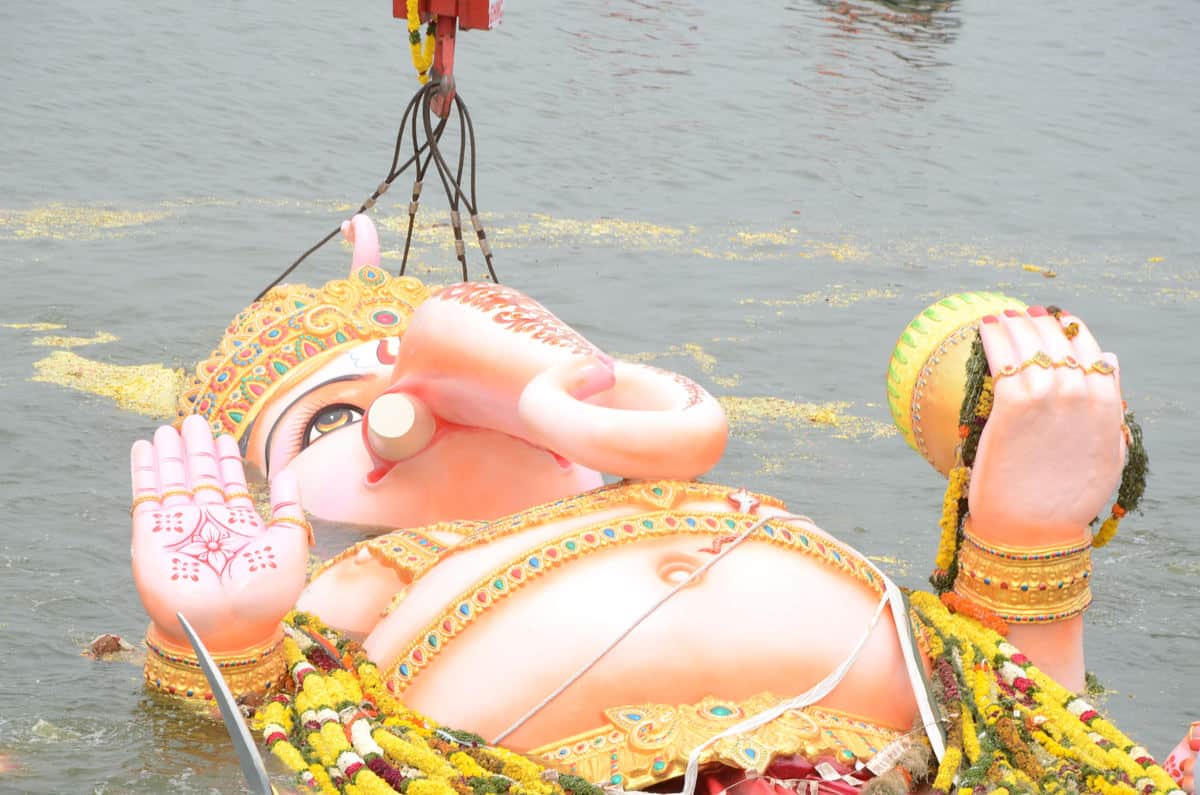 Hyderabad: The State government has directed the officials concerned to promote the ensuing Ganesh festival as eco-friendly and encourage the people for using the clay idols to protect the environment from pollution.

Chief Secretary Somesh Kumar held a high level meeting with officials concerned at BRKR Bhavan on Tuesday and reviewed the arrangements being made for Ganesh immersion scheduled in September 2022.

The Chief Secretary instructed the officials to encourage people to use clay Ganesh idols. As the High Court has given clear instructions banning the usage of plaster of paris, synthetic colours and pollutant chemicals, the deity makers have to be sensitised. The High Court has also directed not to immerse these plaster of paris idols either in Tank Bund or in other tanks in the city, he added.

Somesh Kumar asked the officials to ask all committee members also to go for similar kinds of clay idols and also directed to encourage those who make clay idols.

The Chief Secretary said the directions of the Supreme Court and High Court should be scrupulously adhered and these should be implemented in a letter and spirit.