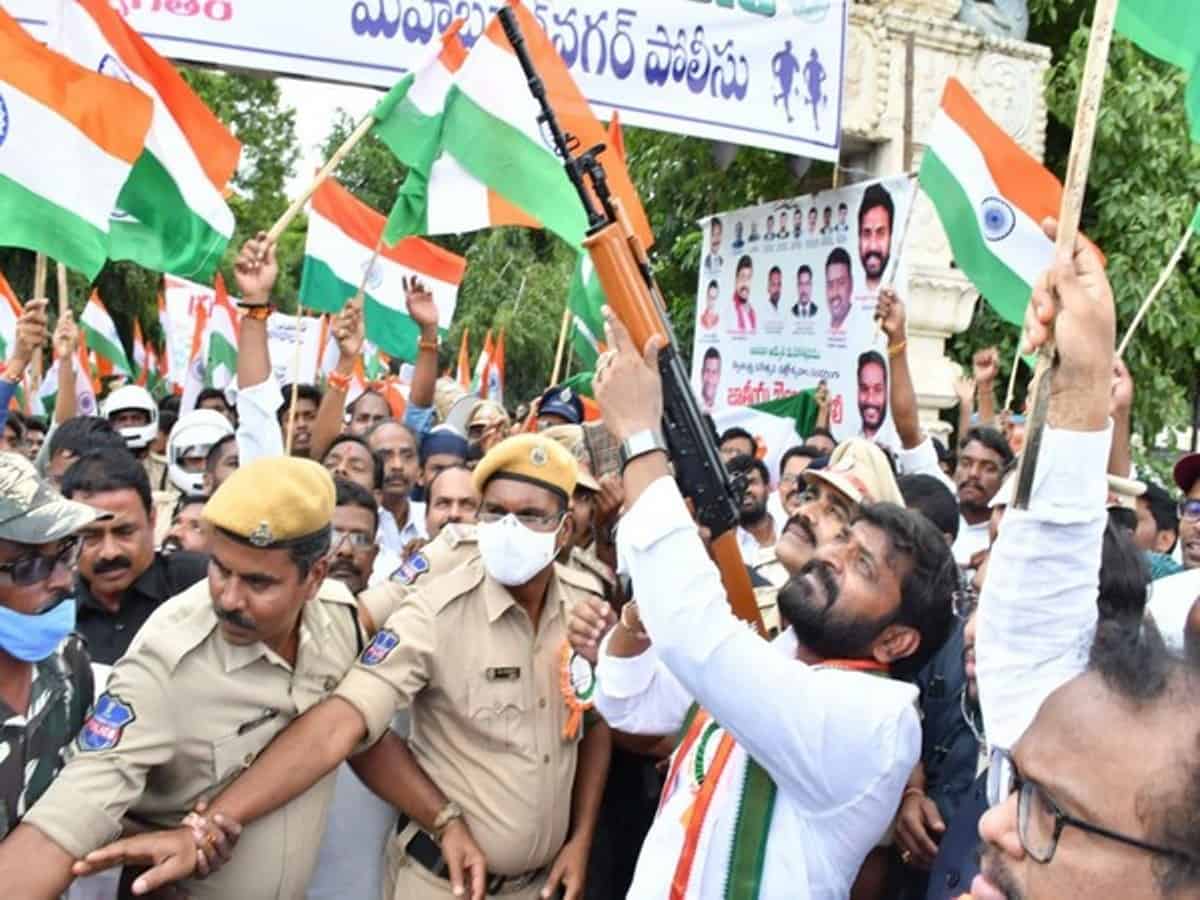 Hyderabad: In response to a Request To Information (RTI) application over the legality of opening fire into the air, the National Rifle Association of India (NRAI) stated that firing rifles in public is a crime, including civilians using a police weapon.

An unidentified person had filed an RTI after Telangana Rashtra Samithi (TRS), Sports Minister, V Srinivas Goud opened fire in the air to inaugurate a freedom rally organised as part of ‘Swatantra Bharata Vajrotsavalu’ in Mahbubnagar in August.

According to media reports, the applicant also requested information about Goud’s membership in the NRAI, including whether it had been active or not. Following outrage on social media, the minister claimed that the Superintendent of Police (SP) had given him the gun to fire and that only rubber rounds were used as ammunition. Later, he corrected, stating that the gun was loaded with blank rounds.

The minister had used an INSAS assault rifle and blank ammunition, with prior approval from the district government, Mahbubnagar SP R Venkateswarlu was quoted by The New IndianExpress (TNIE).