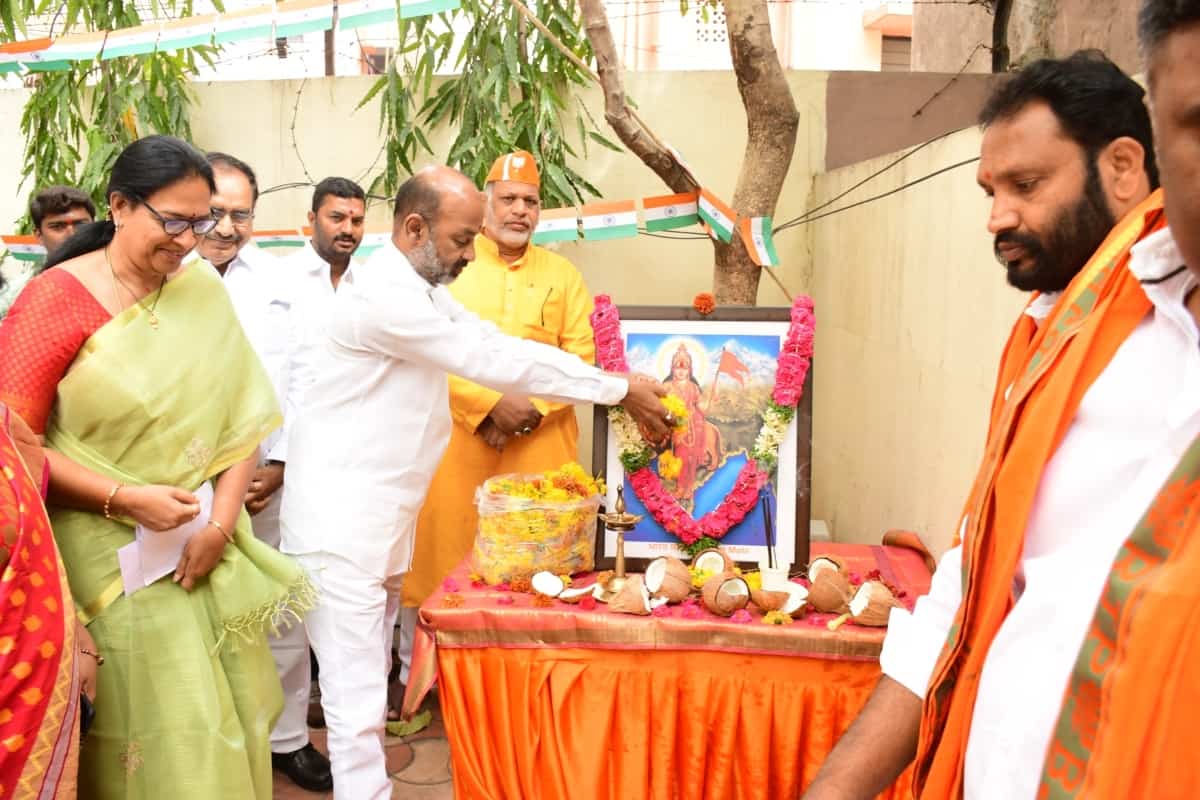 Hyderabad: The Bharatiya Janata Party (BJP) on Thursday celebrated the Telangana formation day. Prime Minister Narendra Modi said that the culture of the state of Telangana is world-famous. “I pray for the welfare of the people of Telangana,” he said.

State BJP president Bandi Sanjay said, “The credit goes to Narendra Modi for keeping India’s prestige high. Modi Ji is a great leader who has ruled in a way that every Indian can bow his head proudly.”

“In the leadership of Modi, we will win the case in the Supreme Court and construct a grand and divine Ram Mandir in Ayodhya,” he added.

Sanjay further said that the BJP government is ready to cooperate with the state in every way, but KCR is defaming the center for political gain.

Senior BJP leaders at the party’s state office inaugurated a special website, pamphlet, and pocket diary in the name of 8 years of Prime Minister Narendra Modi’s service and released a special song dedicated to their results.