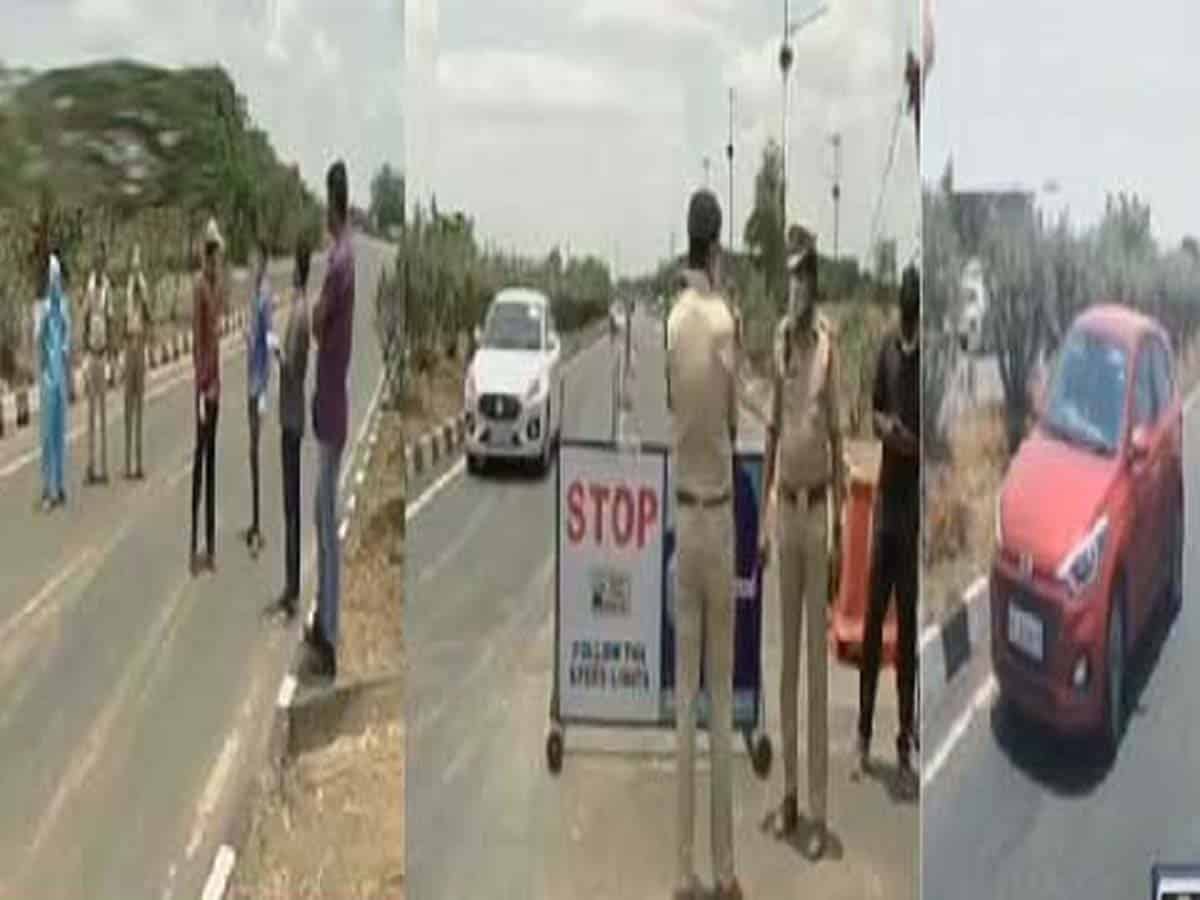 Hyderabad: Telangana police personnel on Andhra Pradesh borders are stopping the ambulances coming for Corona treatment in Hyderabad. The cases in Andhra Pradesh are in steep rise and the Covid ambulances are coming to Hyderabad for better treatment and services. To prevent spread of the corona virus the police are not allowing them at Ramapuram village of Kodad mandal in Suryapet district and also at Pullur toll gate near Kurnool.

In this situation the police officials at the check posts of state borders in Suryapet are stopping the vehicles.

The Telangana police reportedly stated that there are no beds and oxygen available in the hospitals in Hyderabad. And they claim that they cannot allow the vehicles from Andhra Pradesh that will add to the woes of the corona patients.

The police are inspecting the ambulances and then returning. This is causing a huge problem for people of the state and officials of Andhra Pradesh requested the Telangana government to allow the vehicles to get treatment. They allowed the vehicles when the hospitals in Hyderabad allowed them to send the ambulances after AP police intervention according to reports.