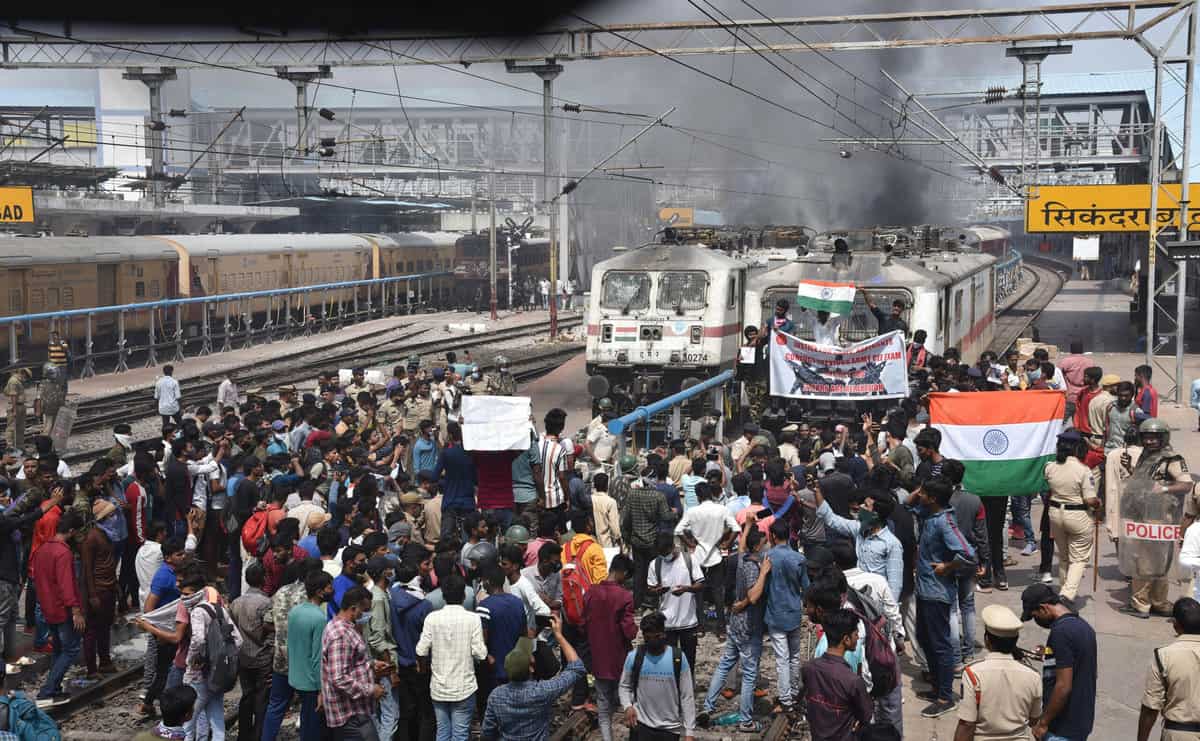 Hyderabad: The Railway police have registered a case of attempt to murder and rioting against the protestors of Agnipath scheme who had allegedly indulged in violence at Secunderabad railway station. The railway authorities have estimated a loss of 20 crores during the violent protest.

Meanwhile, the Hyderabad police commissioner CV Anand has directed the Special Investigation Team (SIT) of city police and task force to monitor the issue in order to unravel the alleged conspiracy behind the incident of violence.

Justifying the firing on the protestors the Indian Railway Police (IRP) claimed that the protestors were trying to set ablaze the loco engines filled with 3000 litres transformer oil located at the RCD depot.

The police said that if the agitators succeeded in setting ablaze the loco engines there would have been a huge explosion. During the protest seven policemen from the railway police were injured. ACP Gopalapuram N Sudheer Kumar also suffered injuries.

The Railway police claimed that in order to prevent sabotage and to save the lives of the public, passengers and the protestors the RPF personnel opened fire on the mob.

The protesting army aspirants were those who were selected in the physical test of army recruitment and were preparing for the written test.

They formed a social media group and circulated about the Agnipath scheme which may cause a loss to their employment. The protestors were reportedly motivated with the incidents taking place in Bihar and Haryana.

The Railway police have registered a case under IPC section 307 (Attempt to murder), 147 (rioting) and under various sections of Indian Railways Act.

CP Anand has directed the Additional Commissioner of Police (Crimes and SIT) and DCP Commissioner’s task force to monitor the cases closely and find out the conspiracy behind the incident.