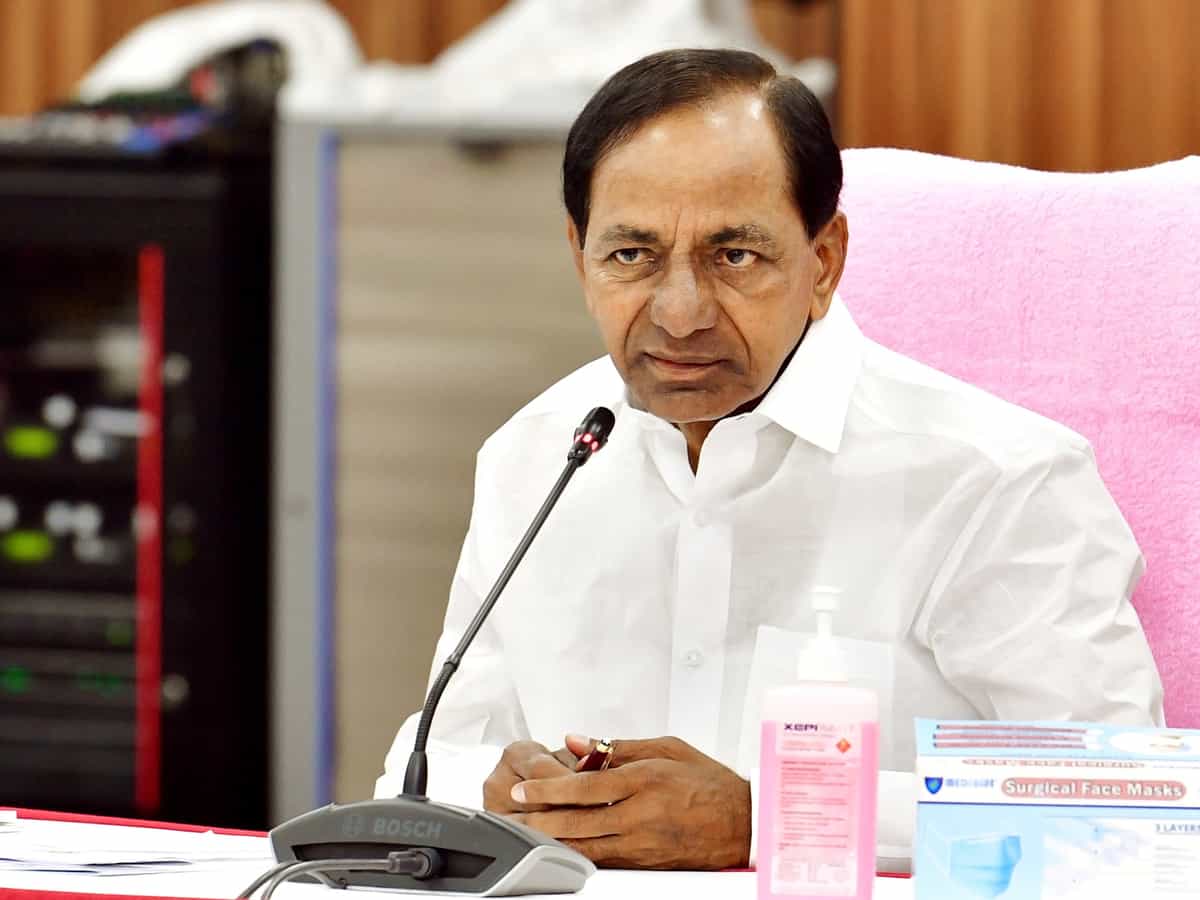 Hyderabad: Telangana chief minister K Chandrasekhar Rao on Saturday appealed to the people of the state to stop taking any risks during heavy rains. He also urged people not to venture out of their homes unless there is an emergency and to take self-precautions.

The chief minister has instructed chief secretary Somesh Kumar to alert all the departments concerned and take quick safety measures in the wake of incessant rains in the state. He asked the chief secretary to hold video conferences with district collectors and make alert NDRF and rescue teams in the flood-prone areas.

Following the red alert in Telangana and also in Maharashtra, the chief minister said that he will review the situation from time to time and also hold a video conference today (Saturday) or tomorrow (Sunday).

In the wake of heavy inflows and flooding in River Godavari and Pranahitha, he also alerted the state Irrigation officials and instructed them to take necessary steps.

He said the proposed state-wide ‘Revenue Sadassulu’ from July 15 has also been postponed.

KCR said that the new schedule for the conduct of the two programs will be announced after normal weather conditions are restored in the state.

Telangana authorities have been alerted as the heavy rainfall is likely to result in water-logging in many low-lying areas, disruption of rail/road transport, electricity and other social disturbances, drainage clogging, and crop damages.