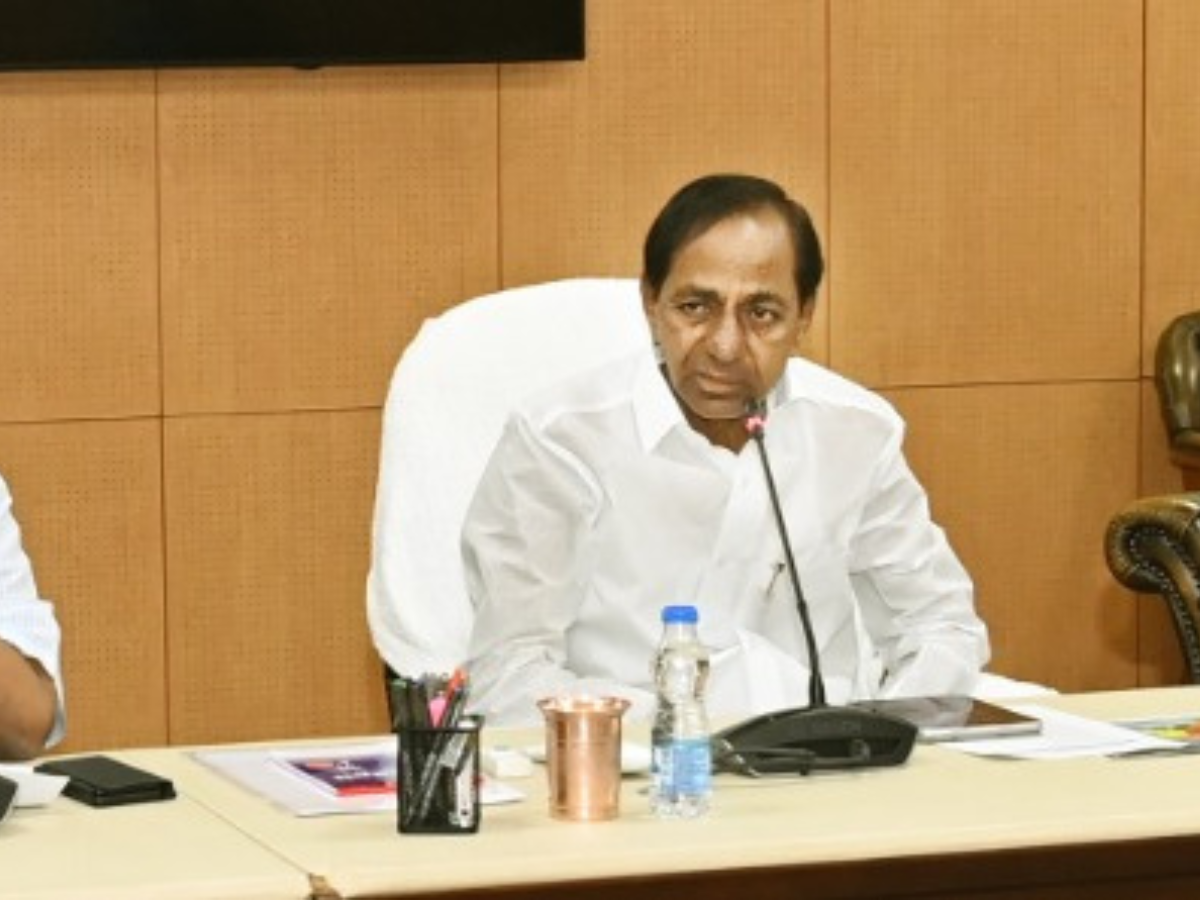 Hyderabad: Telangana chief minister K Chandrashekhar Rao directed on Saturday that officials from the relevant departments not leave their work centres under any circumstances in order to protect the people during difficult times.

During a high-level review meeting held by the chief minister at Pragathi Bhavan on the state’s heavy rains and floods, he directed chief secretary Somesh Kumar to issue an immediate circular. “This is a test for the administration,” he said.

There is a risk of more floods following the India Meteorological Department’s (IMD) warning of heavy rains for the next two or three days.

The chief minister also warned that the rains could cause the Godavari River to exceed the danger warning level. As a result, all ministers, MLAs, and public representatives should exercise extreme caution in Godavari catchment areas.

“They must periodically coordinate with authorities and make appropriate arrangements to evacuate people from flooded areas to safe places,” he said.

Departments such as Medical, Panchayat Raj, Electricity, Roads and Buildings, Municipal, Mission Bhagiratha, and others should be on high alert. The Chief Minister directed the Director-General of Police, M Mahendar Reddy, to issue orders prohibiting police officers, including Inspectors and Sub-Inspectors, from leaving the headquarters.

Through a PowerPoint presentation, officials from the Irrigation Department also explained to the chief minister the flow of the Godavari River and the conditions of the projects from the Sriram Sagar Project to the Kadam Dam.

Rajat Kumar, special chief secretary for Irrigation and Command Area Development (I&CAD), described the process of recording the flow of the Godavari River from SRSP and Kadem, as well as the changing flood situation, via satellite on an hourly basis.

He explained that if a flood caused by heavy rains could be predicted ahead of time-based on weather warnings, this technology could be used to identify low-lying areas and move people to safer areas.

He stated that while the IMD predicts rain, it is unable to detect floods, which can be predicted using this technology.

The chief minister inquired of the ministers and officials about the flood situation within the GHMC limits, as well as the state of Hyderabad’s roads.

The chief minister sought detailed answers from officials on how the flood would be caused by Pranahita, Lakshmi Barrage, Sripada Yellampalli, and other barrages. He praised officials from the Medical, Electricity, Panchayat Raj, Municipal, Roads and Buildings, Police, and other departments for their vigilance and assistance during the recent floods.

He commended health minister T Harish Rao, the Director of Health, and other medical officers and staff for their efforts during the flood in Bhadrachalam. Because officials were on high alert during the recent flood, they were able to prevent any loss of life, which was greatly appreciated.

“With the same spirit, all the departments should protect the people from tomorrow’s calamity without
loss of life,” he added.

The chief minister directed medical officers to prevent dengue fever as soon as possible because it occurs in a five-year cycle.

Municipal Commissioners, ZP CEOs, MPDOs, the Health Department, Panchayati Raj officials, and other departmental officials have been instructed to remain vigilant and not to treat these two days as holidays.

V Prashant Reddy, Minister of Roads and Buildings who attended the meeting, explained to the chief minister the damage done to National Highways and the efforts being made to repair them.

With the knowledge gained from these floods, the chief minister directed officials from the Electricity Department to inspect substations on a regular basis to ensure that they are not submerged by floods and to collect information on the status of all 11 KV substations.