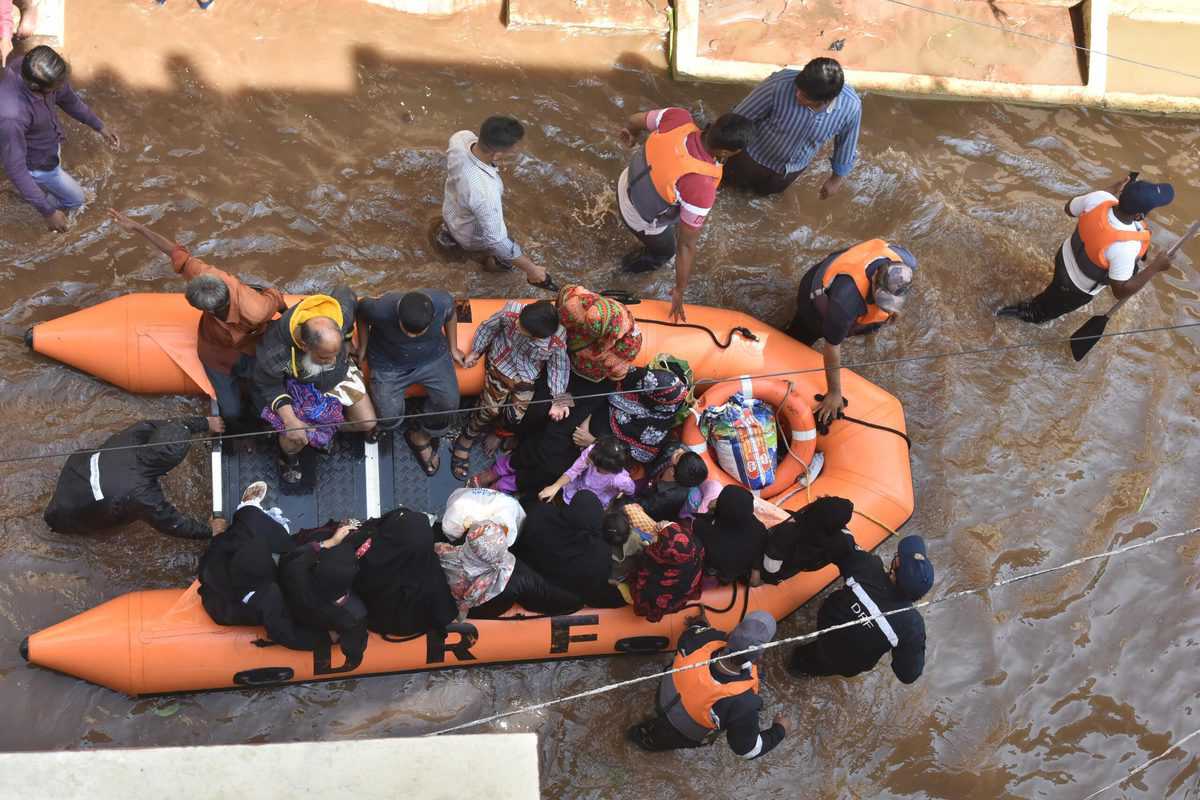 Hyderabad: Central government on Tuesday informed the Lok Sabha that no funds were released for flood relief in Telangana since 2018.

As per the reply given by the Union Minister of State for Home Affairs Nityanand Rai to the question posed by MP Pradyut Bordolol, the Telangana government did not receive a single rupee from the National Disaster Response Fund (NDRF) in the past four years.

The center did not extend support to Telangana government even after Hyderabad witnessed floods in 2020.

On the other hand, Rs. 1000 crore was sanctioned to Gujarat for immediate relief activities when cyclones hit the state last year.

No funds released after 2020 Hyderabad floods

In the case of floods in Hyderabad in 2020, a central team visited the city to access the damage. However, not a single rupee was released from the NDRF despite appeals from the chief minister of Telangana K. Chandrashekar Rao, and Minister of Municipal Administration and Urban Development K. T. Rama Rao.

While Telangana received no funds from NDRF since 2018, neighboring states, Andhra Pradesh, and Karnataka received Rs. 6480.69 crores and Rs. 2584.25 crores respectively in the past four years.

It is a fund that is managed by the central government. The amount from the fund is used to provide relief to people affected by natural calamities such as earthquakes, cyclones, drought, fires, tsunamis, floods, landslides, hailstorms, avalanches, pest attacks, and cloud bursts of severe nature.

The fund from NDRF is released to the state government when state-managed SDRF is inadequate to tackle the calamities.