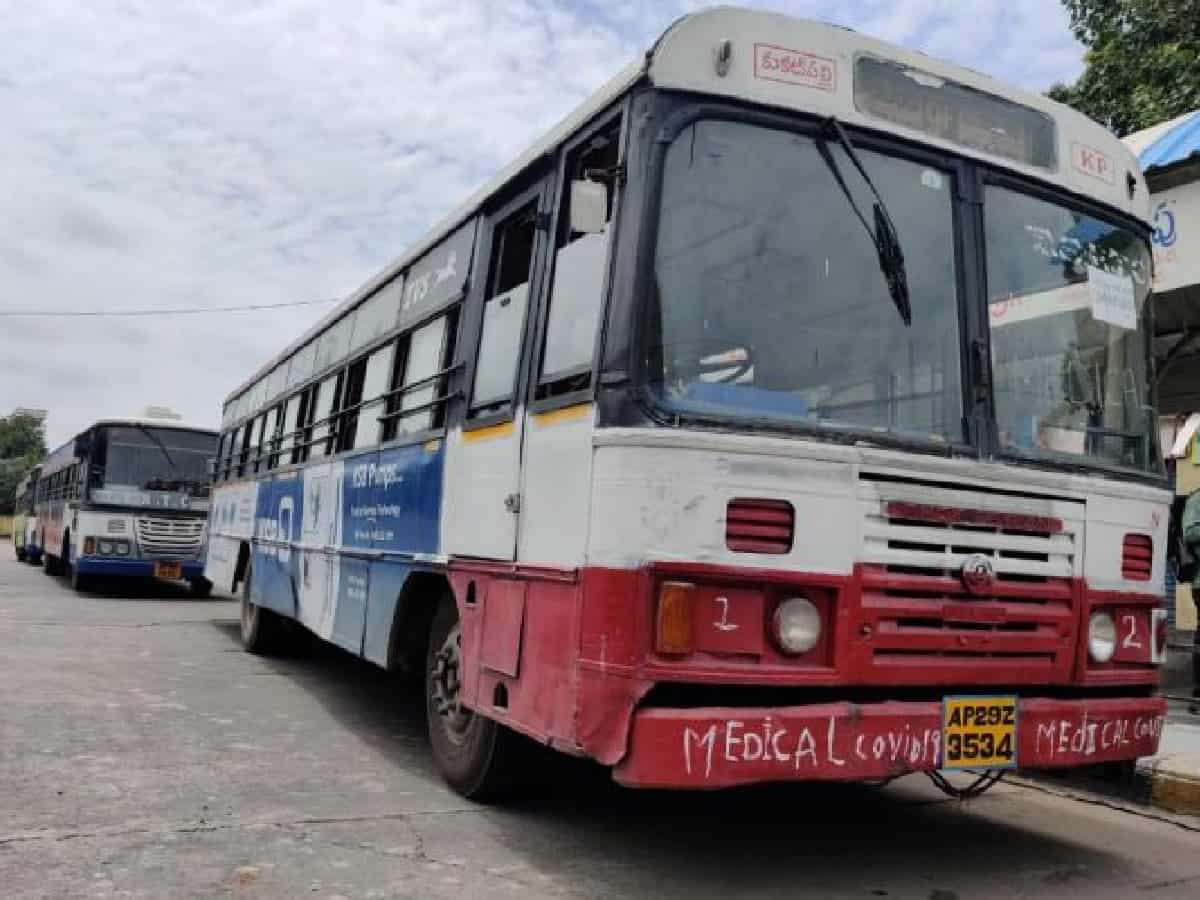 Hyderabad: As a part of the iRASTE, an alarm has been put in a few buses on a trial basis. Emerging Technologies has taken up the challenge in collaboration with IIIT-Hyderabad, Intel, INAI, Telangana State Road Transport Corporation (TSRTC), and UBER.

An alarm, a sensor, and three cameras have been set up in the drivers’ cabin at key points to warn the driver if a collision is probable.

The system activates the alarm using Artificial Intelligence and ADAS technologies based on the images acquired by the cameras. The central server provides the drivers with real-time information based on input from the cameras and other factors.

A beep sound is produced to warn the motorist of a steep turn. Similar to this, an alert is set off based on the separation between the bus and the moving car. Another warning sounds in response to the driver’s eyelids moving.

According to a senior TSRTC officer, “At the moment, 12 buses from the Secunderabad depot that travel on highways have alarm systems installed. Definitely a terrific idea. The equipment will be installed in 200 buses over the next two months as part of the trial project, which was started a few months ago.”

According to a representative of the Telangana IT Department’s Emerging Technologies division, installing the system scarcely takes more than three hours.

In addition to helping drivers, the device may aid in locating and analysing dangerous locations and dark patches.

According to the official, Intel is supporting the research, IIIT-Hyderabad is investigating the technological elements, and Uber is providing fundamental training to the drivers.