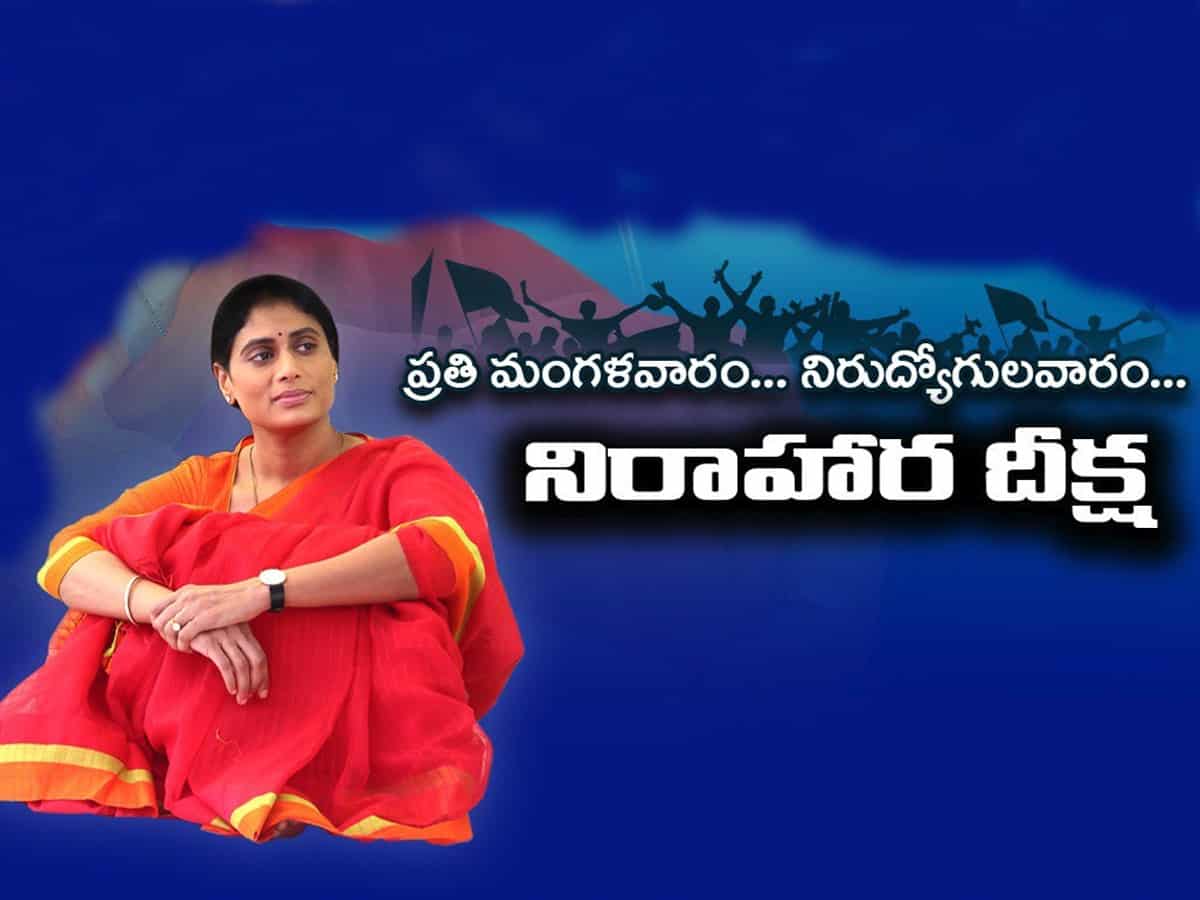 Hyderabad: YSR Telangana Party (YSRTP) leader Y.S. Sharmila on Tuesday went on a fast in Wanaparthy district of Telangana demanding the state government to fill the vacancies in government departments.

A day after announcing that every Tuesday will be observed as ‘unemployment day’, Sharmila reached Tadiparthi in Wanaparthy district and consoled the family of an unemployed youth who recently committed suicide.

Sharmila, sister of Andhra Pradesh Chief Minister Y.S. Jagan Mohan Reddy, broke down while consoling Kondal’s family members at their house. She offered some financial assistance to the family.

The YSRTP leader later sat on fast at Tadiparti bus stand. Speaking on the occasion, she slammed Chief Minister K. Chandrasekhar Rao for his indifference to the burning issue of unemployment.

The daughter of late chief minister Y. S. Rajasekhara Reddy said that her protest is to wake up KCR from the deep slumber. She alleged that the problem of unemployment was driving many youth to suicide.

She earlier announced that till the government fills the vacancies, her party will observe every Tuesday as unemployment day. She said every Tuesday she will console the family members of unemployed who died of suicide and sit on day-long fast near their house.

This is the first public protest launched by Sharmila after launching her political party on July 8. She vowed to bring back ‘Rajanna Rajyam’, a reference to the welfare rule of her late father.

Rajasekhara Reddy had implemented several pro-poor and welfare schemes when he was the chief minister of undivided Andhra Pradesh from 2004 to 2009.