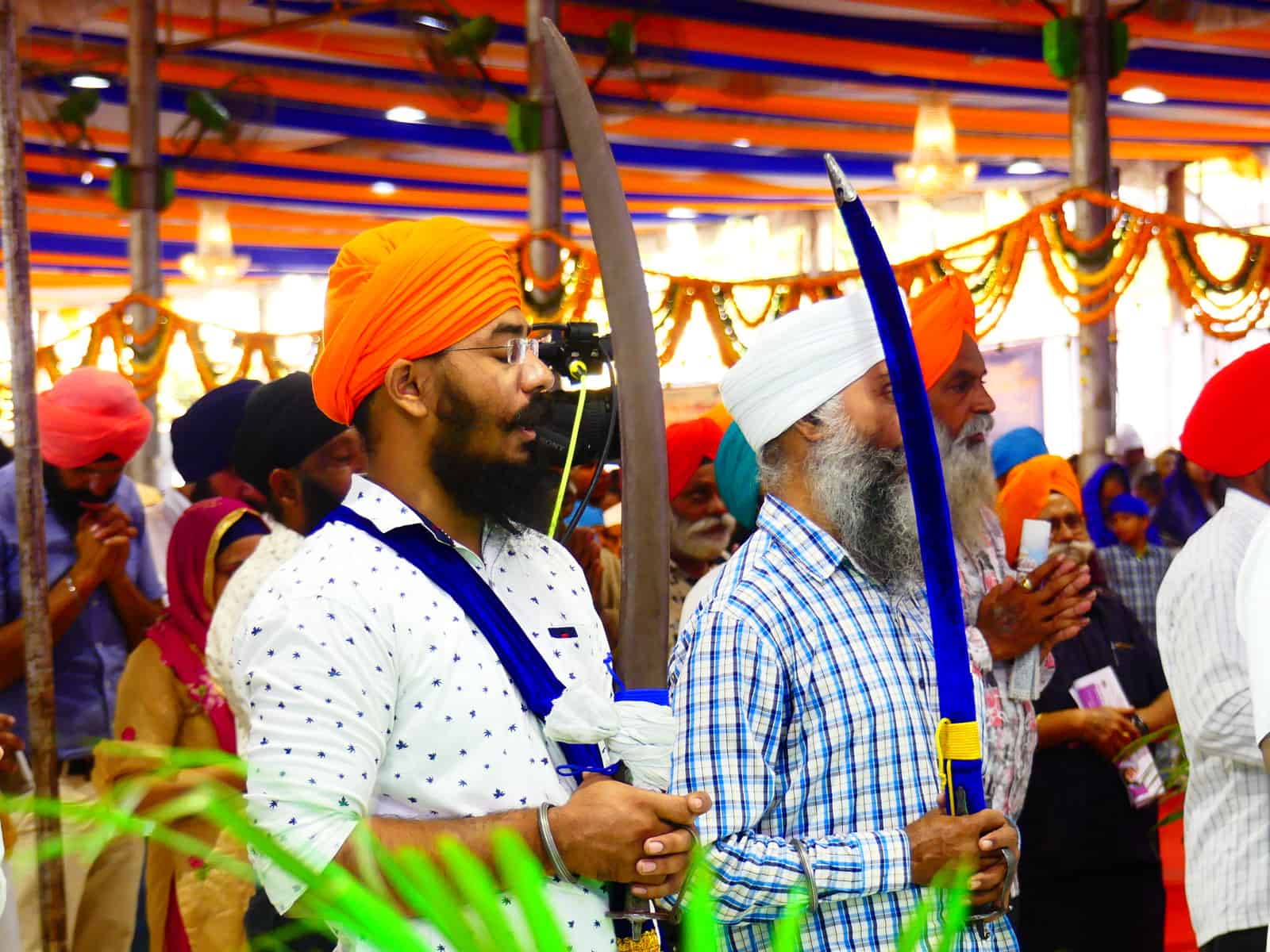 Hyderabad: The 552nd ”Prakash Utsav” (Birthday Celebrations) of ”Sri Guru Nanak Devji”, the first Sikh guru and founder of Sikh religion, who spread the message of peace and communal harmony across the world concluded on Friday with thousands of Sikh devotees and other community faiths celebrating it with religious fervour, gaiety, and devotion by offering prayers.

The major attraction of the concluding event was jointly organized under the aegis of Prabhandak Committees, Gurudwara Saheb Secunderabad on Friday where over 25,000 to 30,000  Sikh devotees and other community faith participated in the ”vishaal deewan ” (mass congregation) by offering prayers to Guru Granth Sahibji  (Holy Scripture of Sikhs) at Classic Gardens, Balamrai, Secunderabad.

The Prabhandak Committee, GSS, President S. Baldev Singh Bagga, General Secretary, S Jagmohan Singh  and other committee members said that the mass congregation began on Friday morning at 11 am and continued up to 4 pm and was marked by the recitations of Gurubani Keertans and Kathas (Holy Hymns) by the renowned and reputed Ragi Jathas (Sikh Preachers).

They also have thrown light on the teachings of Sikh Gurus who stood for national integration, peace, brotherhood and communal harmony. They asked devotees to follow the teachings of Guru Nanak Devji which are very relevant these days.

Commissioner of Police Hyderabad Anjani Kumar who was the Guest of Honour exhorted the Sikh community for their exemplary role of being in the forefront for the welfare of the people. He recalled the services extended by the Sikh community during Corona which was noteworthy he said.

Participating in the 552 birthday celebrations of Guru Nanak Devji, Anjani Kumar said that the Sikhs were at the forefront in extending all kinds of services to people. Whether it was food, medicines, voluntary services, Sikhs were always ahead and this was heartening, he said.

Several dignitaries participated in the celebrations.