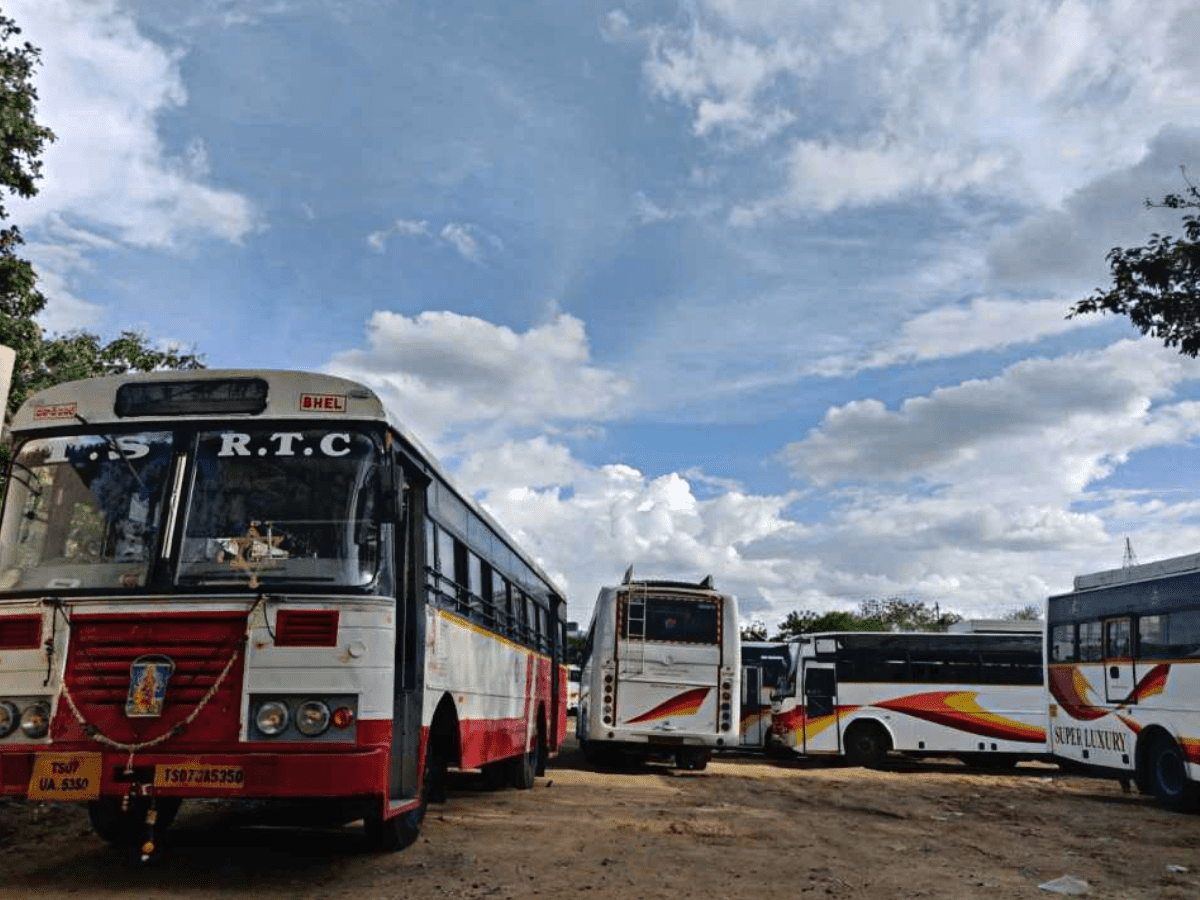 Hyderabad: The Telangana State Road Transport Corporation (TSRTC) recently increased its passenger ticket and bus pass prices with an added ‘diesel cess’ to mitigate its daily losses, but even that has not helped the corporation much. The overall losses or daily revenue it generates is still far away from helping it break even said offiicials.

Even with the latest diesel cess, there has been a negligible increase in revenue.

The TSRTC has 9,384 corporate buses, and 2,909 hired buses in Telangana. Overall, it ferries about 42 lakh people every day from the state, and to other states. With the normal income from ticket sale and bus passes, the corporation makes about Rs 13 crore per day. However, this is an overall loss to the TSRTC as the cost of maintenance (expenditure) is Rs 18 crores.

The TSRTC withstands losses every single day, which in recent days have only increased in proportion to rising rates of of diesel. “The daily loss is about Rs 4-4.5 crores. In the month of May, we incurred an overall loss of about Rs 140 crores,” said a senior TSRTC official. In 2021-22, the RTC incurred losses of Rs 2,143 crores.

“With the diesel cess, there has been an increase in revenue of about Rs 50 lakhs,” the senior official added.

Of the 42 lakh daily passengers of the TSRTC, 12 lakh are students. Most of these students use the bus services via a student buss pass, for which they can apply through their educational institute.

Before July 9, the monthly rate of a general bus pass was Rs 165. It has been increased to Rs 450. “The sudden increase in student bus pass rates is a big amount, but only 20% of the total cost will be borne by the student. The rest of the cost- about 80%, will be covered by their education institute or the government,” the TSRTC official told Siasat.com.

He said that the previous bus pass rates of the TSRTC were broken down to a 10:90 ratio to the students and institutions. “We added the diesel cess, and changed the breakdown. However, this still is a profitable service for the students.”

With the previous student bus pass costs, a one way trip would have costed Rs 5. Now with the revised rates, a trip will cost Rs 13.5. Due to the basic ticket price of an ordinary bus costing a minimum of Rs 20, the student bus pass of the TSRTC is still cheaper. It also allows for unlimited travel.

The TSRTC’s Palle Velugu buses are its biggest loss-making section, officials informed. “Buses have to be plied despite having only one or two passengers, and they are the only affordable means of transport to many hard-to-access localities in rural areas,” said another TSRTC official.

The Palle Velugu buses’ fares also saw an increase in March. The ticket prices were rounded-off the nearest denomination of Rs 5 (as it was done for all of its fleets) to deal with the issue of change with conductor-passenger transaction.

What the TSRTC aims for

The TSRTC does not operate to generate profit, but still needs to bridge the gap between revenue and expenditure to ease the financial burden.

The government has allocated Rs 1500 crores to the TSRTC this year. With that and the cess, along with the increased bus pass rates, the corporation can begin to close the divide. However, a break-even seems to be very far off without the government’s support.

“There is a big social responsibility, as citizens need public travel, For students, public transport is the most viable method of transportation,” the TSRTC official added.

An observer notes that with increasing bus pass rates of the TSRTC, people might opt to take private transport to avoid spending money on public transport. “People might choose to take private transport which allows them more control rather than pay an increased amount of money for bus fare. It is high time for the government to bear some costs so the corporation doe not have to hike prices,” he added.