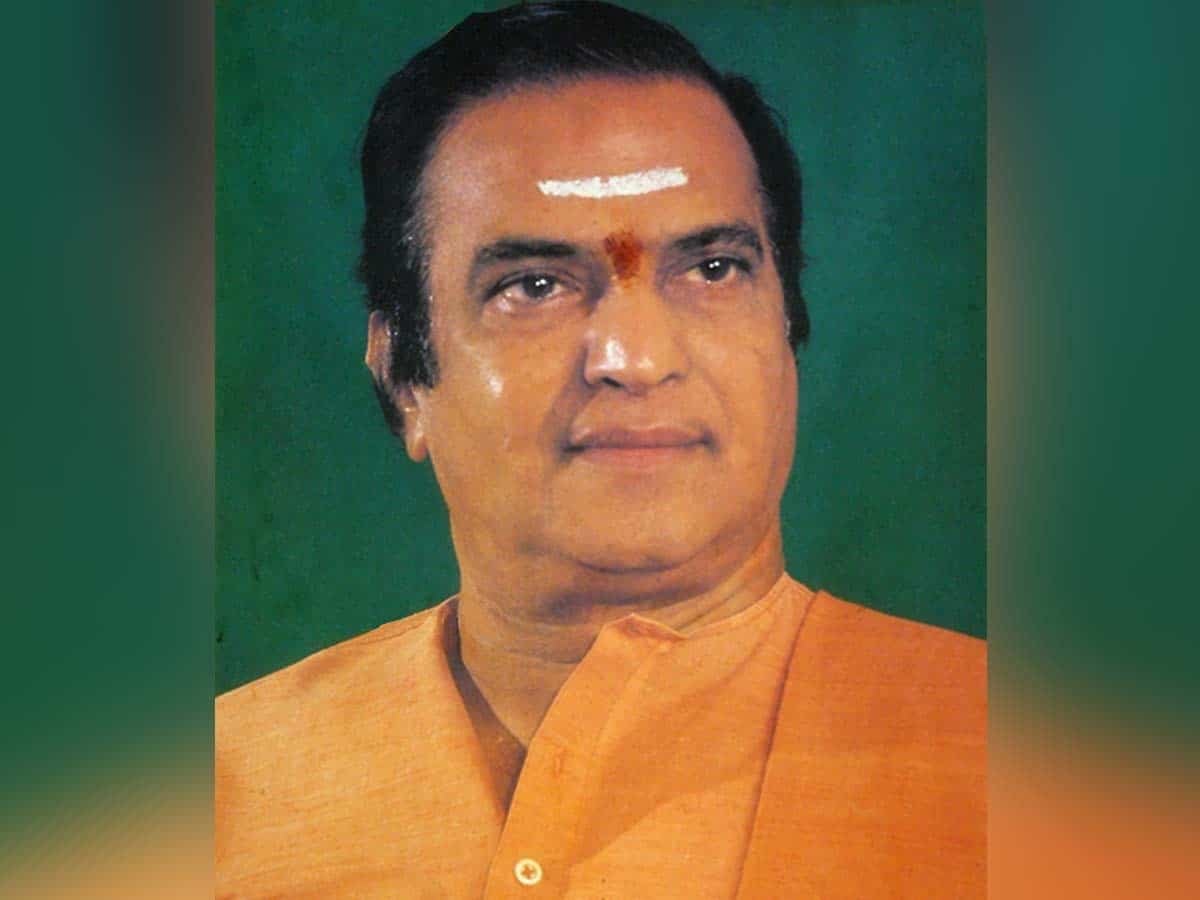 Malla Reddy and Puvvada Ajay Kumar of the TRS, MP Nama Nageswara Rao, and MLAs Maganti Gopinath and Arekapudi Gandhi of the TRS were part of the TRS troupe that paid respect to late NTR at his Ghat.

Nama told the reporters that TRS MPs will demand that the Centre declare NTR’s Bharat Ratna, the country’s highest civilian honour, in the Parliament.

Malla Reddy also requested that NTR be awarded the Bharat Ratna. Political observers believe the TRS is trying to garner votes from Andhra voters, who are concentrated in many Assembly districts in Greater Hyderabad.

On the occasion of NTR Jayanthi, actor Jr NTR paid his homage to his late grandpa, ex-Andhra Pradesh chief minister and cinema legend NT Rama Rao, at NTR Ghat in Hyderabad earlier in the day.

To avoid admirers and cameras, Jr NTR arrived early in the morning. Despite this, a large throng gathered at the venue to catch a glimpse of the ‘RRR’ actor. The guards attempted to prevent them from reaching the hero.

The late NTR’s picture would appear on a 100-rupee coin very soon, according to the BJP senior official, and they are in negotiations with the Reserve Bank of India (RBI) about it.