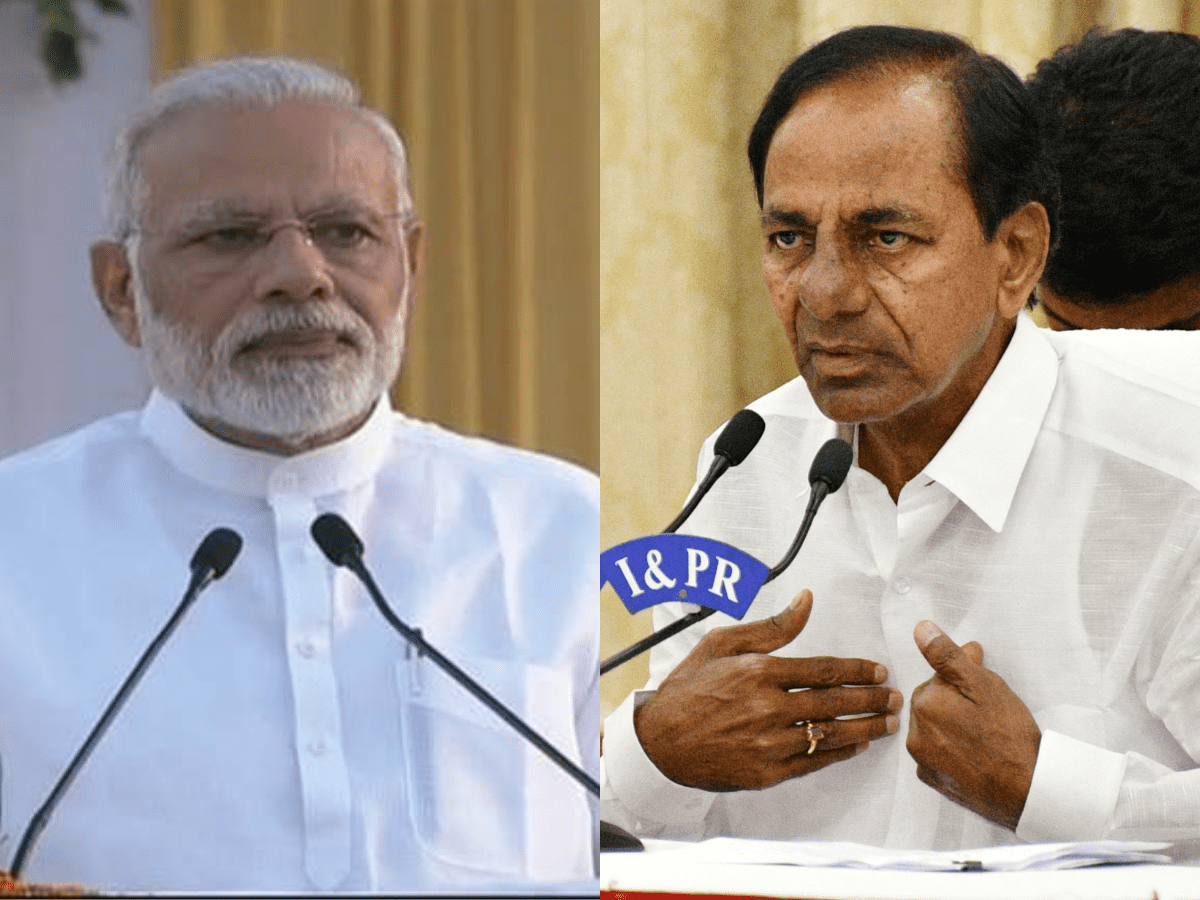 Hyderabad: Chief Minister K Chandrasekhar Rao on Saturday directed TRS MPs to raise their voices in both houses to strongly protest against the central government’s partisan attitude towards Telangana.

Rao, popularly known as KCR, held a meeting of the TRS Parliamentary party as the Monsoon session of the Parliament is scheduled to commence on July 18, an official release said.

Rao made it clear that if necessary, he would go to Delhi and hold talks with the leaders and MPs of the opposition parties, who are willing to come together in the fight against the BJP and the Centre.

The MPs were instructed to categorically reject ‘anti-people’ bills, if any, to be introduced by the Centre during the Parliament session.

Opinion: How is KCR different from Modi?

He alleged that due to the anti-people policies being followed by the NDA government, the development of the country is stalled in many sectors.

Rao further alleged that confidential information pertaining to the Centre and Telangana on financial issues was being leaked to BJP’s social media groups.

According to him, Telangana is one of the eight states, which contribute the majority share to the country’s GDP.

Under the FRBM ( Fiscal Responsibility and Budget Management Act) limits, Telangana was eligible to borrow Rs 53,000 crore, however, later the union government reduced it to Rs 23,000 crore with mala fide intentions, he claimed.

The CM asked the MPs to ‘expose’ in Parliament, the BJP’s “true colours”.