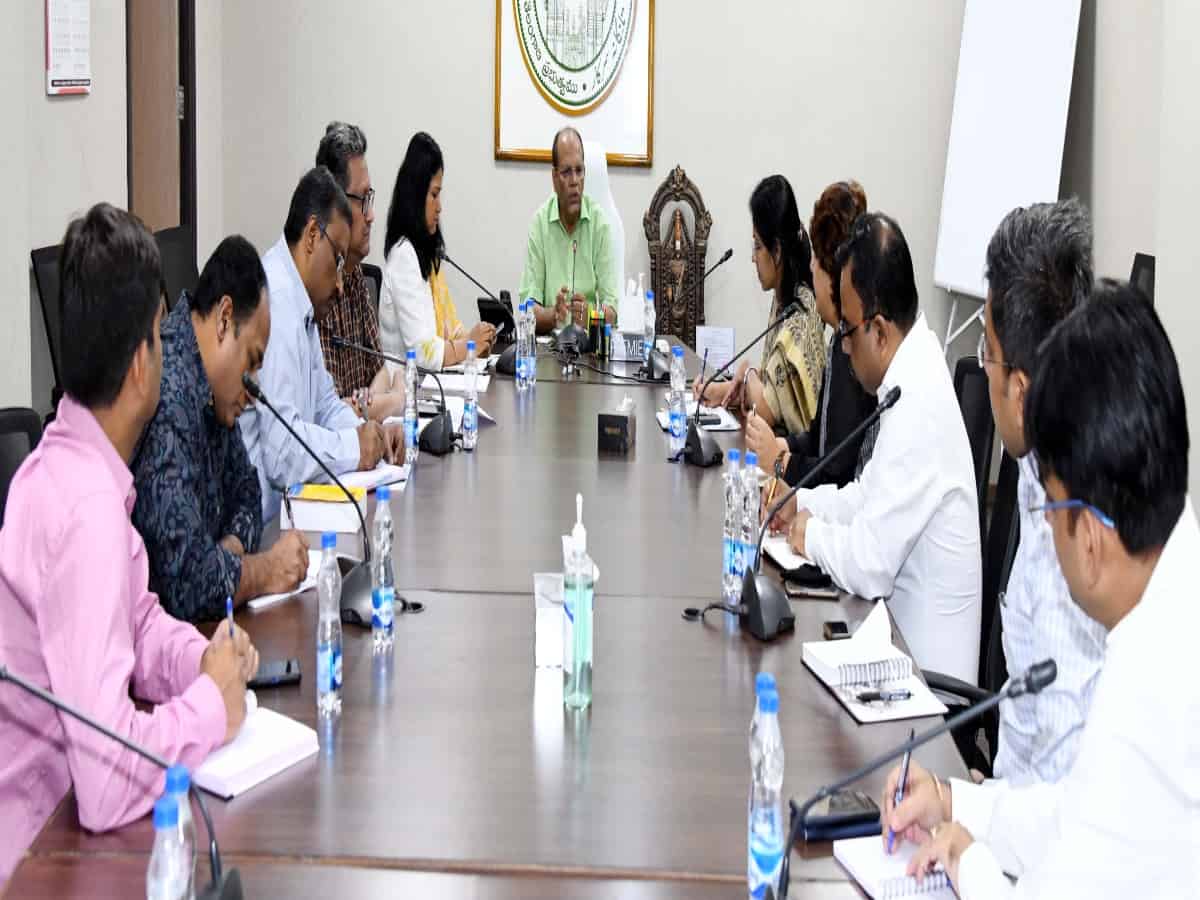 Hyderabad: A delegation from the Uttar Pradesh Commercial Taxes Department on Saturday met Telangana chief secretary Somesh Kumar, in order to study the taxation patterns in the state.

Kumar briefed the delegation regarding best practices employed by the department which have led to increased revenue for the state government, under the guidance of the chief minister K. Chandrashekar Rao, who also holds the Commercial Tax portfolio.

Early Bird Scheme: 5% rebate on property tax if paid before May

Addressing the meeting at BRKR Bhavan, he said, “The state revenue through commercial tax department has grown exponentially from around 23 thousand crores in 2014 to approximately 65 thousand crores in 2021. This is around three times more. The tax-payer base has also expanded substantially.”

The chief secretary further informed the delegation regarding the paradigm shift in the functioning of the taxation department which has become system driven. “The manual drafting of notices and proceedings has been done away with and physical targets have been replaced with task-based targets,” he said.

“The department has also been reorganised by adding several circles.  Economic intelligence units have been set up for research and analytics,” Kumar added.

The UP officials expressed gratitude to the chief secretary saying, “It was a great learning experience for them to understand the best practices (for tax) which they hoped could be implemented in their state as well.”