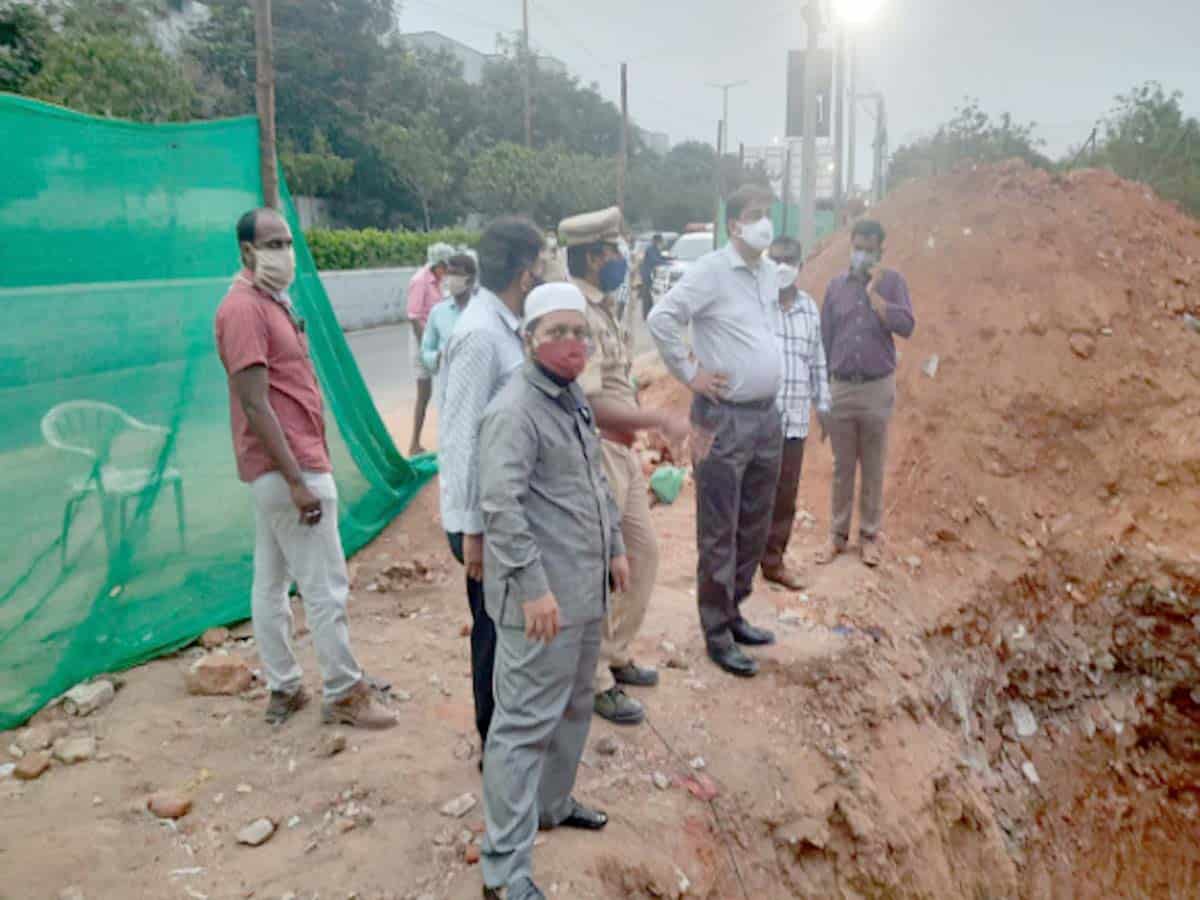 Hyderabad: Tension prevailed at Chanchalguda after locals staged a protest against the ongoing construction work for a petrol pump belonging to the Telangana jail department. Since one month the jail department has been carrying out the digging work for establishing a petrol pump on a open space abutting Muslim graveyard (Sultan Daira).

On Saturday evening while the trench digging work for fitting petrol tank underneath was underway, the locals spotted few skeleton remains of humans seems to be old graves.

Soon after this news spread in the area, scores of public gathered at the spot and strongly objected over the ongoing work for petrol pump. The locals alleged that the land belongs to graveyard and the petrol pump cannot be constructed at the spot and also that it poses risk to the nearby residential area.

Since public was gathering at the spot in large number, teams of Madannapet police were pressed into service and patrol mobile vans were stationed.A police picket has also been posted at the spot

However, a team of officials belonging to Telangana State Wakf Board comprising Dy. CEO Mohammed Safiullah also reached the spot and conducted a panchnama.

The state jail department already operates more than 13 petrol pumps in different .districts in the state and they are manned by the released prisoners and also inmates convicts undergoing sentences.