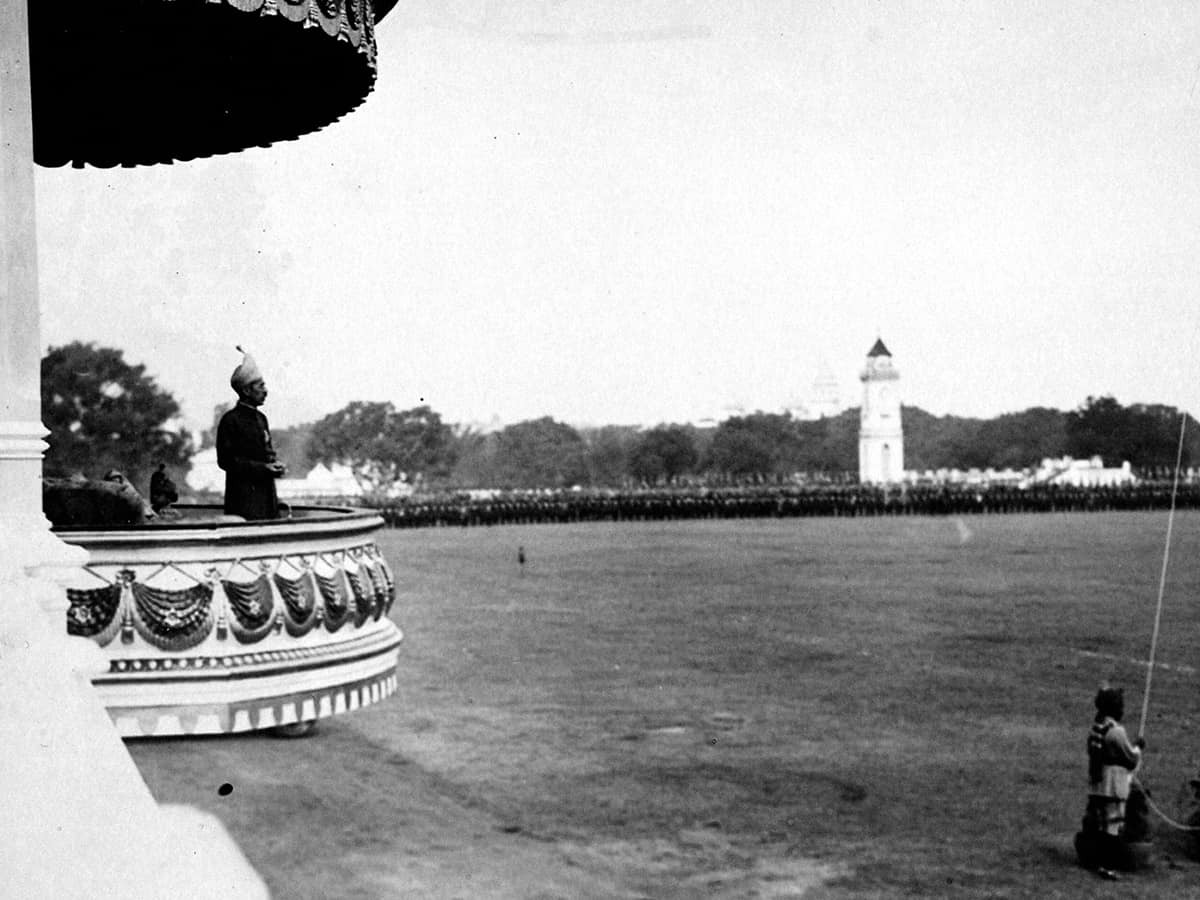 At a time when changing the existing names of old structures, streets and localities has become the norm, the name of a particular open ground, the Fateh Maidan, situated in the heart of Hyderabad has not yet been given enough thought. Fateh meaning victory and maidan meaning a plain or ground is a familiar place to all Hyderabadis and visitors who frequent the city. After all, the name Fateh Maidan given by the Mughal generals stands as a testimony to the destruction of the Qutb Shahi kingdom and Haidarabad city.

The Fateh Maidan or victory ground, situated almost opposite the main entrance to the Public Gardens, was named in 1687 after the victory of Aurangzeb’s armies over the sultanate of Golconda. Today, the Lal Bahadur Shastri stadium, an important sports complex of the city, with an indoor and outdoor stadium is located in the area of Fateh Maidan. This entire sports complex earlier known as Fateh Maidan stadium was rechristened in 1967 in memory of India’s former Prime Minister. But the area even today sobriquet goes with the name of Fateh Maidan.

S A A Bilgrami in Landmarks of the Deccan says, “During the last siege of Golconda this field was named Fateh Maidan (the plain of victory).” The Fateh Maidan which extended from the black rocks of the Naubat Pahad till Chadarghat was about half a square mile. It received its name from one of Aurangzeb’s generals who defeated Sultan Abul Hasan Qutb Shah’s troops at this site. Since this spot was also close to the Hussain Sagar tank, Aurangzeb’s military forces had set up a command camp and also established a garrison inside the walled city (in a locality now called Mughalpura). That justifies how Fateh Maidan got its name.

Then, Fateh Maidan was developed during the Asaf Jahi times when the Nizams found it an ideal open space to hold public functions. S A A Bilgrami says, “In 1853, this maidan was first used for the military parade and in 1863 and in 1883 respectively Major Rock and Colonel Neville, and General Nawab Sir Afsar ul Mulk Bahadur, commanders of His Exalted Highness’ the Nizam’s regular forces had this field paved and turfed. It was then used as a race course and polo ground and His Exalted Highness’ birthday parade was held here annually.” It is not understandable why Bilgrami refers to Mir Mahboob Ali Khan as H.E.H. which was a title bestowed later in 1918 only on Mir Osman Ali Khan by King George V.

Anyway, in general, we can understand that the Fateh Maidan over the years was converted into a recreation ground for both the Nizams, the sixth and seventh Asaf Jahi rulers. Some Hyderabadis of the senior generation who have lived those times reminiscence about the zanana being seated in the Asad Bagh, a summer palace of Fakhrul-ul-Mulk II, a noble of Hyderabad, to watch the birthday parade of the Nizams. The Asad Bagh became the Nizam College in 1887 during the reign of Mir Mahboob Ali Khan.
It is heard that the role of the maidan was also envisaged as a place to dispense justice to the common man.  But when this open public space became more of a venue for cultural activities to establish close contacts between the Nizam and the people and became an intrinsic part of the cultural schedule of Hyderabad State, the role of dispensing justice was done more in the processions in the streets where petitions were handed over to the ruler during intervals between the entertainment rituals of music and dance.

The Fateh Maidan Clock Tower and the Fateh Maidan Club are closely associated with this area taking their name from this victory ground. Dr.Yatindra Pal Singh in his new book, Clock Towers of India published in 2021 describes, “The foundation of this aesthetic clock tower was laid in 1903 by Nawab Zafar Yar Jung Bahadur, the Minister of Defence in the Nizam’s government and the youngest son of Sir Khursheed Jah Bahadur. The tower was constructed in 1904 and inaugurated by the sixth Nizam on the Silver Jubilee in 1905.The tower has gothic arches on all sides on top.”

The Fateh Maidan Stadium built in 1950 as a football and cricket stadium in Hyderabad was renamed as Lal Bahadur Shastri Stadium seventeen years later. Many cricketers have fond memories of the Lal Bahadur Shastri Stadium which they visited to play matches and the adjoining Fateh Maidan Club where they stayed. They recollect the Fateh Maidan Club with less of cricketing experiences and with more of the excellent hospitality they received there. As they say, “A cup of tea every hour, sumptuous lunch, and not an unsumptuous tea make up the daily fare.”

What is strange is that the Asaf Jahi Nizams while using the open public space, named as Fateh Maidan by Aurangzeb’s armies, for perpetuating their cultural activities and values, did not find the name of the ground unsuitable. After all, the Fateh Maidan was named when Hyderabad as a city was annihilated by Aurangzeb’s forces so completely that it becomes, in some way, a mark of the wiping out of a whole set of cultural remnants in the form of palaces, gardens, fountains, paintings, jewellery, artefacts that symbolised the high culture that was prevalent in Qutb Shahi Deccan; not to mention the terror and atrocities unleashed on the population residing here who had to flee from the city of Haidarabad to safer areas.

If we are to believe that there was continuity between the Qutb Shahis and the Asaf Jahs in the promotion of Hyderabad city and region, why did Fateh Maidan’s name not trigger any dismal broodings in the Nizams? Was it because during the Qutb Shahi, Mughal and Asaf Jahi times, Golconda Haidarabad had acquired an identity of a walled city, and by using maidans or large open spaces for public activities, the Nizams not just integrated and provided a new dimension to further enhance the visual element of Hyderabad city but it gave them a platform to initiate a public culture to secure their name and that of their earlier masters, the Mughals.

Where did Hyderabad stand in this maze? By becoming a landmark of all the three important political ruling houses, and by being subdued and illuminated turn by turn, the city never failed to show a radiance quietly imbibing pain and glory together. If only the city of Hyderabad could speak…….can we hear any whispers?

Salma Ahmed Farooqui is Professor at H.K.Sherwani Centre for Deccan Studies, Maulana Azad National Urdu University, Hyderabad. She is also India Office Director of the Association for the Study of Persianate Societies (ASPS).