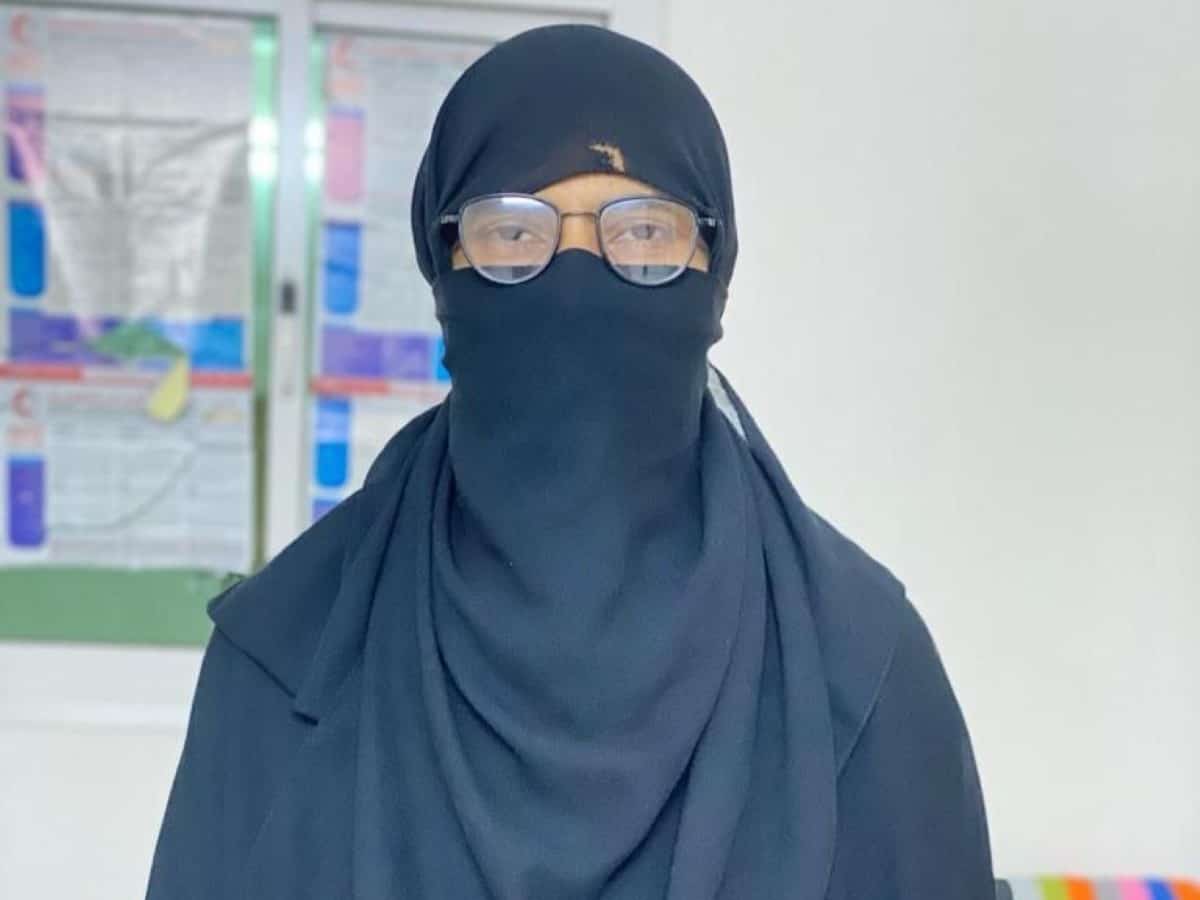 The wound in her arms was bleeding, and poor Hyderabadi woman Parveen Begum had no idea where her destiny would take her in the night hours of one dark night when she managed to escape from the clutches of her employer in Saudi Arabia.

In the middle of the night, a timid and fearful Praveen was even afraid of her own shadow. There were millions of fearful thoughts swirling in her mind.

The poor woman had no relatives nor any friends in an alien country. She kept praying to Allah until she reached a building that she was visiting for the first time. She was told by a Burmese taxi driver that this is your building, and they may help her.

Unable to read the signage on the building, the illiterate woman, nevertheless, heaved a sigh of relief when she spotted the Indian tricolour fluttering on the top.

This is how the 52- year-old reached the Indian consulate in Jeddah, the first step to reach home in Hyderabad.

How Indian consulate in Jeddah helped her?

Parveen narrated her ordeal and pleaded the staff to send her back to India. The compassionate mission heard her out patiently. At the outset, they shifted the bleeding woman to a dispensary where her wounds were treated.

The mother of three had opted for Saudi Arabia to work as a cleaner in a hospital maintenance firm, to earn money for her daughter who was to be married.

She said that her salary was 800 Riyals which was not paid regularly for the last three and half years, making it impossible to return home. It was then, in desperation, that she decided to flee.

Unfortunately, there is no designated shelter for such destitute Indian woman workers to stay in Jeddah. It was therefore hard for the consulate to provide shelter for Parveen with other female compatriots. However, officials arranged a safe shelter and provided food for over a month.

Since her Iqama was issued from Riyadh, she was required to go there for 950 kilometers to sort out her complaint as she was blacklisted by her employer and then seek visa cancellation to return to India.

In such cases, aggrieved workers have been directed to approach local authorities in the concerned jurisdiction. However, in the case of Parveen, consul general Md. Shahid Alam stepped in and took up her issue with Saudi officials and insisted on cancelling her visa from Jeddah as a single woman was not able to travel over there. After prolonged efforts, the consulate successfully obtained her exit from Saudi officials. The consulate also provided a ticket for her return.

Parveen was successfully repatriated to Hyderabad on Friday.

“I feel rejuvenated, whenever I visit my country’s office and salute the tricolor”, says Parveen.

“I am just short of words to say thanks to bade saab (CG) and Madam (Consul Hamna Mariyam) and I pray for them in every Namaz”, she added.

The destitute woman also hailed Abdul Hameed and other women from Kerala who helped her during her stay in Jeddah.