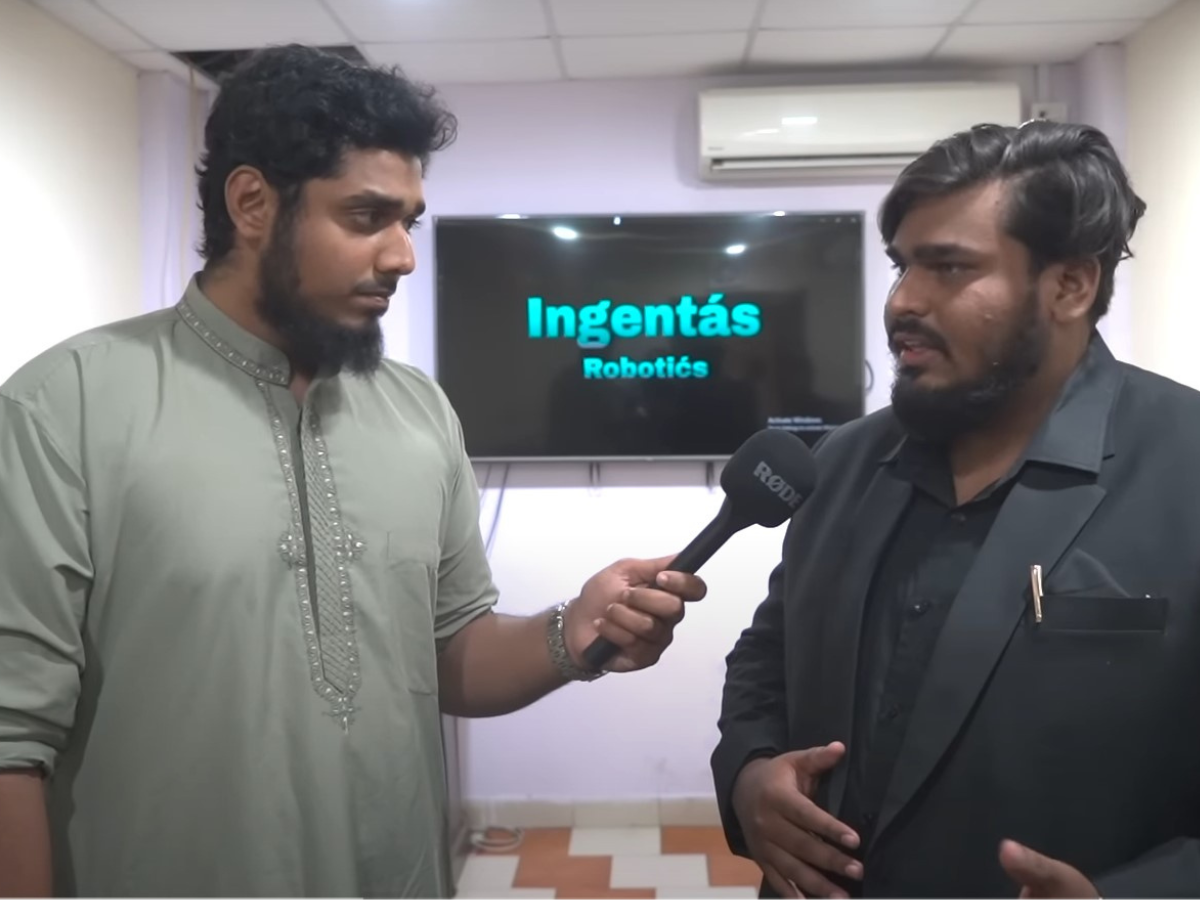 Hyderabad: Realizing that any type of access to learning robotics and artificial intelligence is not available to most people, Ingentas started off in 2021 with its vision to empower local communities by teaching them technologies that will be more relevant in the future. It’s a first-of-its-kind workshop in Hyderabad, completely run by engineering graduates and students that aims to make the city a hub of robotics.

Tahami Mundewadi, who has been in the field of robotics for the last four years is the founder and CEO of Ingentas. Speaking to Siasat.com, he said that joining the Robotics club at Muffakham Jah College of Engineering (MJCET) helped him learn and grow more in the pursuit of his passion.

Hyderabadis can now be part of The Kapil Sharma Show, here’s how

“Everything from a vacuum cleaner to the robotic arm used to build cars, all are based on robotics and artificial intelligence, we are living in an interesting time where even surgeries are being performed by robots,” Mundewadi remarked.

He further added that the world is moving at a very fast pace in this direction and that we have to be in this race and compete with the others.

Ingentas is teaching people everything from basic batteries, jumper wires, buzzers, and sensors to the robotic arm, NASA’s Mars rover, and A.I.-driven drones.

Mundewadi stated, “you don’t necessarily have to be an engineering student to learn robotics, anything with passion can come.”

Furthermore, the CEO of Ingentas added that he believes that in 50 years everything will be based on robotics. “And to make anything mainstream in society we have to begin from the school level and that’s why we have classes from third-grade level all the way to advanced post-graduate level,” he remarked.