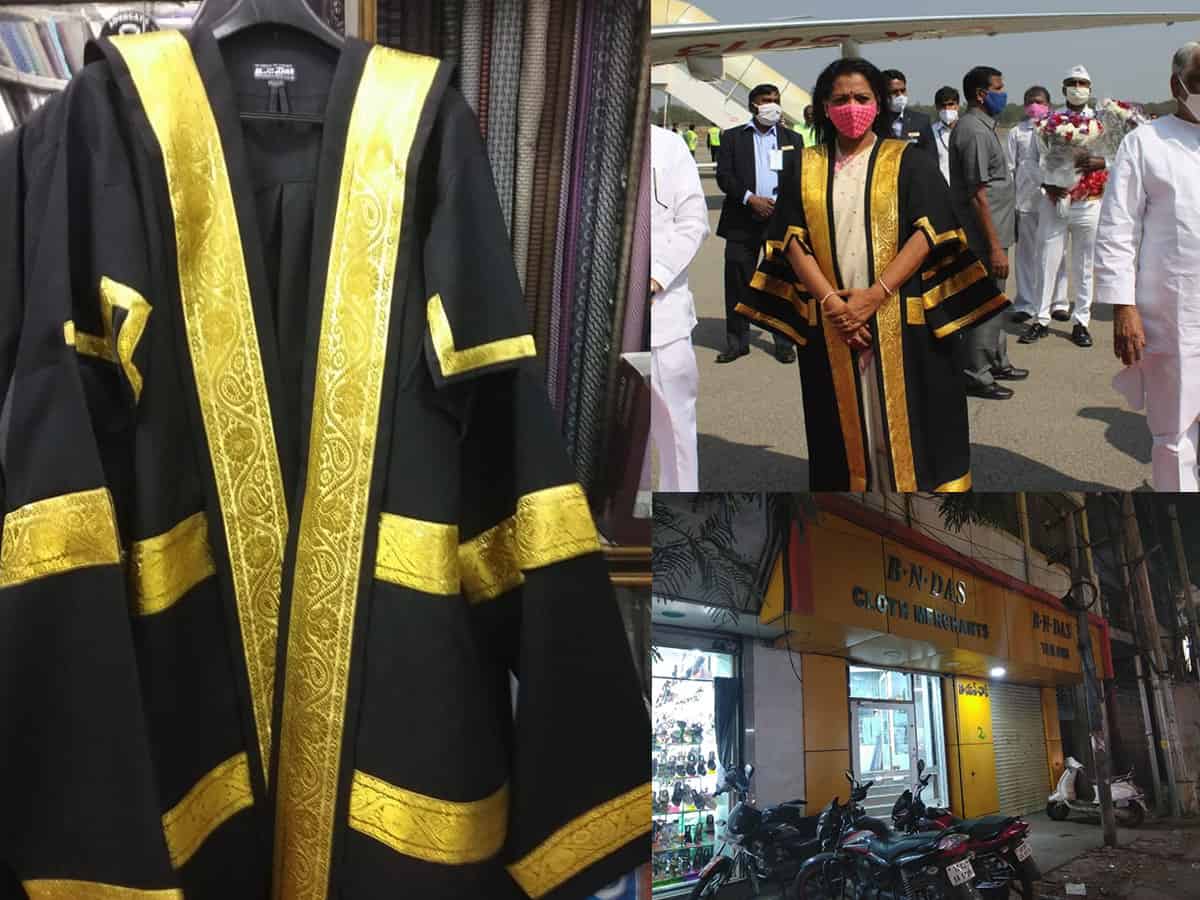 Hyderabad:  Second-time corporator Gadwal Vijayalaxmi on Thursday took charge as the Mayor of Greater Hyderabad Municipal Corporation (GHMC). She was elected by a popular vote of the newly elected corporators in the GHMC’s council hall.

As her predecessors, she too will don the iconic black-colored gown, signifying the importance of the city’s top post. A tradition that was passed onto us by the British rule, the Mayor—who is the first citizen of the city—will wear the gown as he/she assumes charge. The hands that craft it, thus, deserve a special mention.

For Hyderabad, there is only one family that deserves praise for designing and stitching the gown since 1965, when Sarojini Pulla Reddy was elected the Mayor of Municipal Corporation of Hyderabad (MCH). Set up in the year 1935, B.N Das Tailor store in Sultan Baazar has been on the job since then.

From Sarojini Pulla Reddy in MCH to Bonthu Rammohan in GHMC, it was BN Das’ shop that stitched the gown for them.

Praveen Baheti, the current owner of B.N Das Tailor said, “We usually take 15 days to stitch the gown. But this time around, we completed it in just one week for newly elected Mayor Vijayalaxmi.”

Speaking to siasat.com, he said, “We are from Rajasthan, my grandfather and his family shifted to Karnataka and in the 1920s, he came to Hyderabad to start the tailoring unit.” Praveen is the third generation of the Baheti family.

A comfortable T-wear, which doesn’t become wrinkly easily, the Mayor’s gown uses a different variety of cloth. “We usually give a choice between three to four varieties of fabric, of which the Mayor themselves choose. The cost ranges between Rs.10,000-80,000 accordingly,” Praveen said.

Apart from the Mayor’s dress, BN Das’ store also makes robes for court personnel and those in universities. “COVID-19, like everyone else, hit us hard as courts and universities were shut. Now, things have been better,” the owner said.