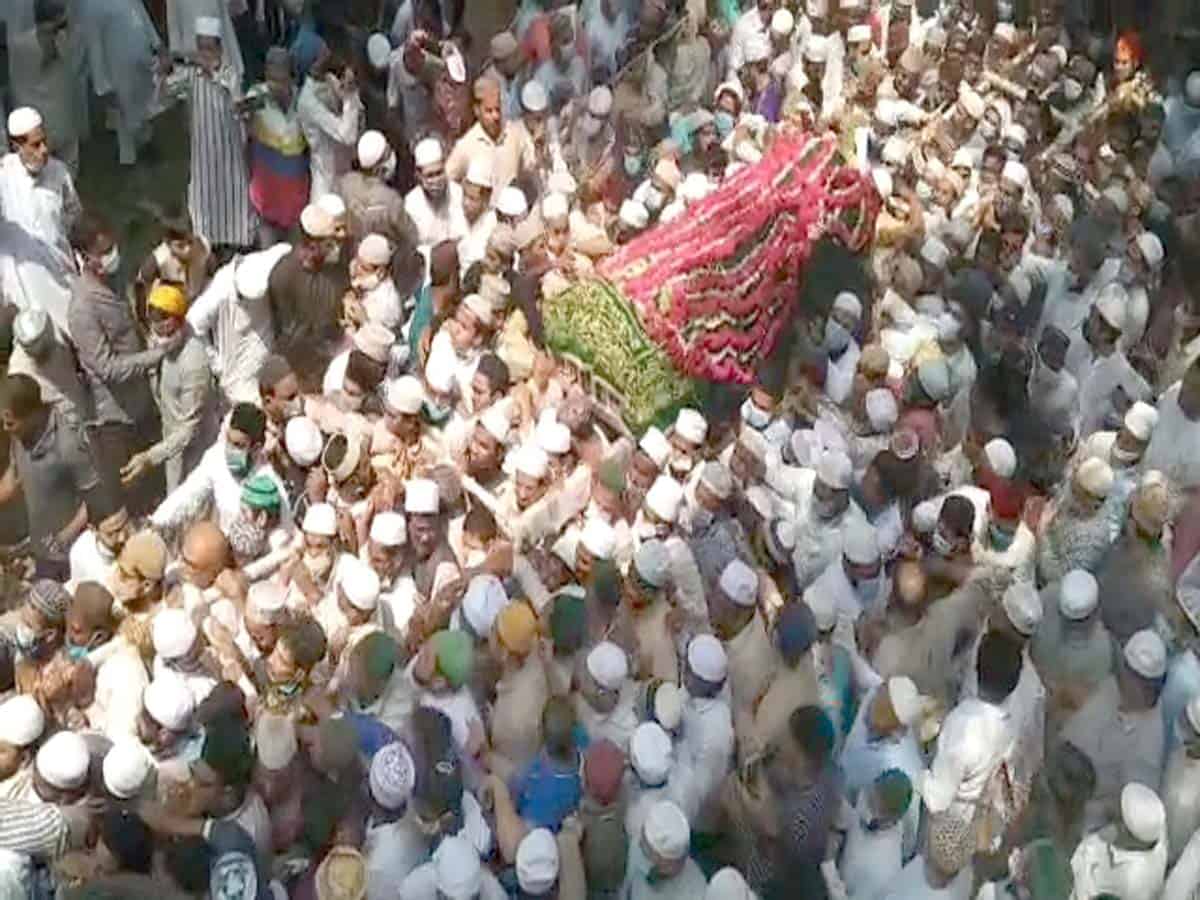 The head Mufti passed away Friday night and his mortal remains were kept at jamia Nizamia and funeral prayers were performed at Madrassa premises after the Zohr prayers.

During the funeral procession thousands of people took part and he was laid to rest at Dargah Hazrat Shujauddin Qadri, Grave yard at Edi Bazaar.

Mufti Azeemuddin has been with Islamic seminary for decades, and his knowledge of Islamic scriptures was widely respected.

He was also associated with Daeratul-Ma’arif in Hyderabad, which acquires, compiles and prints unusual Arabic manuscripts.