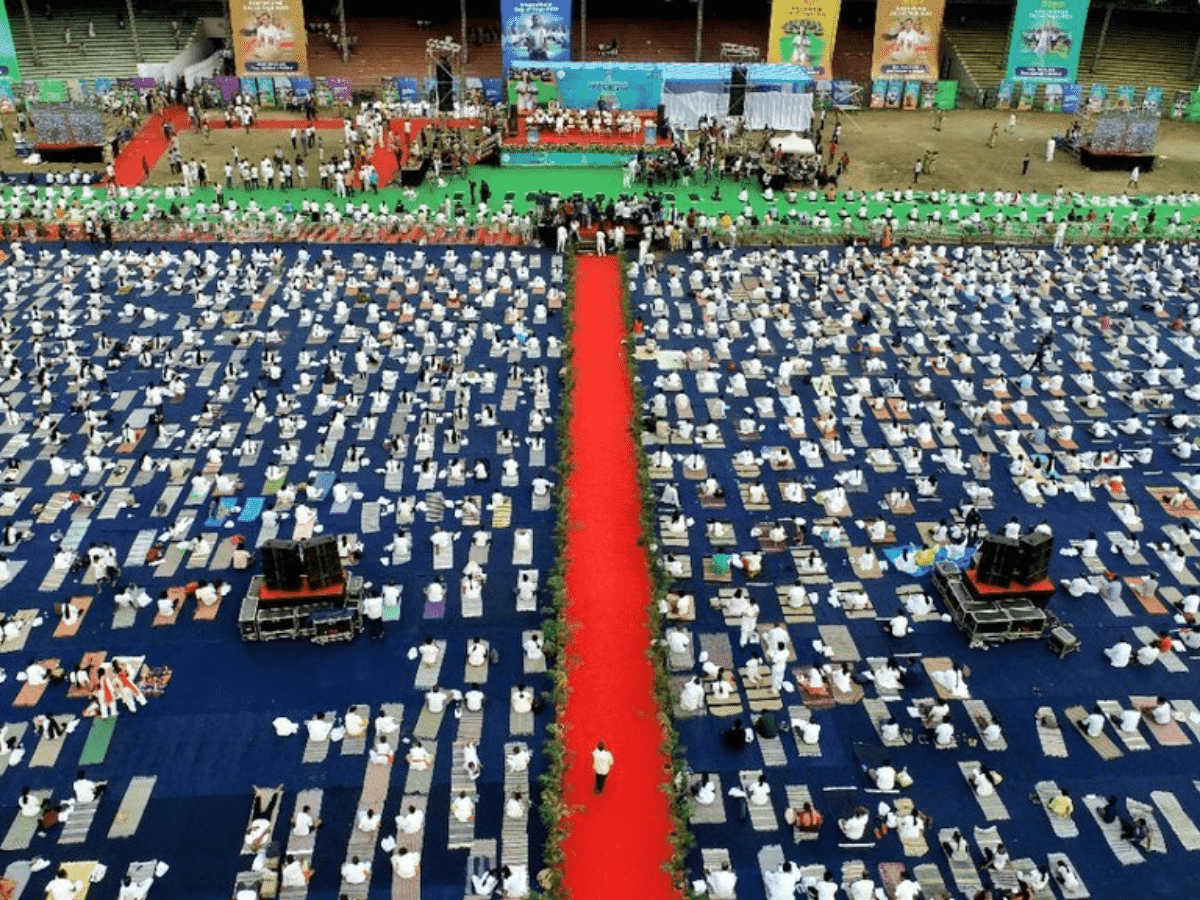 Hyderabad: Thousands of people from various walks of life on Friday participated in the Yoga Utsav in Hyderabad to mark the 25-day countdown to the International Day of Yoga.

The event was organised at the Lal Bahadur Shastri Stadium by the Union Ministry of Ayush with the support of the Telangana government.

Telangana Governor Tamilisai Soundararajan; Union Minister for Ports, Shipping and Waterways Sarbananda Sonowal; Union Minister for Tourism and Culture G. Kishan Reddy; and Union Minister of State for Women and Child Development and Ayush Munjpara Mahendrabhai Kalubhai also participated in the event held under the theme ‘Make yoga a part of your life’.

The session was directed by Ishwar V. Basavaraddi, Director, MDNIY. The event was aimed at creating awareness about the various dimensions of Yoga and its ability to enrich human lives.

Speaking on the occasion, Sonowal called for celebrating rich heritage by making yoga a part of life saying it enriches health and mind.

He said under the leadership of Prime Minister Narendra Modi, yoga has got the necessary platform which has helped build the brand India image.

He hoped that the success of Friday’s event will give further momentum towards the eighth International Day of Yoga on June 21 in Mysuru where Modi will lead the elaborate celebration involving enthusiasts and practitioners from across the world.

Sonowal announced a “Guardian Ring”, whereby the yoga celebrations happening across the world will be relayed throughout on June 21.