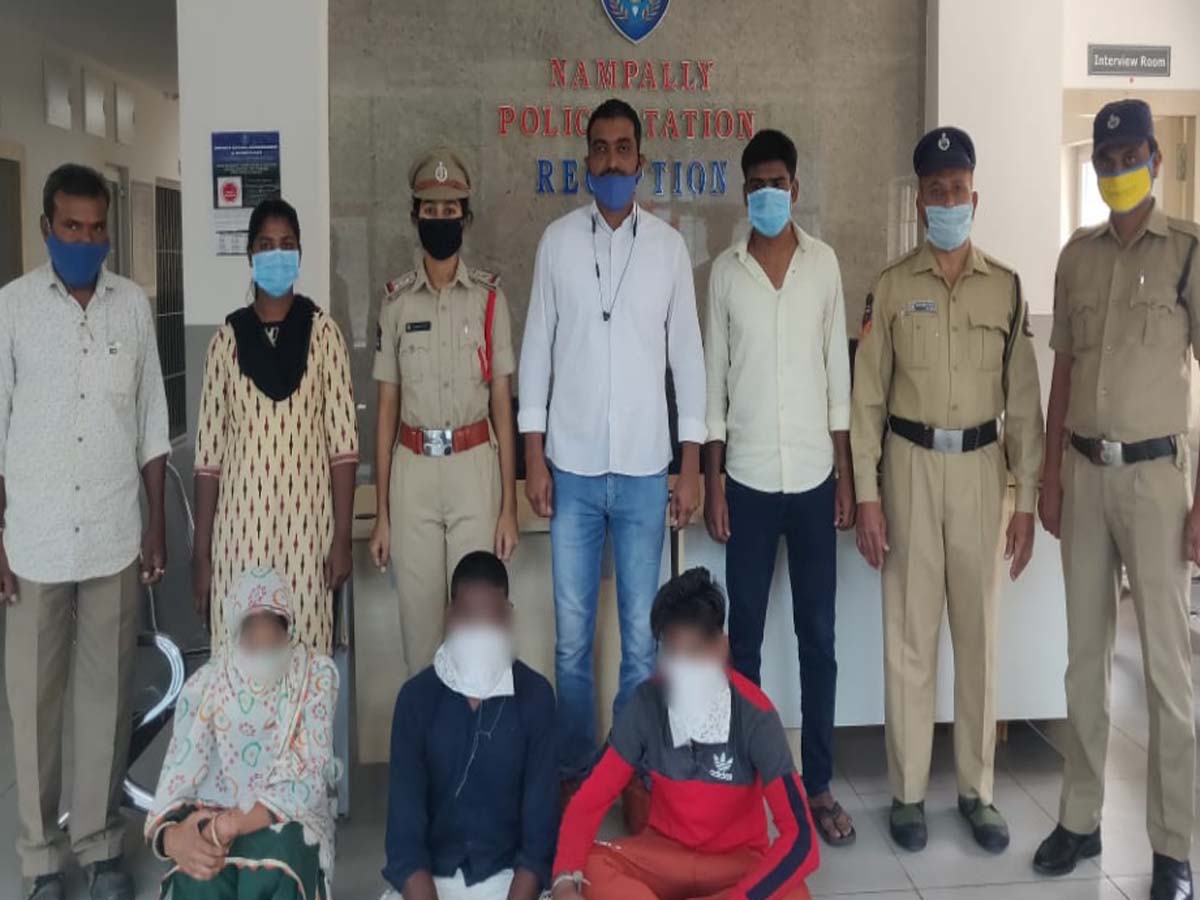 Hyderabad: The Nampally police have arrested three accused including a woman hailing from Bidar in connection with the murder of a car driver from the Hyderabad city.

According to the Khaleel Pasha, Inspector of Nampally police station, On March 5, Shiva Kumar and his wife Imtiyaz Khanum hired the taxi of Aslam Khan nearby Nampally railway station go to Bidar. Ravi too joined them in midway.

Shiva Kumar is a native of Delhi, Imtiyaz Khanum of Bidar in Karnataka and Ravi of Bidar, all three planned to loot the car of the taxi driver.

He further said when the taxi reached near Bidar, Shiva Kumar strangulated Aslam with a cable wire and after the murder they dumped the deadbody in the jungle area and fled from crime scene with the deceased car.

Later they sold the car as scrap for Rs.14, 000 in Bidar. Though Nampally police registered a missing case initially, they altered to murder case after the accused were tracked and confessed to crime.