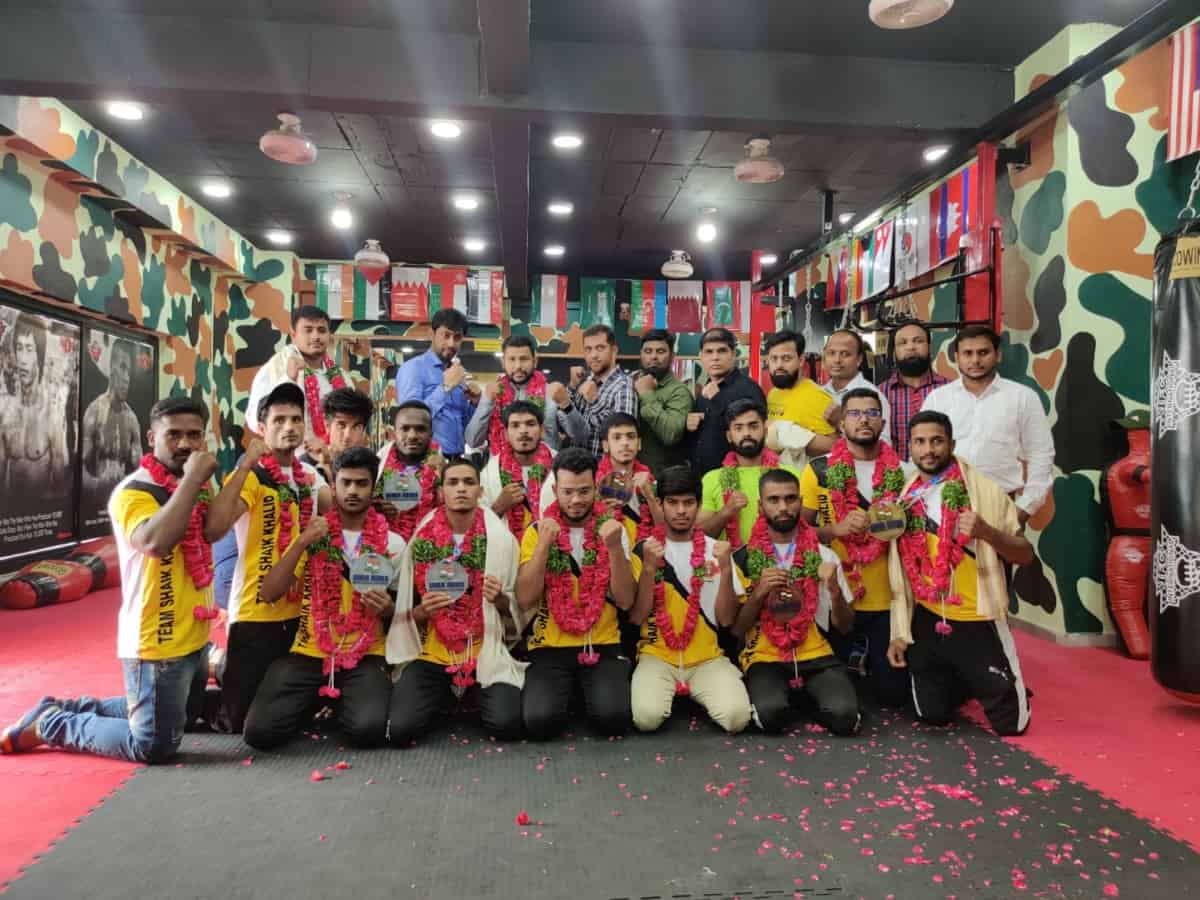 Hyderabad: Three mixed martial arts (MMA) fighters from Hyderabad have been selected to represent India in the MMA world championship which is to be held in Kazakhstan in November.

The three players were recently part of the 16-member team representing Telangana in the Indian Open Mixed Martial Arts Championship 2021 held in Indore from 10 to 12 September. The team bagged as many as nine medals: two gold, four silver, and three bronze medals.

Based on the performance in Indore, world champion Mohamed Mahboob Khan, Rama Krishna, and Mohammed Abdul Aziz were selected to represent team India in the world championship.

The head coach and founder of Telangana Association of Mixed Martial Arts (TAMMA) Shaik Khalid told Siasat.com that the team practically swept most of the gold, silver, and bronze medals in Indore.

“The extremely fit, agile and energetic fighters of the team under the guidance of Shaik Khalid and ably trained by coach Mohammed Bilal and team manager Fahad dominated the National Championship 20201 and secured a place in the world championship,” read a statement from International Fighting Club (IFC), Hyderabad, where the fighters train for MMA.

“We can see world champions in every sport from every galli in Hyderabad, that’s how much talent we have in the city, but unfortunately these sports stars don’t come from very privileged backgrounds,” he told Siasat.com

He added that as a result of a lack of financial support, many champions later go on to get a small job here and there or become train others, but people never get to see their glory.

If we have to see the next Khabib Nurmagomedov or a Mike Tyson from Hyderabad, we should financially support the kids who are coming from the streets to fight in the rings and provide them the level of professional training they need, Khalid said.